USC's Social Media Insights Lab was monitoring all the reactions and broke down what South Carolinians were saying online. 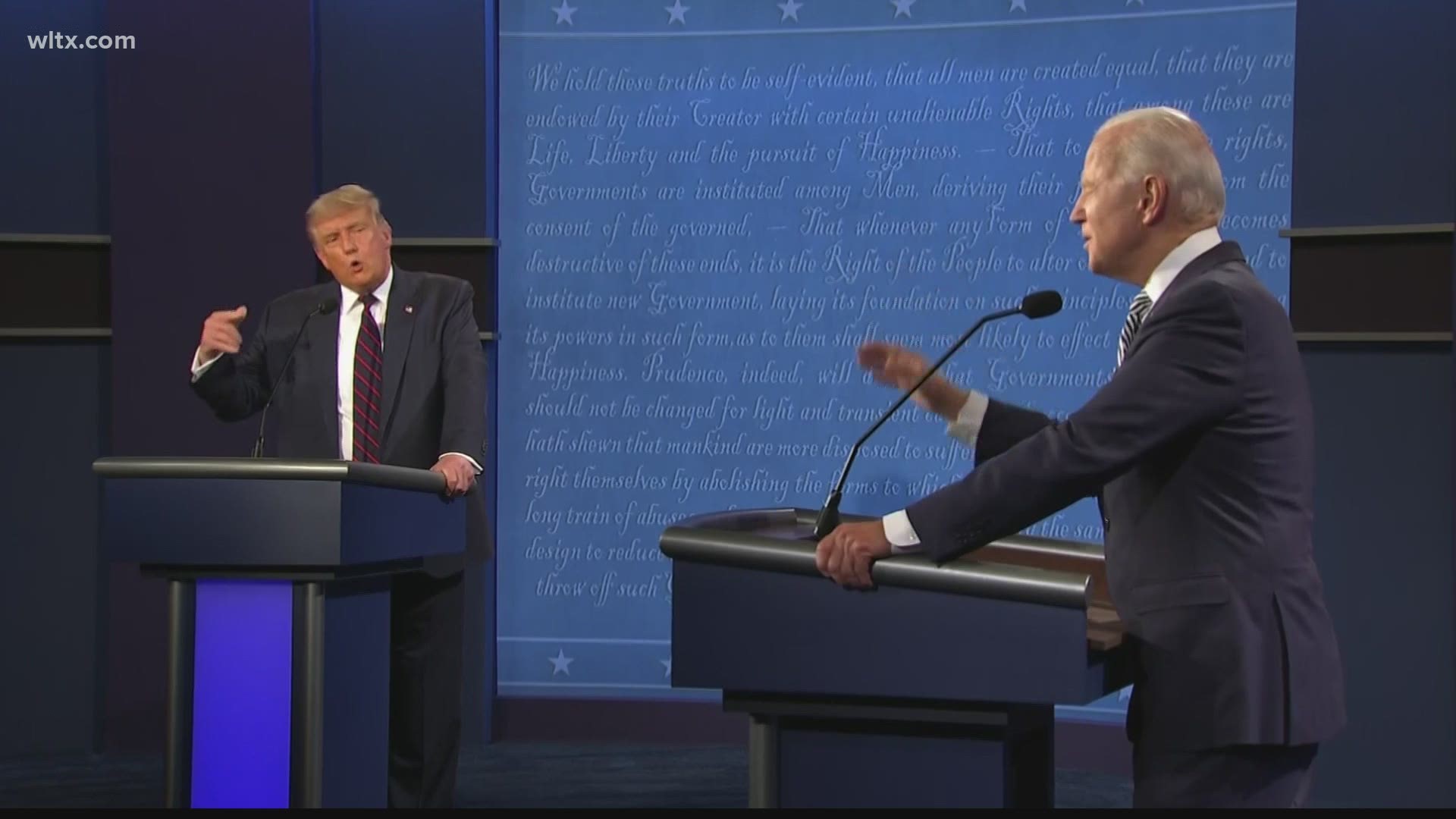 COLUMBIA, S.C. — Social media was buzzing during and after the presidential debate Tuesday night.

RELATED: World reacts to 'chaos,' 'rancor' in US presidential debate

USC's Social Media Insights Lab was monitoring all the reactions, and broke down what South Carolinians were saying online.

"I think there was sort of a chaotic energy to the debate last night and I would say social media reflected that," Kait Park said.

"The peak of last nights conversations came around 10 p.m., so kind of at the height of the debate last night and just afterward," Park said.

Park said the views expressed online were similar for both candidates, which she said is a bit unusual.

As far as the President and the former Vice President's mentions go, Park said Biden was mentioned slightly more than Trump.

But she also said the conversations were not just about the two candidates.

"The concept of interruption came up quite a bit, some people talking about Donald Trump speaking over Joe Biden, speaking under his breath when he was answering certain questions, but also the moderator himself, Chris Wallace," Park said. "Really coming under attack, a lot of people really focused on Chris Wallace."

Park said many were already chattering about how the next debates would go, but wants to remind everyone their social media findings are not polls.

"We cannot determine if the people who are talking about this today are actually going to go and vote, but it is a barometer," Park said. "It is a good way of assessing how people feel and maybe not necessarily predicting how people are going to vote but showing a correlation."

The condemnation of white supremacy and the call out of the Proud Boys has gotten SC social users talking into Sept. 30. Conversations specifically about the group have grown. Negative sentiment spiked during the debates but has increased again during today's news cycle. pic.twitter.com/0H92AglhrW