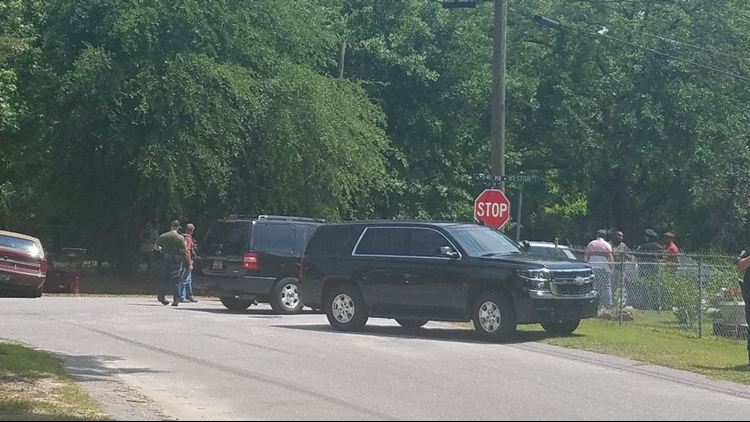 COLUMBIA, S.C. — A wanted man tried to escape police with a car chase, then a foot chase, but he still ended up in their custody.

He was wanted by the SC Department of Corrections for trying to bring contraband into one of their facilities, according to Columbia police.

When police located the man and tried to initiate a traffic stop, he continued driving and crashed into a ditch and small metal fence. Then, he took off running. He was eventually captured by police, along with U.S. Marshals.

A young girl was found inside the crashed car, and taken to a local hospital as a precaution.

Police tried to question the man, but ended up taking him to a local hospital when he complained of stomach pains. A charge for unlawful conduct towards a child is expected in this case.