At a press conference, Richland County political and religious leaders denounced what happened last Tuesday and said it could not continue 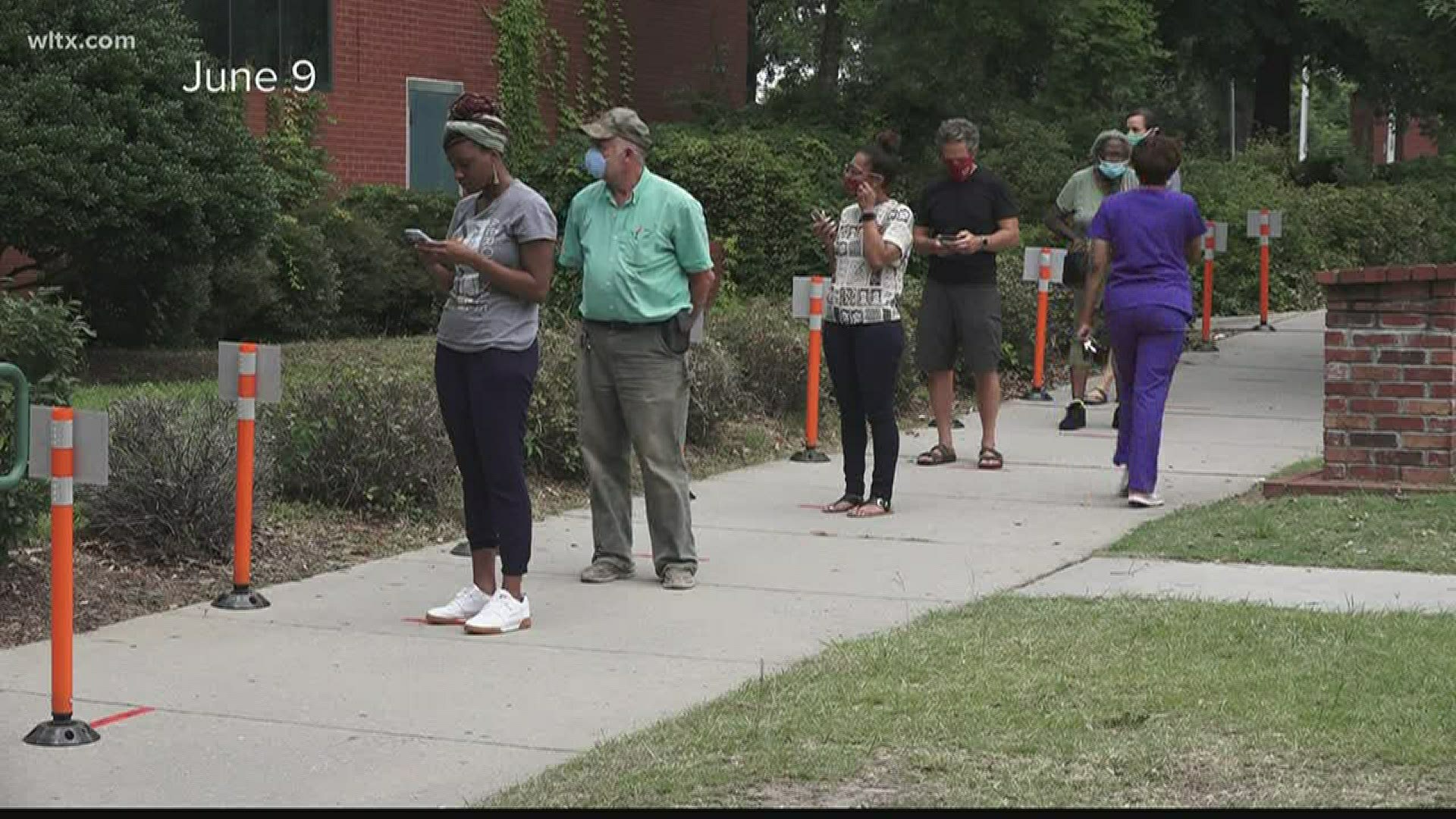 COLUMBIA, S.C. — One of South Carolina's largest counties is still dealing with fallout from a rough election day last week.

“Don't be discouraged, we ask that you continue to vote. And we say to the Commission, the authorities for the election commission, we got to get it right. Time is running out. We've been fumbling the ball too long, it's time to get it straight,” McLawhorn said.

The church and political leaders are concerned about last Tuesday’s long lines, confusion over new polling locations, and reports of incorrect ballots.

“This has been described, and I got play by play texts all evening, as an experience that was inhumane, it was merciless, and discouraging. Certainly, what we witnessed, was an act of voter suppression. So, we're not asking for anything that is not impossible to do,” Coleman said.

Coleman said on Tuesday she received texts about a pregnant woman who stood outside for hours, only to pass out once she got inside her polling location. After collapsing and receiving medical attention, Coleman said the woman was never able to vote.

After hearing from state lawmaker Beth Bernstein, (D) Columbia, the State Election Commission is now stepping in to help organize the runoffs.

Thigpen recounted a story of how he argued with County election officials to let people, still in line in their cars trying to get into the parking lot, vote after polls closed at 7pm.

“We're focusing on the issues they had on June 9th, ballot styles, COVID procedures, and that sort of thing to make sure we're addressing the shortcomings from June 9th,” Whitmire said.

The Commission, which Bernstein said has legal authority to involve itself in County election procedure, will help with the runoffs and then make a decision about November, according to Whitmire.

On June 23, Richland County Council Districts 7, 8, 9, and 10 will have Democratic candidate runoffs.

Whitmire said if you're eligible, use the same precincts again.

“On June 9th, a lot of voters in Richland County voted at a different place than they were used to voting at. That will remain in effect, you'll go back to the same place you voted at on June 9th,” Whitmire said.

The SEC will also provide absentee voting support and will have resources on-hand for election day and evening next week.

If you voted in the Republican primary last week, or do not live in one of those Council districts, you are not eligible to vote in the runoffs on June 23.

You can check your district and registration here.