Read Without Seeing, A Resource For Those Who Have Lost Their Sight But Not Their Vision

It's because of programs like this that the visually impaired are able to enjoy some of the same things most of us take for granted. And there's even an app for that. 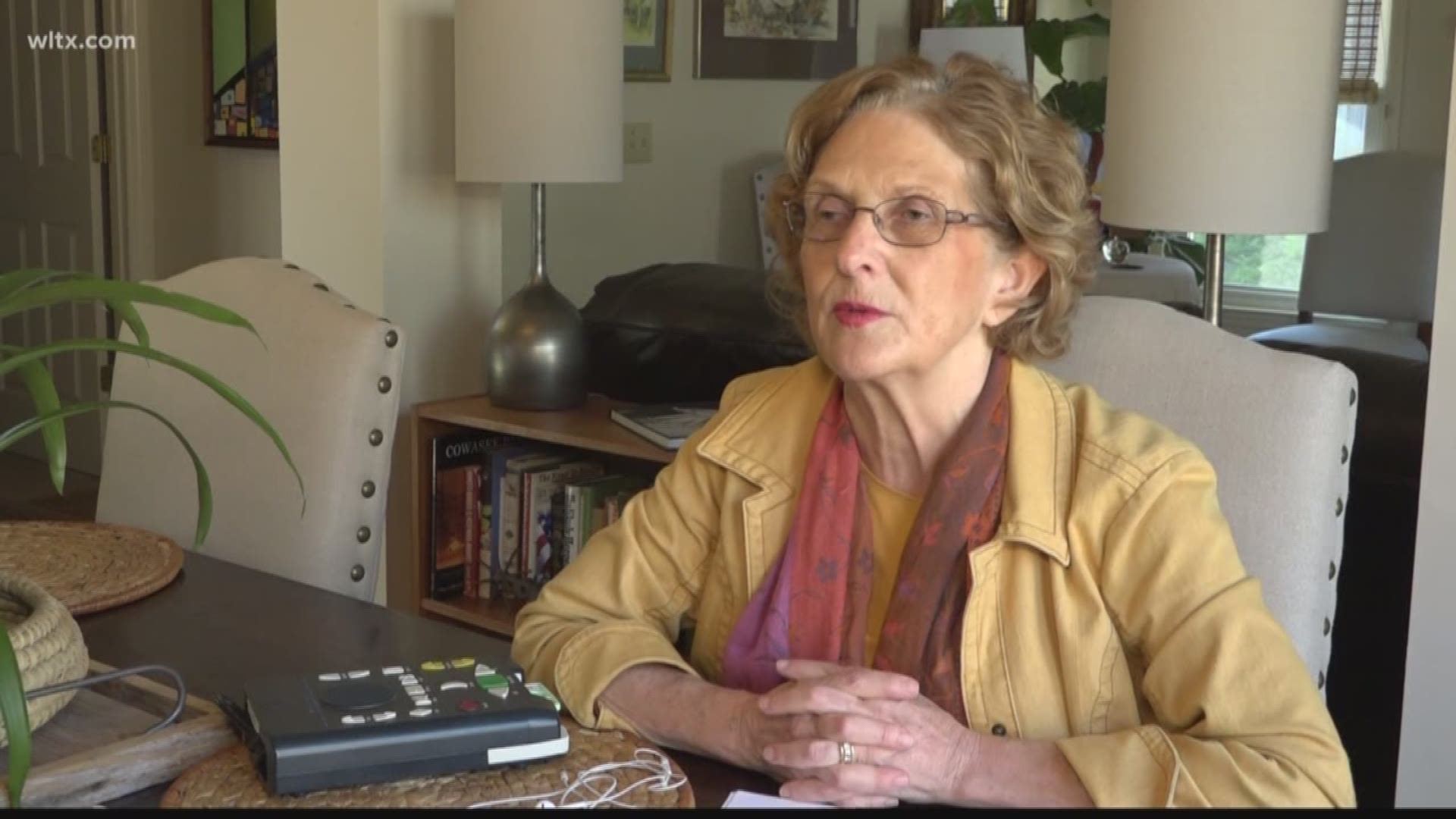 Columbia, SC (WLTX) — It was 30 years ago when Ann Humphries first noticed something was wrong with her vision.

"This has happened since '87. It just gradually went down, down, down to straw," Humphries says, referring to her vision.

Until in 2011, she could only perceive light.

"I can say the word now, I'm blind," she says, recalling a time when saying it out loud was much more difficult.

As you can imagine, being told you're going blind can be devastating. Learning to navigate the changes of blindness can be harder still. Those who weren't always blind lose the ability to drive, or even walk down the street alone.

One of those things comes from a mostly volunteer program put on by the South Carolina State Library, where studio manager Ron Whitten works tirelessly to make sure books can be heard when they can no longer be seen.

Whitten says, "With our service, we cover South Carolina. If we didn't cover it, then it wouldn't be available through National Library Service for the blind patrons."

Books, newsletters and monthly magazine articles are put to digital. A few hours of recording here. A few hours of editing there. It takes many hours when it's all said and done, until each project is ready be sent out. And the program is free of charge.

The reading is done completely by volunteers. Local South Carolina author C. Hope Clark is one of those volunteers.

Clark says, "I did not even know this service was out there. And the thought that somebody could have access to my books that wouldn't ordinarily have access was just a perk for me. It was a way to give back. I thoroughly enjoy it."

This service has been around since 1973. And with over 80,000 titles, there are now over 6,000 people in South Carolina who use it -- people like Ann Humphries, who sees things now in just a little different way.

"Sense of direction. I can feel the wind. The way the sun falls on me, I can judge the time that way. You have to have some common sense and a sense of humor," says Humphries.

It's because of programs like this that the visually impaired are able to enjoy some of the same things most of us take for granted. And there's even an app for that.

Humphries says, "There's a whole world out there for people helping those of us who have lost our sight. Not our vision, just our sight."