From Calhoun Academy to Clemson, Spiers hitting his stride in his senior year

Will Spiers is having the best streak of punting in his four years at Clemson and it's led to an award from the ACC. 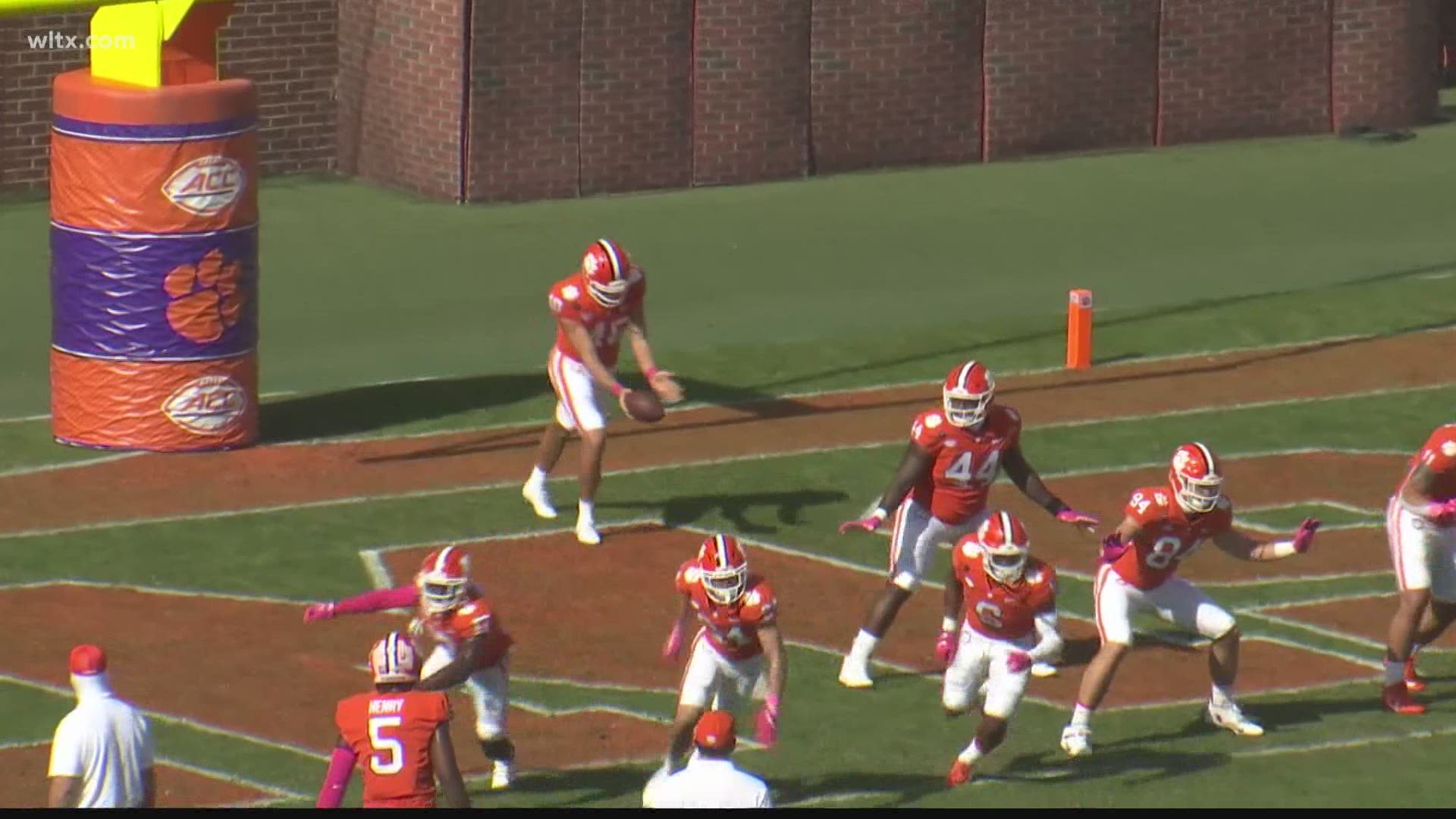 Calhoun Academy is a Class A SCISA school just outside of downtown of St. Matthews. It can lay claim to having the starting punter for the top-ranked team in the country.

Will Spiers played quarterback and he punted at Calhoun Academy. He is a four-year starter at that position and in his final season with the Tigers, Spiers is having his best string of games.

Against Syracuse, he averaged 53.6 yards on five credited punts, including four of 50 yards or more against Syracuse. It was his third straight game with a punting average of 50.0 yards or more, a career-long streak. For his efforts, he was named the ACC Specialist of the Week, his second such honor.

Among Spiers' four 50-yard punts was a career-long-tying 64-yard punt in the first quarter, matching 64-yard punts against Louisville in 2017 and against Charlotte in 2019. He also converted a fourth-and-3 on a fake punt with a six-yard rush in the second quarter. It was the third career first down for which he's been responsible but his first via rush. Spiers threw for a first down on a fake punt in 2017 and threw for one at Georgia Tech on Oct. 17 this year in his role as Clemson's emergency quarterback.

Will is the son of former Clemson punter Bill Spiers who also played baseball at Clemson. The elder Spiers spent more than 10 years in Major League Baseball. He returned to Clemson to earn his degree and joined Dabo Swinney's staff as a senior assistant.