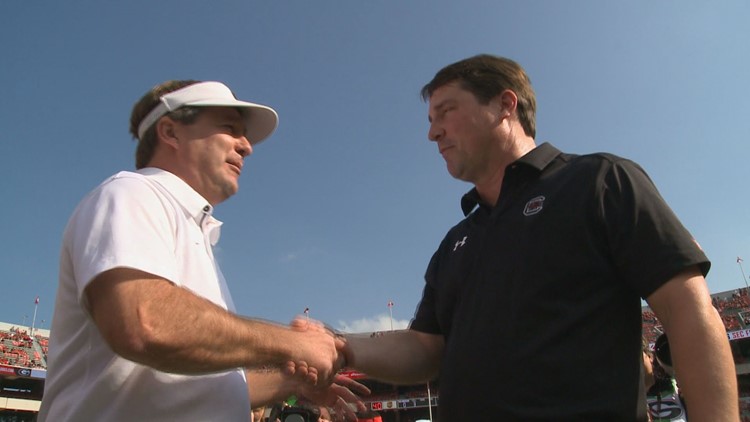 No nostalgia for Muschamp in Athens

He is a Georgia graduate who admits his former college coaches had a tremendous influence on his career. But Will Muschamp will not be taking any trips down memory lane when he arrives at Sanford Stadium.

Now that Muschamp is in the coaching profession, trips to Athens now center on games and recruiting and not nostalgia.

"I'm worried about the ball game and winning, so don't really think too much about it," Muschamp said..

"I've really only been back to Georgia one time at LSU, one time at Auburn, and one time at South Carolina in my coaching career. I think as a GA, maybe at Auburn, two different times at Auburn, so I think four times since 1994 have I even been back to Athens, other than I've been recruiting there a couple of times, but no, we had a great experience."

Kickoff in Athens against third-ranked Georgia is set for high noon at Sanford Stadium. Like Muschamp, Georgia head football coach Kirby Smart is also a graduate of the Bulldog program. The two worked together at Valdosta State and LSU.