Melvin Watson is a State Champion

The former Gamecock and current South Pointe Head Boys Basketball Coach guided the Stallions to a 52-50 victory on Saturday to win the Class 4A State title. 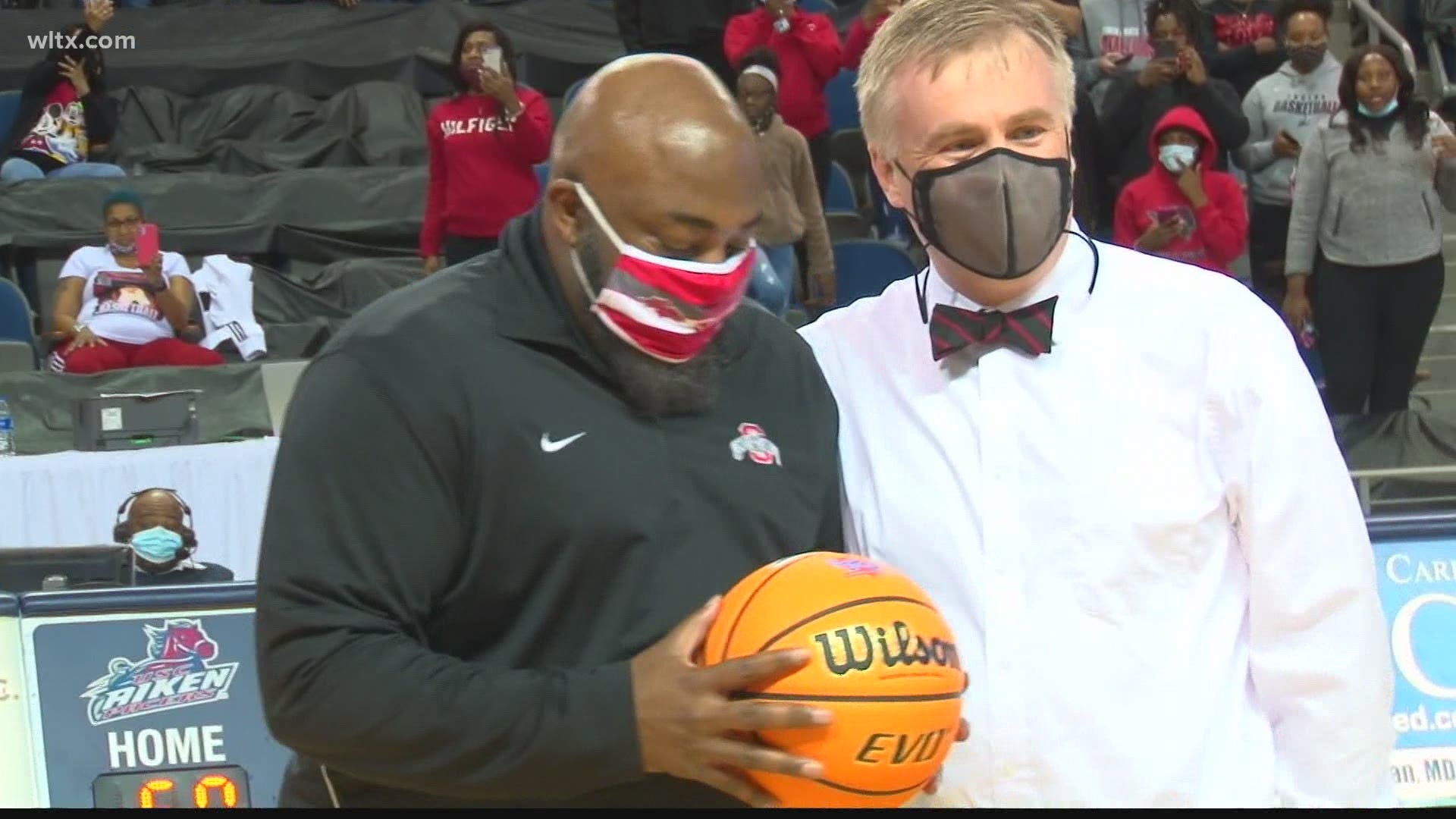 Watson and his South Pointe Stallions came back from an 11-point halftime deficit to defeat Hilton Head Island 52-50 on Saturday, winning the Class 4A Boys state title.

Prior to coaching, Watson played at South Carolina from 1995-1998. He was the team’s starting PG all four years and he was inducted into the Gamecocks’ Hall of Fame in 2010. After graduating, he played eight years professionally.

“I’ve been here twice as a player, so to win it is very special,” Watson says. “One of my goals was to win a State Title at South Pointe and now that has happened, I feel complete but not satisfied, I want more.”

HISTORY was made Saturday in Aiken!