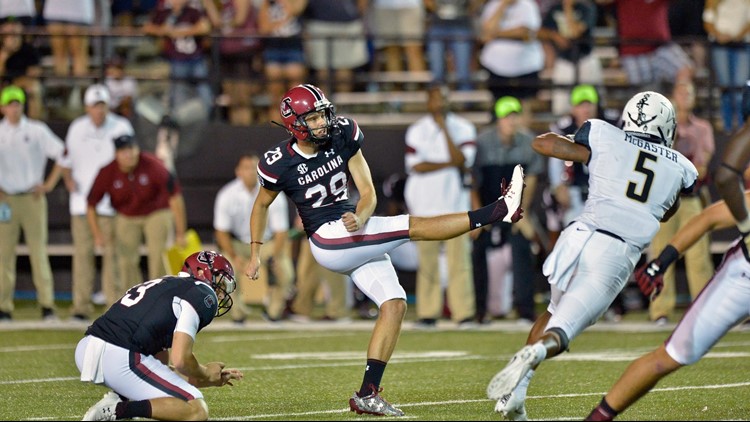 BALTIMORE — Former Gamecock Kicker Elliott Fry is back in a NFL uniform. He signed with the Ravens on Sunday.

Fry had a good preseason camp with the Chicago Bears and battled Eddy Pineiro for the kicker job but he was cut about a week ago. Now he heads to Baltimore.

The Ravens have all-pro Justin Tucker as their field goal kicker so Fry is being brought in to give Justin a rest. It's a chance for Fry to also audition for other teams looking for kickers as he will handle the kicking duties if the Ravens next preseason game. If he does well he could end up on a team this season.

The former Carolina player went 1-2 on field goals and 2-2 on extra point attempts this preseason. He hit from 43 yards and missed from 47 on his field goal attempts.

Fry won an Alliance of American Football title with Steve Spurrier's Orlando Apollos before getting the call to Chicago this year. He was a clutch kicker at USC hitting 51 field goals in his career including the game winner at Vanderbilt in Will Muschamp's first game as a head coach at USC in 2016.