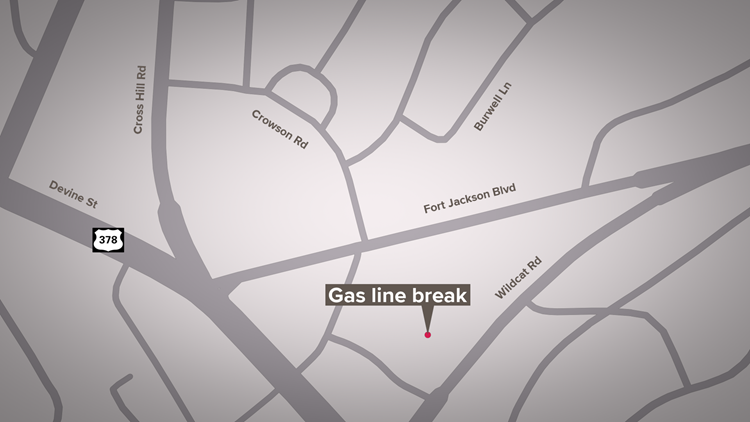 Columbia Fire Department said that a natural gas line had been cut and that  the 4400 block of Fort Jackson Boulevard in Columbia was closed.

Several businesses in the area have been temporarily evacuated but emergency crews are on the scene and environmental tests are being conducted which may allow them to reopen soon.

Businesses in proximity of 4400 block include Marshalls, LaBrasca's Five Minute Pizza, and Micheal's.