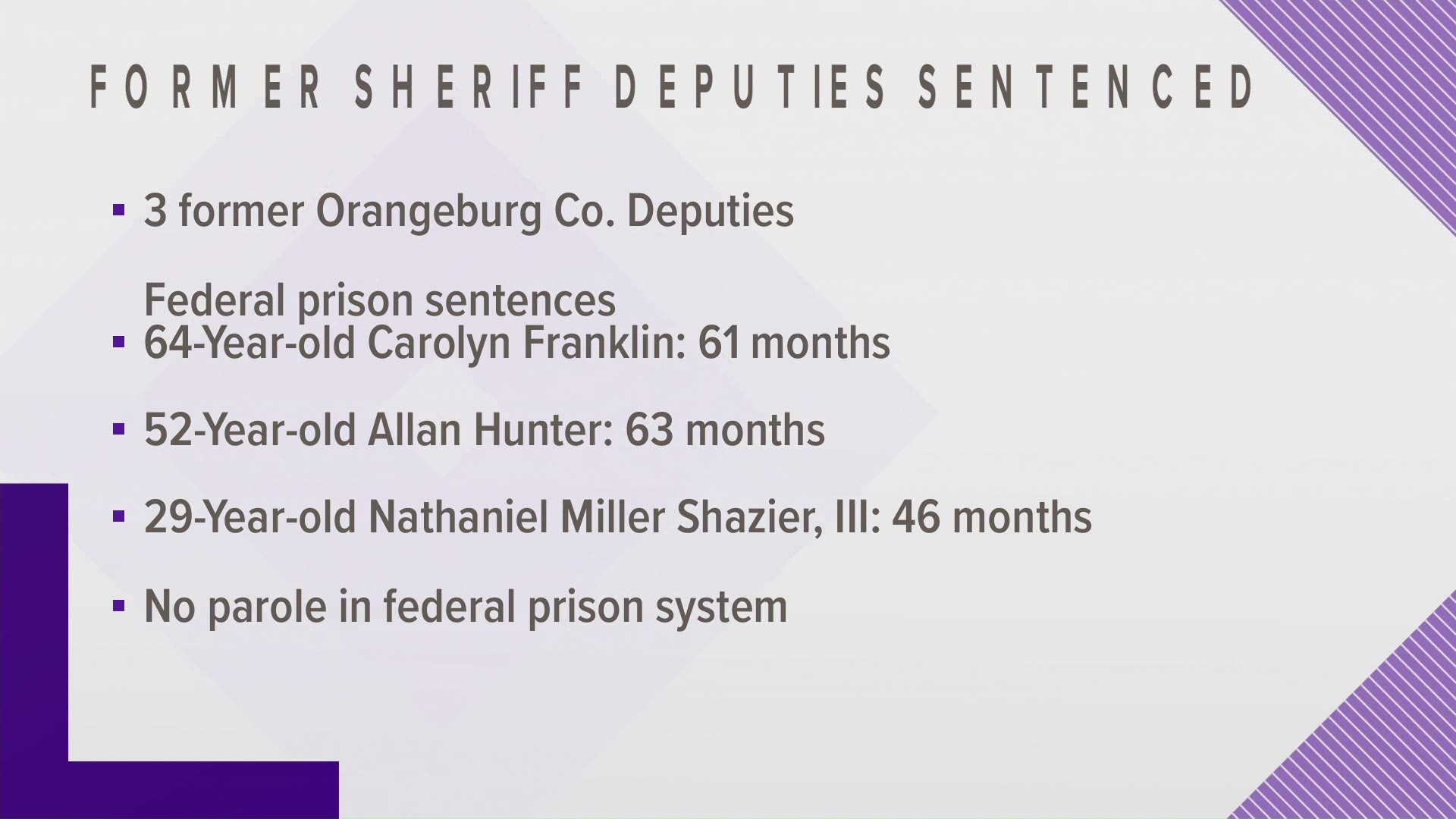 COLUMBIA, S.C. — Three former deputies in the Orangeburg County Sheriff's Office have been sentenced to federal prison after being caught in an FBI sting investigation involving narcotics and a Mexican drug cartel.

Carolyn Colter Franklin, 64; Allan Hunter, 52; and Nathaniel Miller Shazier, III, 29 -- all from Orangeburg County -- were sentenced to multi-year sentences in federal prison for using their positions as law enforcement officers to conspire with who they believed to be members of a Mexican drug cartel. In addition, Franklin and Hunter were sentenced on federal charges of conspiring to obtain fraudulent U-visas for non-immigrants in exchange for bribes.

According to evidence presented in court, during an undercover operation conducted by the FBI between December 2018 and March 2019, Franklin, Hunter, and Shazier agreed to help protect trucks containing what they believed were drug proceeds derived from narcotics distribution by members of a Mexican drug cartel drug ring. The members were actually undercover FBI agents. Additionally, the three agreed to help protect trucks containing kilogram quantities of methamphetamine and cocaine in the future.

Additionally, between February 2018 and March 2019, in exchange for bribes, Franklin and Hunter created fraudulent documents for non-immigrants. Specifically, the documents were designed to help the immigrants achieve U non-immigrant status, which, by statute, is reserved for victims of certain crimes who have suffered mental or physical abuse and are helpful to law enforcement in the investigation or prosecution of criminal activity.

The case was investigated by the FBI and the South Carolina Law Enforcement Division (SLED).