'No mother should have to bury her child': Sheriff calls for end to gun violence

"That gun is going to get you one of two places, the cemetery or prison," Richland County Sheriff Leon Lott said. 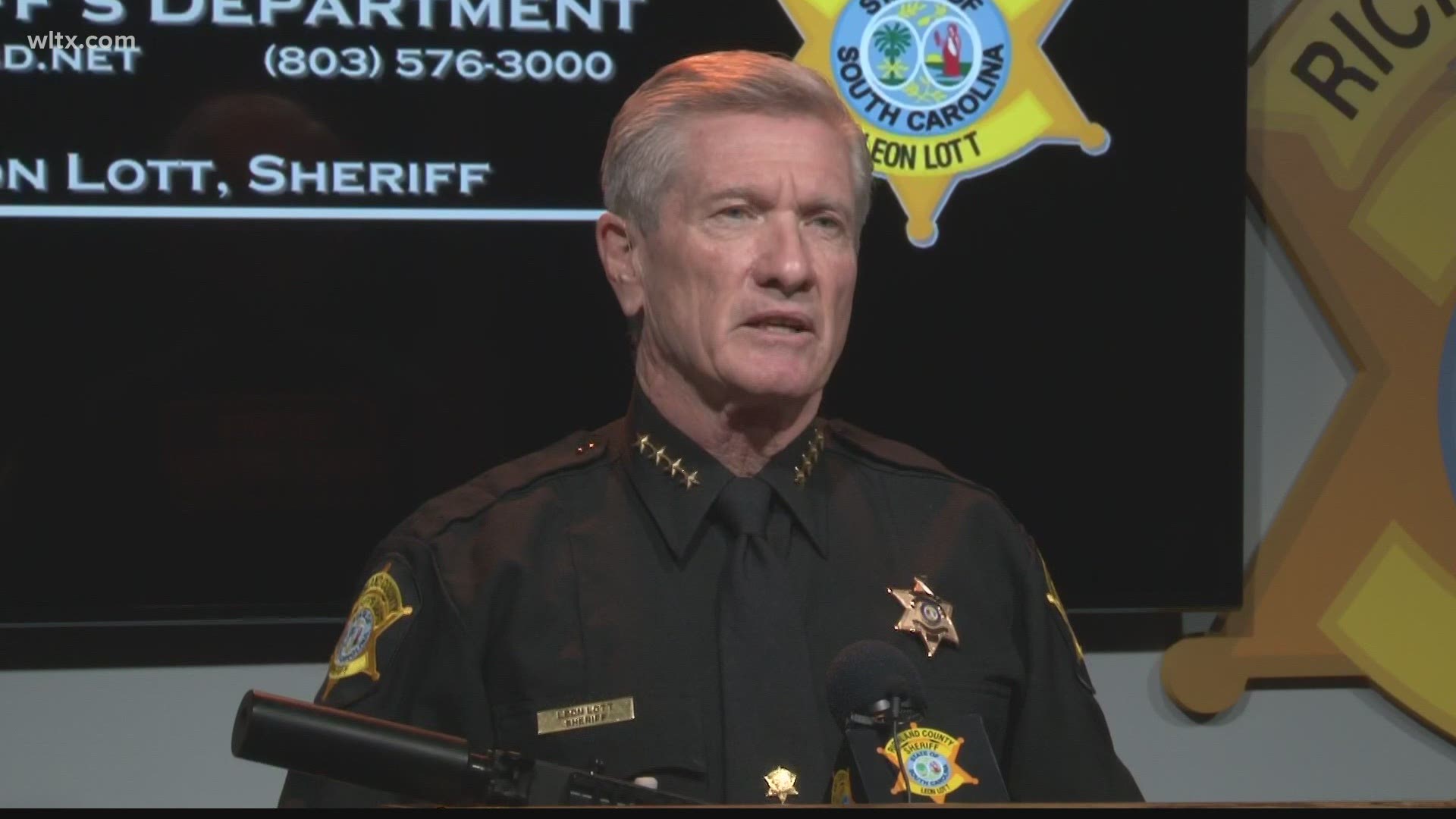 "It's going to take parents, grandparents, churches, schools and community leaders. It's going to take everybody working together to do something about this problem," Lott said. "The number one problem that we've got in the Columbia area is young people with guns who have zero conscience, who do not value human life whatsoever and do not hesitate taking a gun and shooting people."

Lott says more needs to be done to stop the shootings. "We have had 11 murders in Richland County this year. That's one more than we had last year."

On Monday night, two teenagers were shot at Madison Station Apartments on Ulmer Road around 11 p.m.

On Tuesday, Columbia Police say a man was shot at Capri Apartments on East Chapel Drive around 11:30 p.m.

Authorities say they're investigating both incidents.

"No mother should have to bury her child," Rutherford said.

"The first victim, Desmond Williams, age 15, was transferred from the scene to Prisma Health, were resuscitative measures were unsuccessful," Rutherford said about the Madison Station shooting. "The second victim, Reginald Nixon Jr., age 17, was pronounced dead on the scene."

A resident of Madison Station Apartments who wanted to remain anonymous, said everything happened so quickly.

"We were in the house, and we heard three gun shots, and then we saw all the police and lights. "It startled me," the resident said. "I knew something wasn't right when I heard those shots. It was a sad thing to see the Momma come out here."

The resident said he now fears for his safety. "Its making me nervous for my daughter and for my safety out here. This is usually a nice quiet apartment, but now this going on it.. I am trying to find another to try and move into."

As law enforcement tries to curb gun violence, the sheriff had one last message. "That gun is going to get you one of two places, the cemetery or prison."