The superintendent of the school district says the concept of the flags is an effort to unite diverse communities within the county. 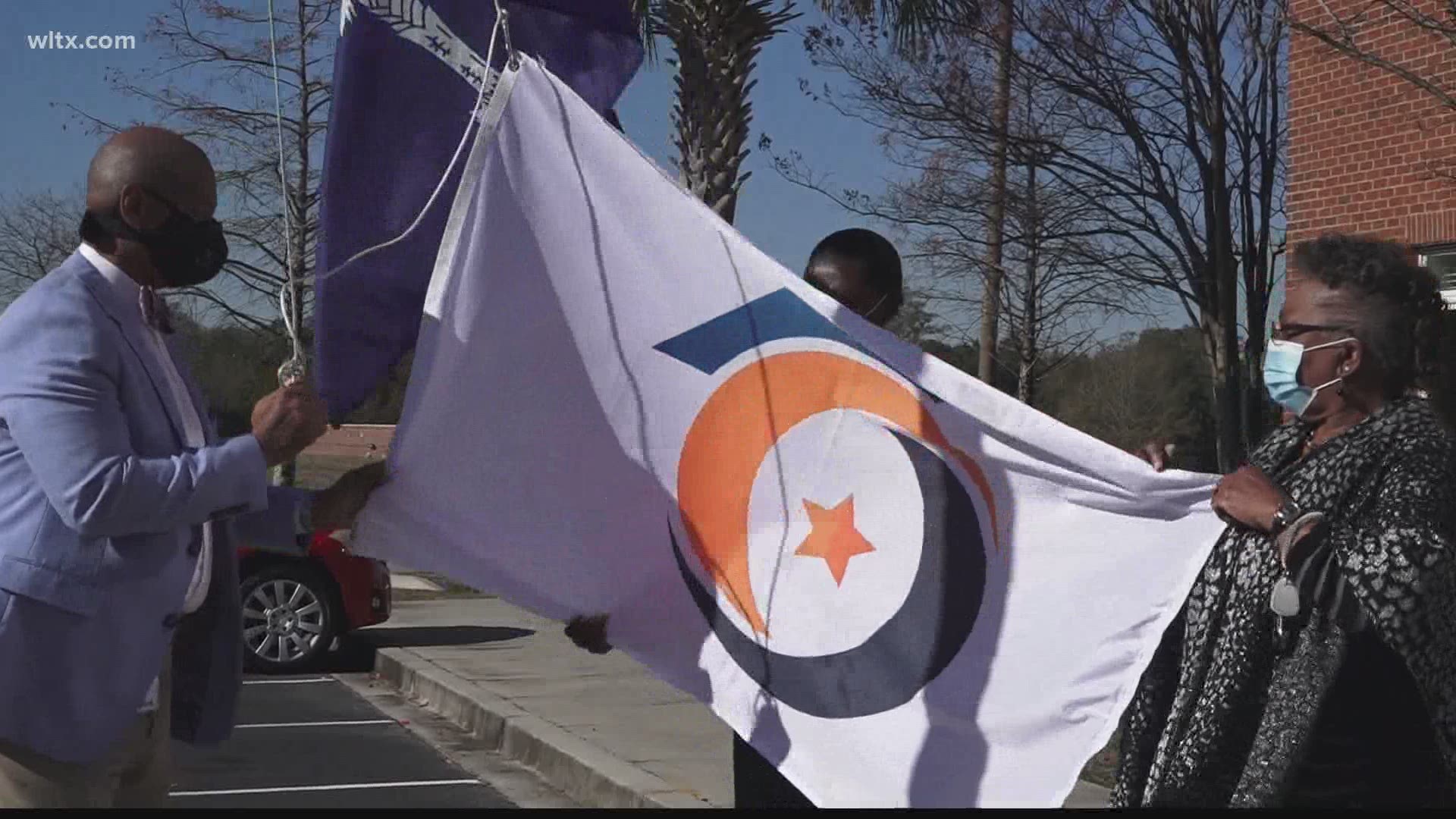 ORANGEBURG COUNTY, S.C. — The Orangeburg County School District has raised a unity flag in an effort to unite communities in the county.

About a year ago, the Orangeburg County School District consolidated three school districts into one.

"Everyone is aware of consolidation is something we've recently done," said Dr. Shawn Foster. "It's important when you come together, and everyone feels a part of being one."

Now the school district is demonstrating a new symbol of unity. Board members and the NAACP Orangeburg Branch presented a new flag to show the process of coming together. These flags will be displayed at the district schools.

"The flag is like one of the other businesses,: said the NAACP President, Barbara J. Williams. "When you see this flag around the county, you don't even need to have a name for it; you automatically know."

The flag is the district's logo and represents three aspects, academics, continuation, and excellence. The superintendent of the school district says the concept of the flags is an effort to unite diverse communities within the county.

"During these times, it seems like many communities are pulling apart," explained Dr. Foster. "We want to be the opposite and show; even during the most challenging circumstances, our commitment remains to come together."

The flags will fly below the United States Flag and The South Carolina State flag at each of the district's 32 school campuses.