The video, from a bystander in Five Points early Sunday morning, shows an officer repeatedly punching a man in the head he was trying to arrest. 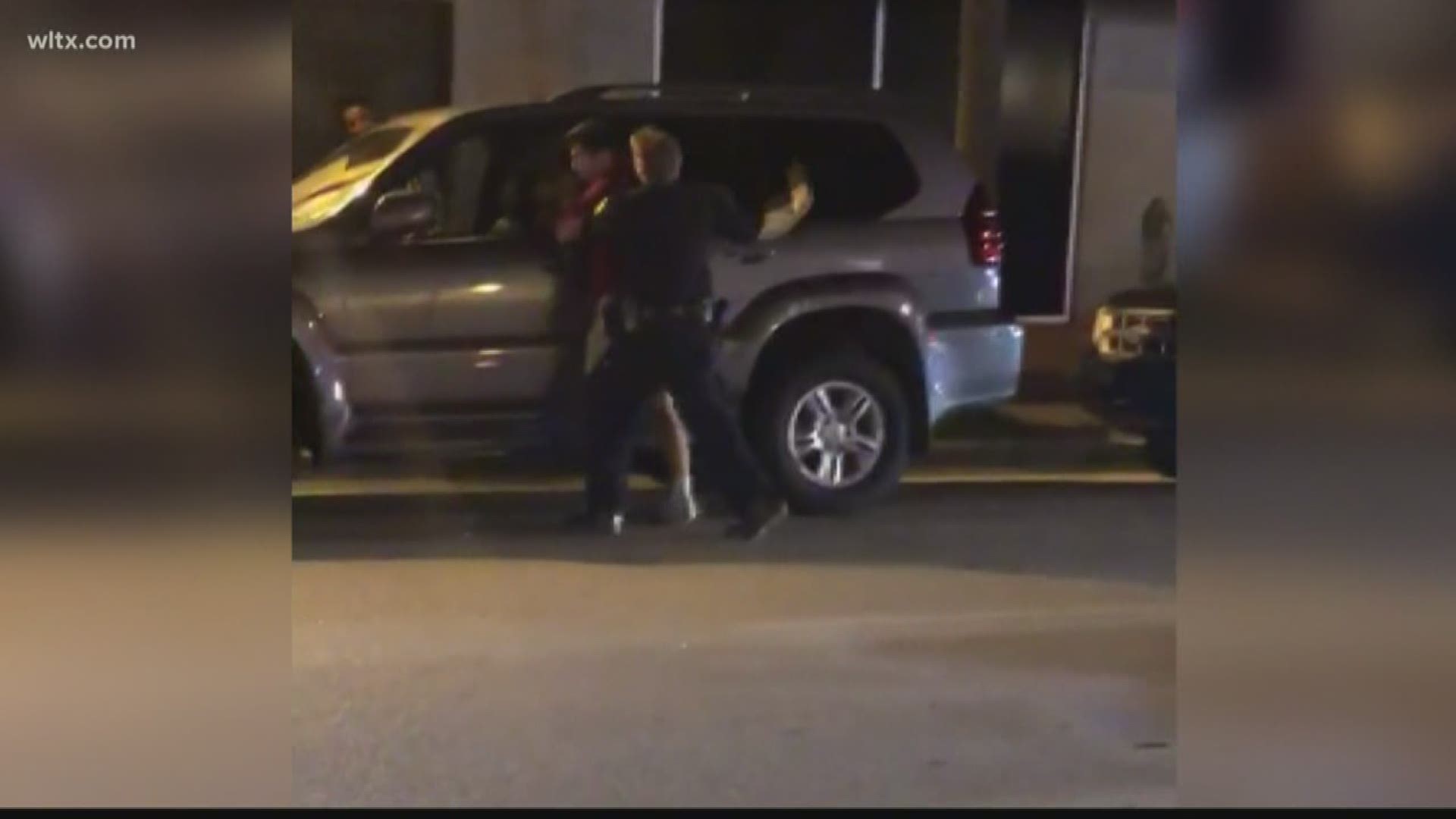 COLUMBIA, S.C. — A bystander's video from early Sunday morning shows a Columbia police officer punching a suspect in the head as he was trying to arrest him.

Witnesses say they saw the man running around the corner with the officer yelling for him to stop.

"To see this officer have him in a bear hug and then to take your hand and repeatedly punch this guy in the face I thought that was horrible, that was despicable, and then you throw him to the ground and you put your knee on his neck. I just think that that's not the way we handle things when we say that we're here to protect people, " Issac Wilson said.

He was out with friends in Five Points when the incident caught his attention.

"We just heard a big commotion and, when we looked over, we just saw the cop chasing the young male," Wilson said.

That's when he and his friend Derrick Quarles began recording.

"The police officer threw him against the car and began to punch the guy over and over and over....He was thrown to the ground and one of police officers put his knee in the guys throat and the guy begin to say, 'I can't breathe.' Quarles said. "So, while I don't condone the guy running from the police or resisting the police, I think that as professionals and as law enforcement who have sworn to uphold the constitution, they should have been a little more professional and handled the situation in a way that could've deescalated as opposed to escalating it to where it got to last night."

The Columbia Police Department issued the following statement responding to the incident:

"We have reviewed the citizen video of a Columbia Police officer struggling to control an arrestee and will determine the circumstances surrounding the initial arrest, including why the officer was alone at the time. We can assure the public that an administrative review of the entire incident will be conducted by the Office of Professional Standards Internal Affairs Unit. We will be forthcoming with details in keeping with our standards of accountability and transparency."