The USC legend will join Coach Dawn Staley as the team goes for the goal in Tokyo. 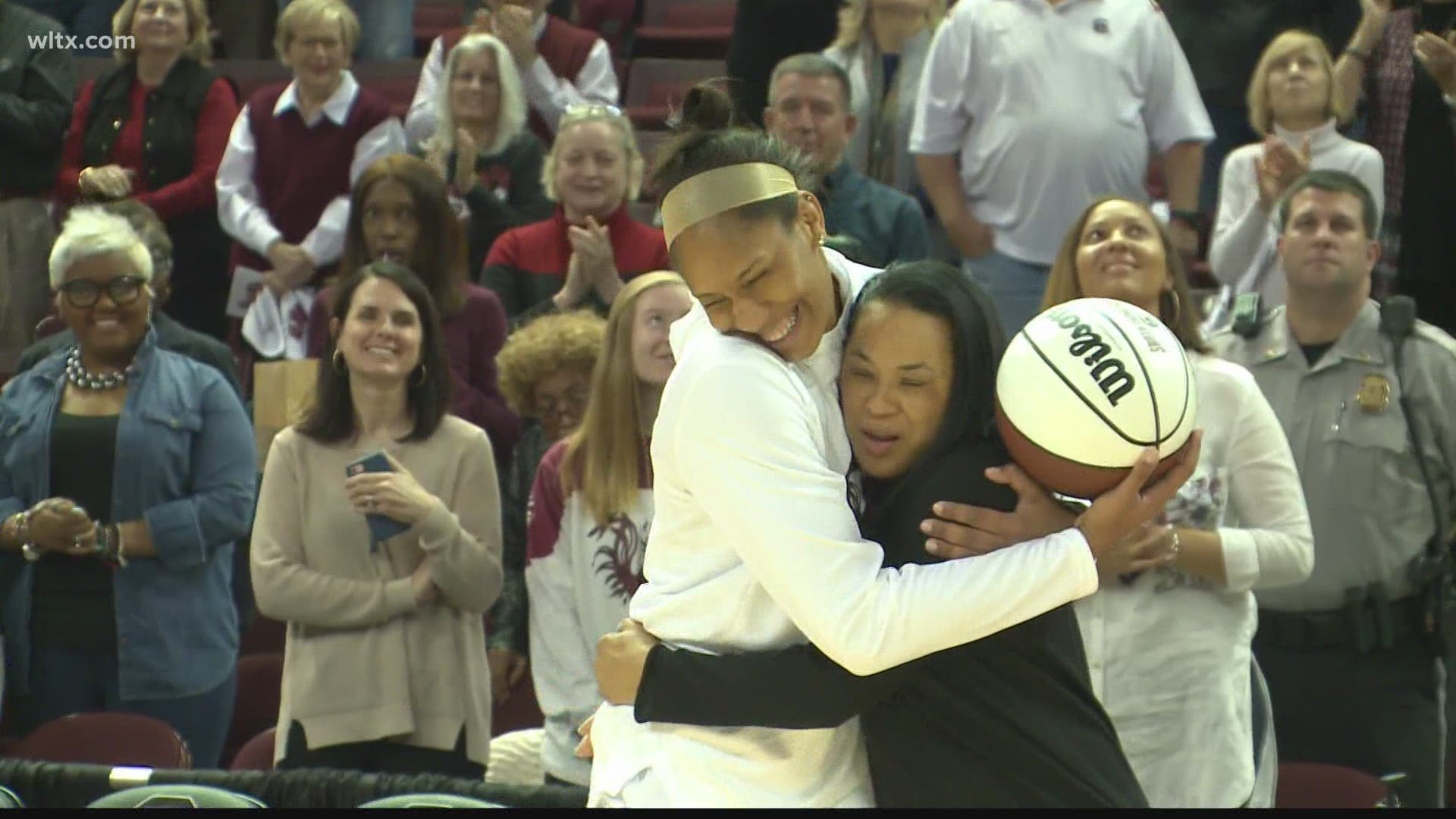 COLUMBIA, S.C. — South Carolina Gamecocks legend and WNBA star A'ja Wilson has been named to the women's USA Olympic Baseball team, a move that gives her a chance to win a gold medal this summer.

The announcement of the full list of players was made Monday morning, as she joins other stars including Brittney Griner, Breanna Stewart, and veterans Sue Bird and Diana Taurasi. Wilson will be coached by Dawn Staley, who'll be leading the team at the Tokyo Summer Olympics which begin in late July.

She's been part of the women's basketball team since 2013, but this will be the first time she's competing in the Olympic summer games.

Wilson grew up in the Columbia area, eventually becoming a star at Heathwood Hall, where she became the number one basketball recruit in the country. She then picked her hometown Gamecocks as her college choice.

Wilson is widely recognized as the best player in USC women's basketball history, and one of the greatest Gamecock athletes in any sport. During her time at South Carolina, she was the National Player of the year in 2018 and helped lead the Gamecocks to their first national title in 2017.

She was the first Gamecock to earn All-America and First-Team All-SEC honors all four years of her career, and she was the first three-time SEC Player of the Year in league history.

A statue of her now sits outside the Colonial Life Arena on campus, making Wilson the first USC women's athlete with a statue.

After graduation in 2018, she became the program's first WNBA No. 1 Draft pick and went on to earn WNBA Rookie of the Year honors.

Since then she's continued her success in the pros, being named the WNBA MVP in 2020. She's also helped her team, the Las Vegas Aces, make the WNBA Finals.

The Olympics start on July 23 with the women's team beginning on play on July 25. The gold medal game would be on August 7.

Here is the full roster for the team: