Bradford Pear Trees: Why They Stink, are Bad for the Environment

The Bradford pear was introduced to the United States as an ornamental tree. 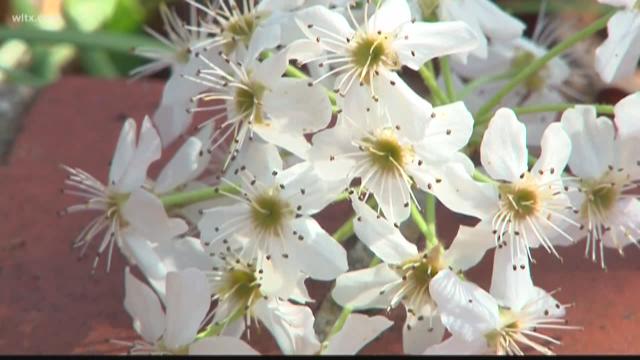 Columbia, SC (WLTX) - The Bradford pear not only smells bad, it also may be bad for our ecosystem.

The Bradford pear stands out in late winter and early spring, but even though the tree produces flowers, it is anything but sweet.

It is hard to miss the bright white blooms, but if you do, you will probably smell the tree.

"It's unpleasant. It's almost a painful smell almost. It kind of gets in the back of your sinuses and makes you want to clear it out," said Dr. Kirt Moody.

Moody is an associate professor of biology and environmental science at Columbia College.

He said, "It is not the kind of smell that we often associate with flowers. It is a little surprising sometimes."

The pungent smell of the tree does have a purpose though. Moody said, "It helps attract the right type of pollinator."

He said, "I have seen some flies and some moths around, so it makes sense that it is a strong odor because those are insects that key in on odors in order to navigate around in the ecosystem."

The tree is a native of China, the species was introduced as an ornamental by the US Department of Agriculture in 1964.

It was first thought the trees could not reproduce. Moody said, "They do in fact hybridize with other flowering pears in the area. They may in fact be doing some genetic damage to those other trees."

The trees are resistant to most pests and diseases. They have a very weak branch structure causing them to split easily.

According to a release from the commission, "Do not plant Callery or Bradford pear. Instead, plant native alternatives, such as serviceberry, fringe tree, tupelo, or dogwood among many others. Trees should be cut and stumps immediately treated with herbicides to eliminate sprouting response."

Moody said in his own neighborhood many Bradford pears were planted in the past. He said, "Now I think a lot people are regretting it at this point."

This week is National Invasive Species Awareness week. It is a time to raise awareness and identify solutions to invasive species issues across the country.