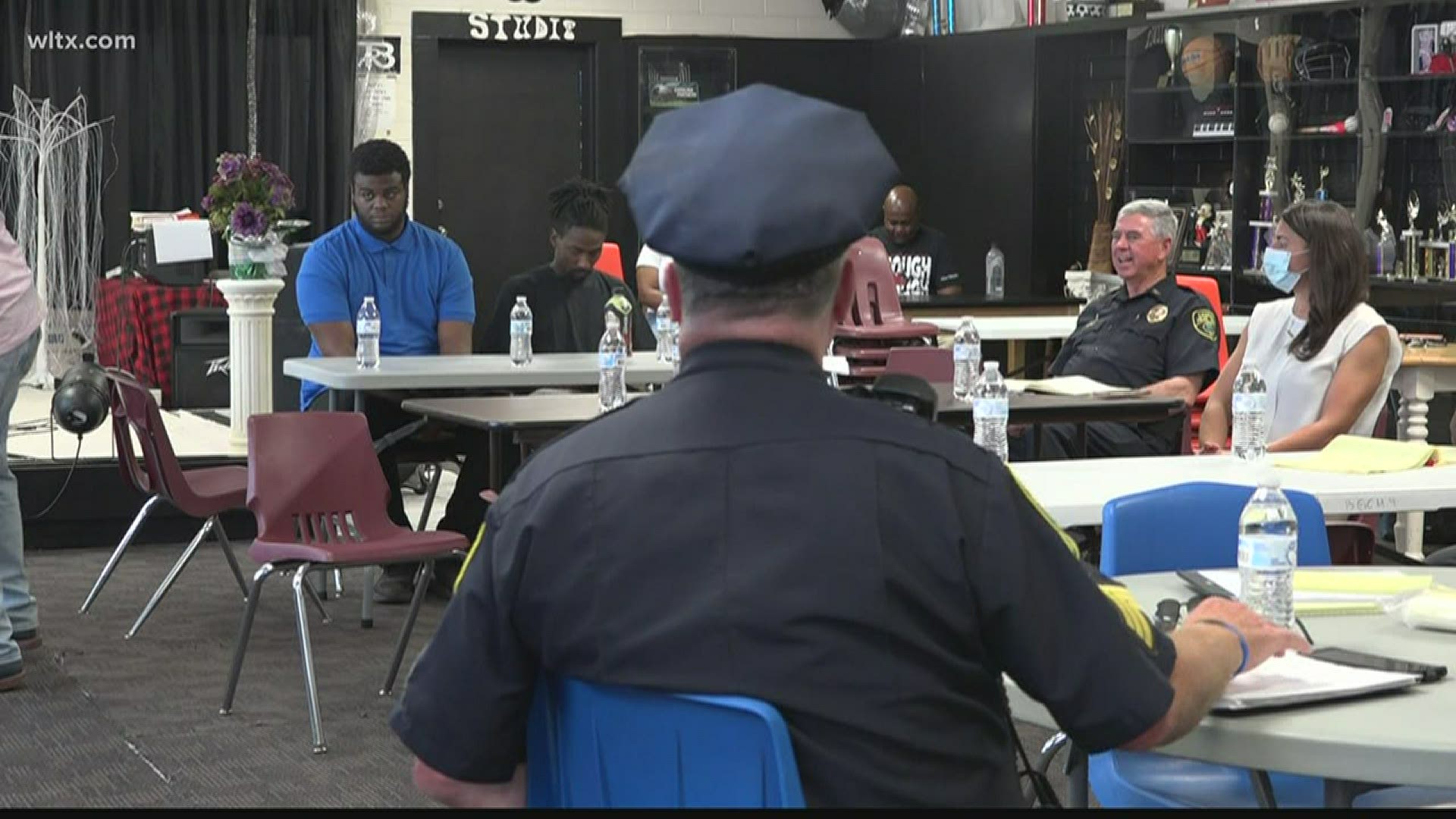 CAMDEN, S.C. — This week a peaceful protest took place in Camden, and local law enforcement leaders and community organizers have came together to discuss what's next.

"It's simple, all you got to do is speak, you gotta speak up," Jamiqq Tucker said.

Jamiqq Tucker is a life-long Camden resident who wants to make a change in his community.

"We're not about talk, we're about action," Tucker said.

After hosting a protest on Sunday in Camden to bring awareness to police brutality after the death of George Floyd, he said the work can't stop there.

"I'm from the hood, so a lot of people don't want to talk to the police because they feel that's the police, but we have to come together and protect our neighborhood together or things will never change," Tucker said. "I don't want my daughter doing the same thing I'm doing 20 years from now, 40 years from now. I don't want this to exist. I'm trying to do something about it now, I can at least control what happens in Camden, not the rest of the world."

Along with Camden Police Chief Joe Floyd and Kershaw County Sheriff Lee Boan, the three are working together to build better relationships between law enforcement and the public, starting with trust.

Chief Floyd said his department has full-time community officers and programs he hopes people will take part in.

Sheriff Boan said he is committed to listening to the community.

Ultimately they all have the same goal.

"The protest are over with now and it's time to start getting things done so we don't have the same things happen here," Tucker said.

Tucker, Floyd and Boan all said they want to continue to meet together to better the relationships between law enforcement and the public in their communities.