'Failed Proposal' at Fireflies Game was a Practical Joke

An apparent marriage proposal misfire in a very public venue here in Columbia wasn't real after all. 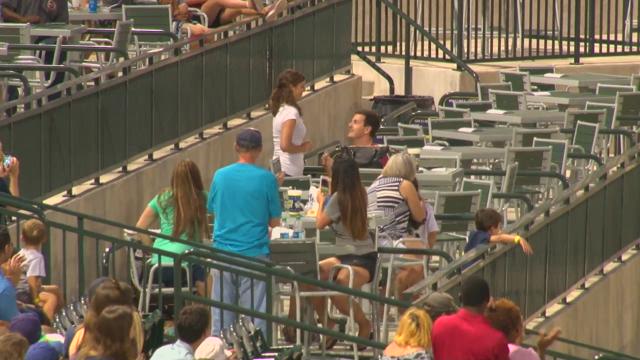 Columbia, SC (WLTX) - An apparent marriage proposal misfire in a very public venue here in Columbia wasn't real after all.

At Monday night's Columbia Fireflies game, during one of the breaks, the crowd saw what appeared to be a man proposing to his girlfriend, only to have her turn him down.

The scene was put up on the big screen at Spirit Communications Park, there was some romantic music, and some of the Fireflies employees danced near the edge of the field. The man then dropped to one knee, and popped the question. The girlfriend, though, began shaking her head no, and walked away.

The crowd seemed stunned, and people began posting images and video of the incident on social media.

However, there was no "proposal fail" at all. As it turns out, the man and woman are a happily married couple in Columbia.

We spoke with the Fireflies, who explained that a younger member of the staff decided to pull a prank and enlisted the help of the couple, who also thought it would be funny.