A TV plant in Fairfield County says it is closing as a result of tariffs, laying off 126 employees. 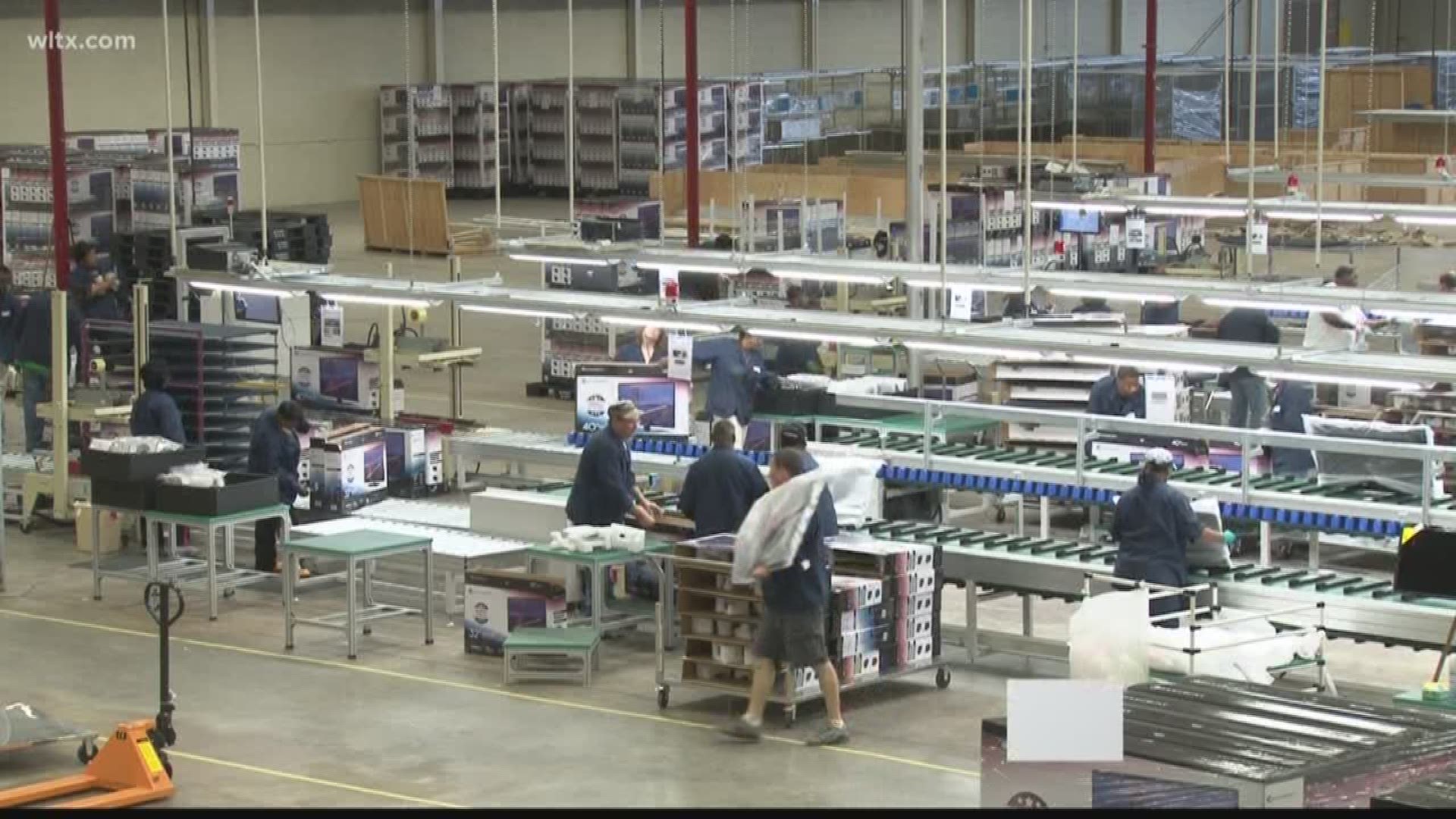 Winnsboro, SC (WLTX) — A TV plant in Fairfield County earlier Tuesday said it was closing as a result of tariffs, laying off 126 employees. However that may not be the case.

Element TV Company in Winnsboro has served notice to the S.C. Department of Workforce and Employment (SCDEW) that it will close in October, which will result in the layoff of 126 of its 134 full-time employees.

However, a few hours later they posted this on their Facebook page:

"Thank you to everyone who has expressed concern for the well-being of our South Carolina teammates who are at risk of layoff as a result of the trade-war related tariffs on our television parts. As we are the only USA assembler of televisions, we believe the inclusion of our parts on the list of affected products is accidental and resolvable. Element is working hard to have our parts removed from the tariff list and we remain hopeful that the closure of our South Carolina factory will be avoided. Until then, everyone at Element, especially the potentially impacted teammates at the factory, are completely committed to business-as-usual at an otherwise thriving Element. We expect to return to this venue in the weeks ahead to report that we were able to successfully remove our parts from the tariff list and save our US factory and the impacted jobs. Again, thank you for your concern and support of Element."

Element TV says it hopes they can avoid the closing, which is scheduled to begin on October 5, will be temporary and they will be able to re-open in three to six months, but says it cannot commit to that with any certainty at this point.

READ: Element TV Letter to SCDEW on Tariffs by WLTX on Scribd

Officials with Element say the layoff and closure are the "result of the new tariffs that were recently and unexpectedly imposed on many goods imported from China, including the key television components used in our assembly operations in Winnsboro."

Element has long paired its commitment to building state-of-the-art TVs with its belief in building the community it employs.

Founded in 2007 and headquartered in Winnsboro, Element Electronics is the only assembled-in-USA TV brand sold at major retailers, including Wal-Mart, Target and Meijer.