Duncan's call came just hours after an attack at an airport in Kabul, Afghanistan that killed 13 U.S. servicemembers. 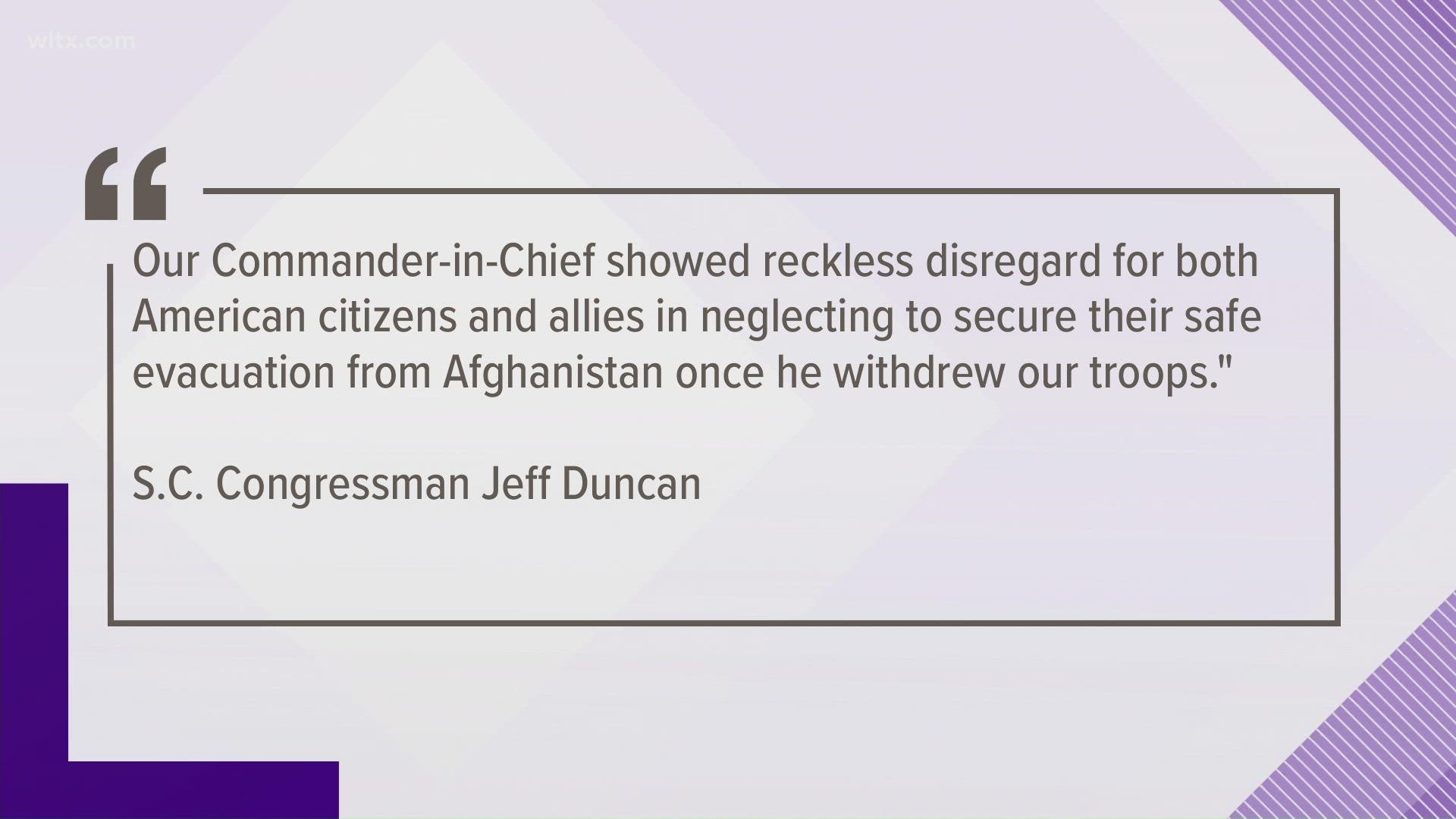 Duncan's office said Thursday night he was co-sponsoring articles of impeachment, to go along with Georgia Rep. Marjorie Taylor-Greene, who filed them last week. Both are Republicans, while Biden is a Democrat.

Duncan's call came just hours after an attack at an airport in Kabul, Afghanistan, the site of an effort to evacuate remaining Americans and some Afghanistan citizens as the Taliban re-takes control of the country. The attack killed 13 U.S. servicemembers and injured over a dozen more, while killing over 60 Afghanistan citizens.

“Our Commander-in-Chief showed reckless disregard for both American citizens and allies in neglecting to secure their safe evacuation from Afghanistan once he withdrew our troops," Duncan wrote.

RELATED: 'We will hunt you down': Biden vows to avenge US deaths, continue Kabul evacuation

The effort to impeach would be a longshot politically, since Democrats have a slim majority in the U.S. House of Representatives, which would be in charge of approving those articles. Even If they did, it would go to a Senate which is split 50-50, and 67 senators would have to vote in favor of it.

Duncan was a staunch opponent of the the two most recent attempts to impeach a president, the ones in 2020 and 2021 of former President Donald Trump.

Another prominent South Carolina politician, Sen. Lindsey Graham, said earlier this week in TV interviews that Biden should be impeached over the Afghanistan issue.

Duncan represents South Carolina's Third Congressional District which stretches from the Upstate to the Midlands, and includes parts of Greenville, Anderson, Newberry, Saluda, and Lexington Counties.