Latino restaurants serve flavor of home to the Midlands

Some Latino-owned restaurants are showcasing the richness of their culture through their food. 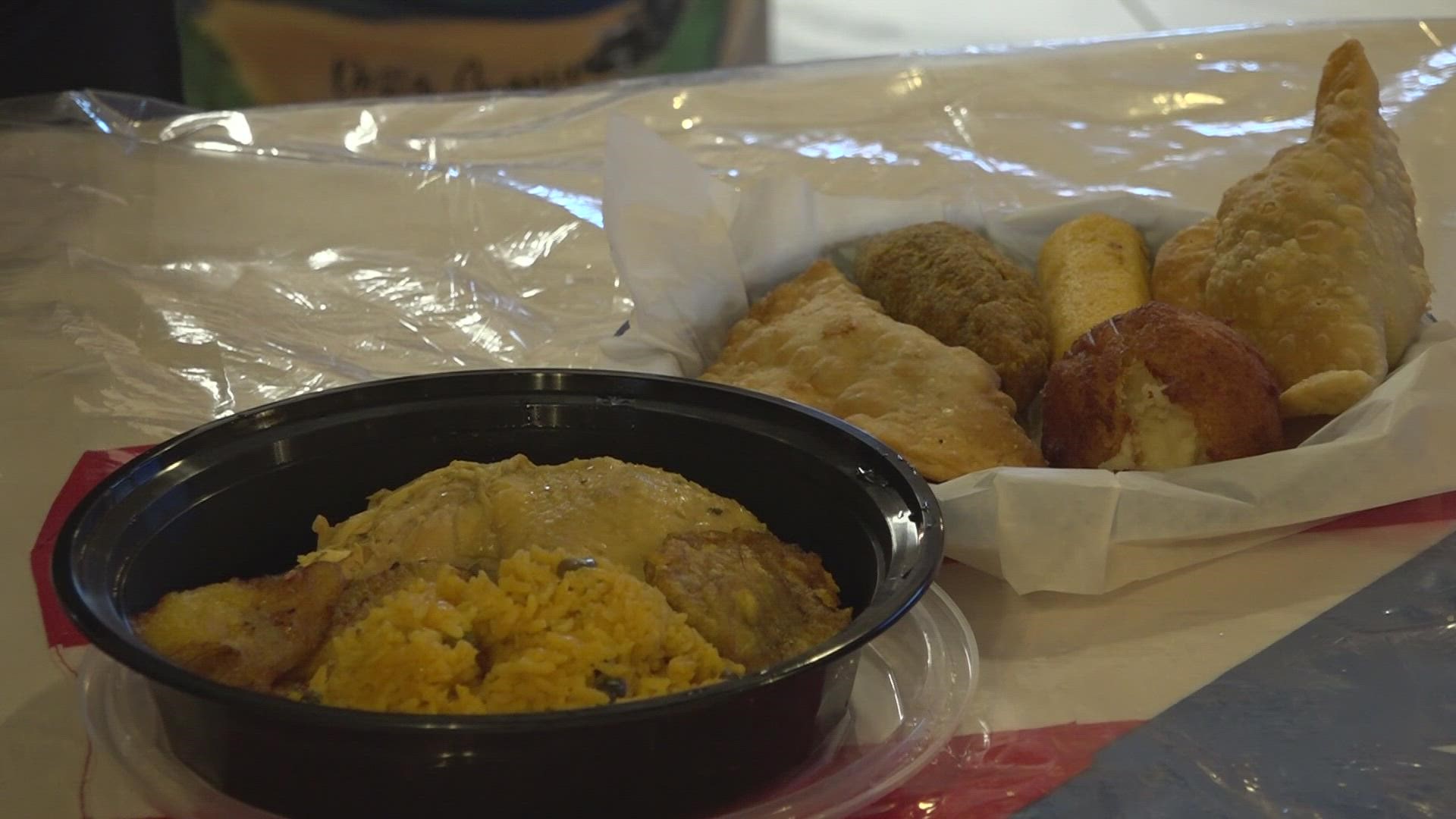 COLUMBIA, S.C. — Latino restaurant owners said the heart of their culture lies in their food.

“I know how to cook original Puerto Rican food that’s what I opened the restaurant to get a little bit of my country to the Spanish community, American community," said owner of Isla Bonita Angela Crespo.

Crespo said her Puerto Rican restaurant was the first of its kind in the city, and she's proud to represent the island she was born and raised.

“I’m proud to be born in Puerto Rico and be part of Puerto Rican culture," she said.

Crespo moved to Columbia from Puerto Rico at the age of 21 to join the army. She later decided to be an entrepreneur.

She said her favorite dishes to serve are chicken, rice, and plaintains.

RELATED: Here's why dozens of new Hispanic businesses have opened in West Columbia

“Food, music, that’s what’s keeping my culture my Puerto Rican race and speaking spanish to my daughters, to my kids," said Crespo.

Joseph Cagan was also born and raised in Puerto Rico and owns Lulu's Latin Restaurant in Lexington. He said he uses cooking as a way to showcase his culture.

“We use proteins that everybody knows. We use it in a very Caribbean way. We just wanna actually showcase it," said Cagan.

He said some of his most popular dishes are steak and onions, and shrimp and chicken. Cagan said he's hoping his food will help to connect folks regardless of culture.

“I wanna actually show with my foods, with my drinks that we’re not so different. That we’re here," he said.

Evelyn Lugo of the Hispanic Chamber of Commerce said Hispanic businesses throughout the state have been thriving over the past year. Most of them are in the food industry.

“Over the past year and a half I would say it has increased since like June. Things are picking up. More people are calling us," said Lugo.

The Hispanic Chamber of Commerce has been offering workshops to help business owners learn about financing and connect them to finance centers.

“I know the struggle and I know firsthand what is it that you need to do when you are starting a business. So it is very important to be here to serve and to connect our business owners," said Lugo.

Crespo said she hopes her restaurant will continue to thrive for years to come.

“I’m proud that my restaurant is still up and I’m gonna continue to stay up to please my customer," she said.