Police say Robert Anderson has not been heard from since about 2 p.m. Sunday, and he did not report for work Monday morning. 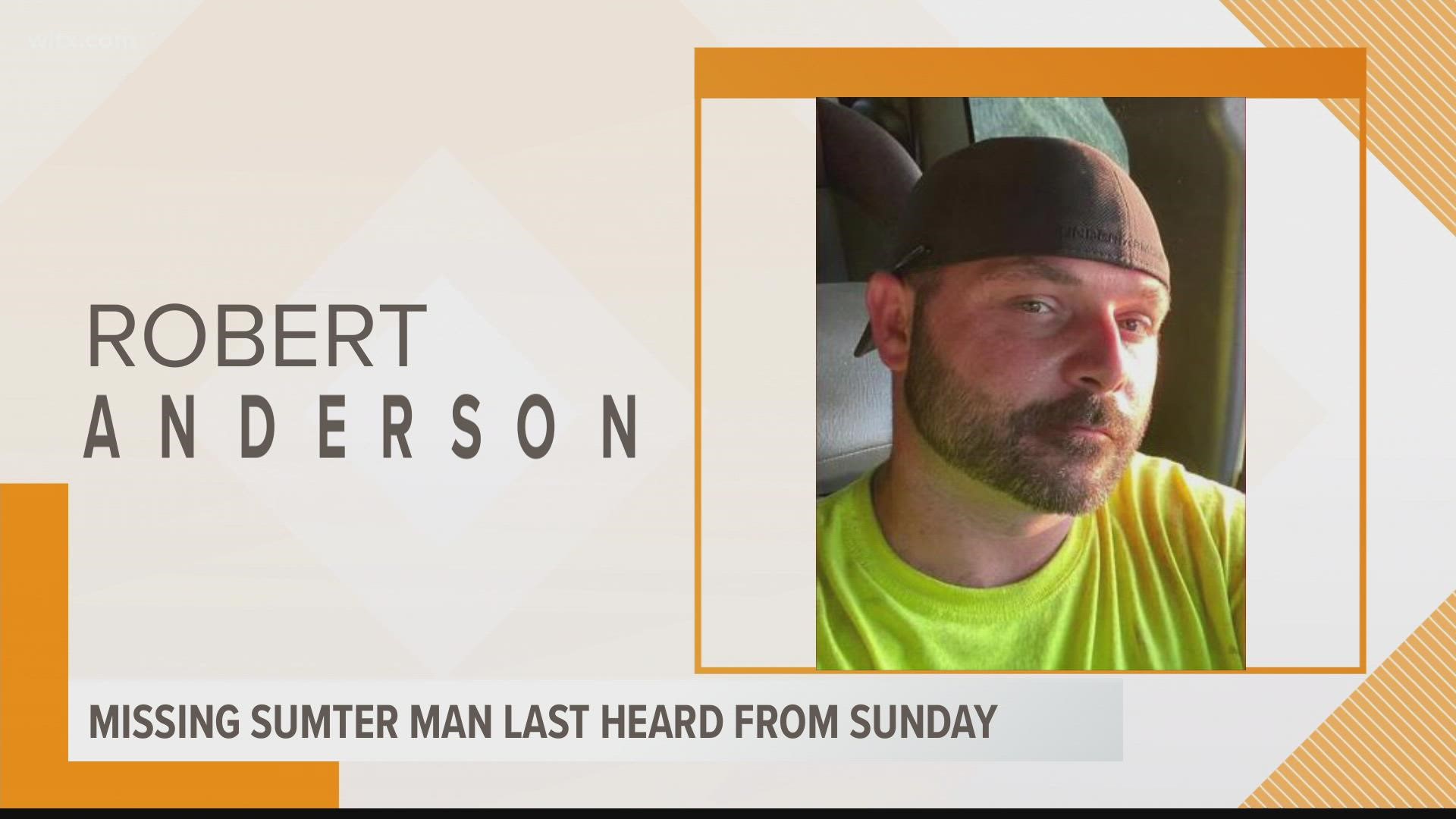 SUMTER, S.C. — Sumter Police say a man reported missing earlier in the week has been found dead. However, police do not suspect foul play.

Police said Robert Anderson, 34, was reported missing after loved ones and associates said they had not heard from him since about 2 p.m. Sunday.  He also did not report for work Monday morning.

However, around 5 p.m. on Thursday, the Sumpter Police Department said the body of Anderson had been located. And while no foul play is suspected, police are conducting an investigation.