The "Black-Out" Candlelight Vigil will be held at 8 p.m. Saturday at the Orangeburg County Courthouse in Orangeburg. 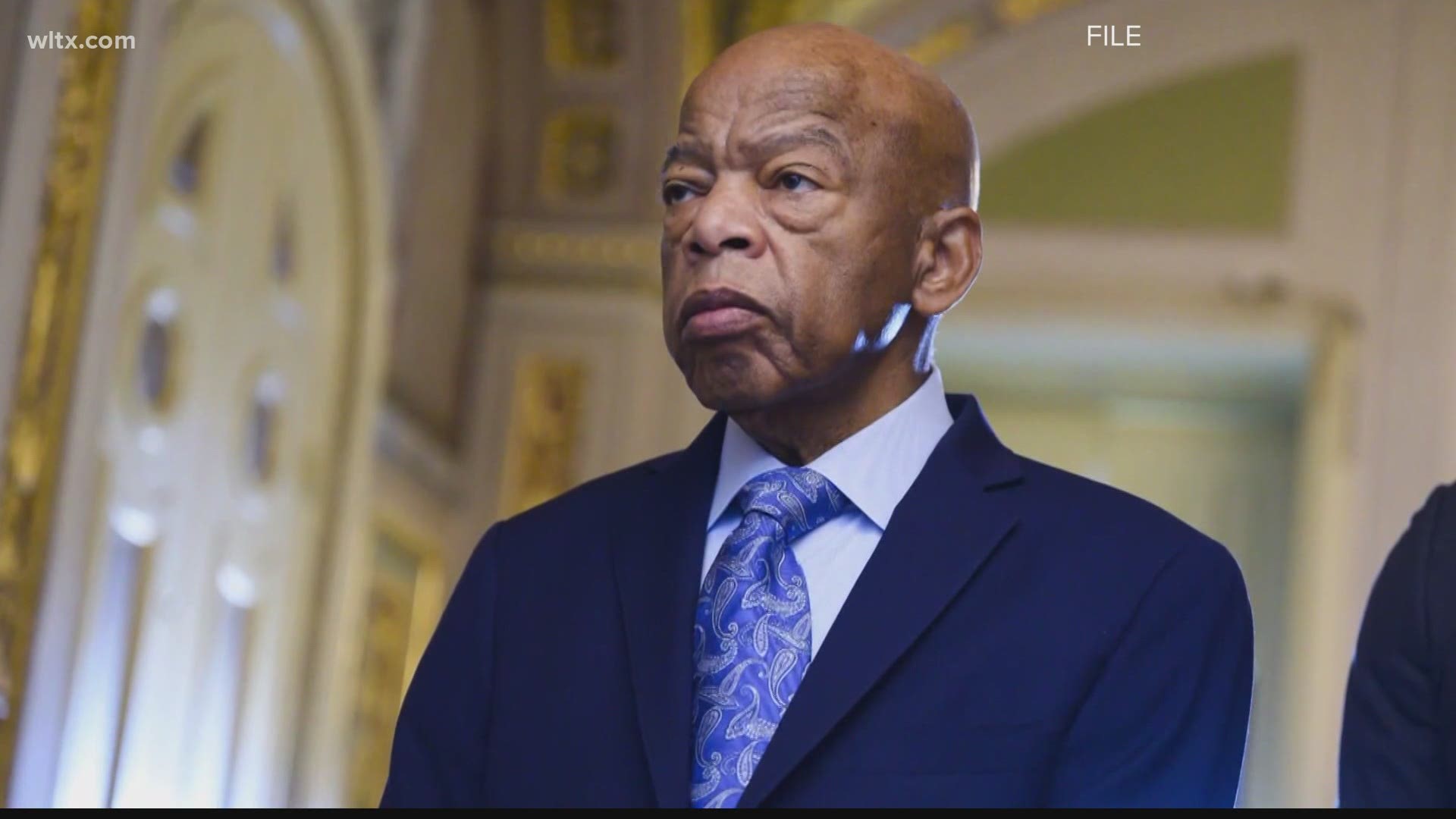 ORANGEBURG, S.C. — A vigil will be held in Orangeburg on Saturday to honor the life and legacy of U.S. Representative and civil rights leader John Lewis on the first anniversary of his death.

On July 17, the first anniversary Lewis' death, candlelight vigils will be held across the across the country. The 'Good Trouble Vigils' will also promote the  For the People Act, the John Lewis Voting Rights Advancement Act, and DC Statehood.

Organizers say the event is open to the public, and they encourage people to wear all black to represent a unified commitment to "re-build American democracy."

"John Lewis is a matriarch; he's legendary," said Latisha Walker, Sixth Congressional District Director for the South Carolina Democratic Women's Council. "We're honoring him with a candlelight vigil at the Orangeburg County Courthouse. That's the least we can do for all the things he has done for us."

"He means my freedom," explained Walker. "He gave me the right to know that my vote and voice matters."

One of the chief issues Lewis fought for during his adult life was the expansion of voting rights. There will be a push to pass For the People Act, the John Lewis Voting Rights Advancement Act, and D.C. Statehood during the vigil.

"As an African American Woman in America who prosecutes and is involved in law enforcement, I see a lot of injustices daily," said Chelsea Glover, Assistant Solicitor for Orangeburg County. "Not in just the criminal justice system but throughout the country. Good trouble to me means fighting the good fight."

Lewis died last year from his battle with stage four pancreatic cancer at the age of 80. The assistant solicitor says she hopes people get in good trouble by joining the nationwide event.

"Often, we look at history, and because those photos appear to be in black and white, we forget many of our family members struggle with segregation and integration," explained Glover. "They struggled in making sure that we had access to some of the things we have access to today."

We ask that everyone come out and celebrate this landmark event. Feel free to share it and let’s come together and celebrate!!