Reactions to the death of George Floyd

Posts and statements from people across the globe ran the gamut of emotions, from anger to sadness, and resignation to resolve. 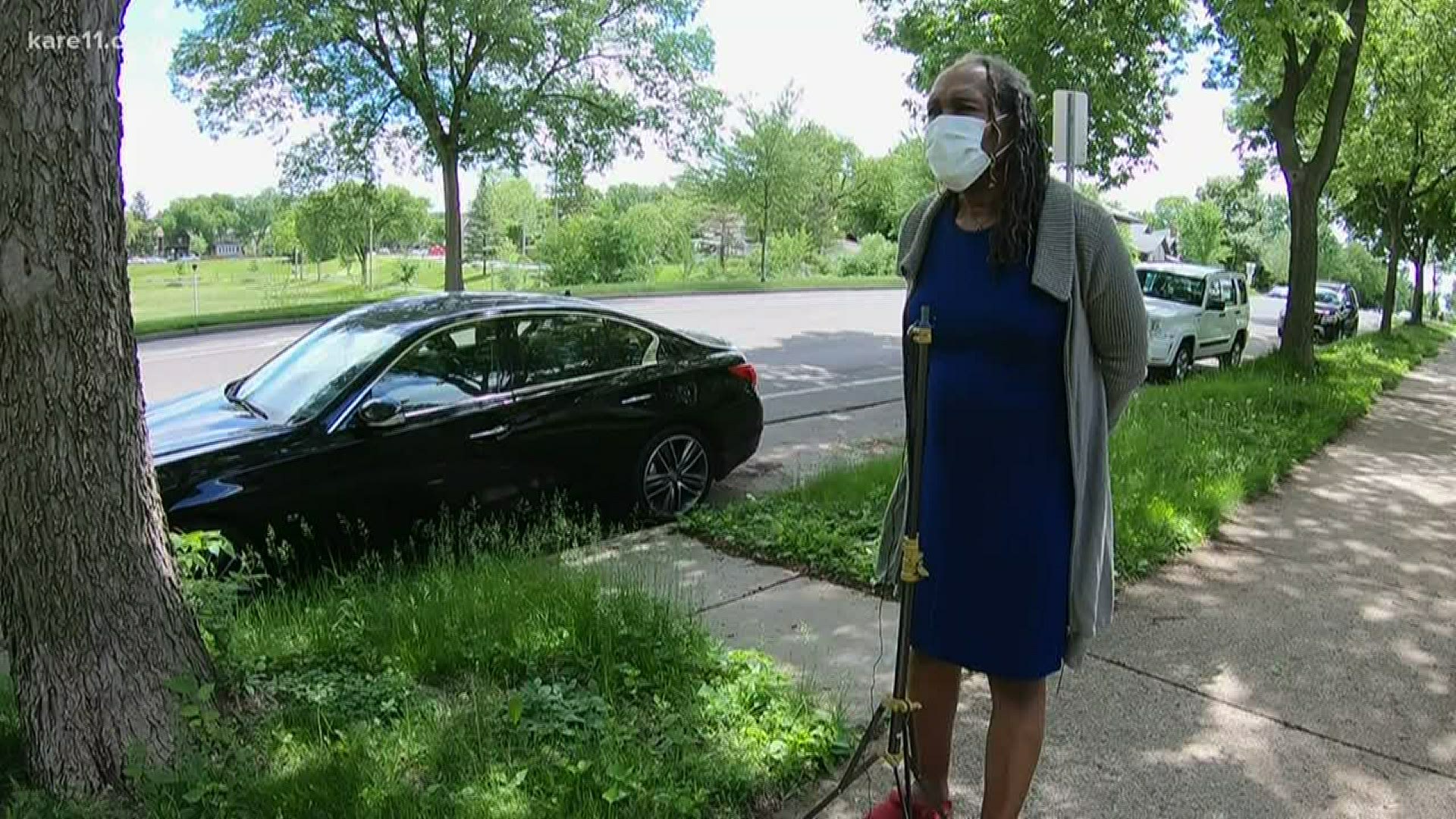 MINNEAPOLIS — The video clip that chronicled a man being restrained by the knee of a Minneapolis police officer placed across his throat just moments before his death is triggering a tidal wave of reaction.

Social media posts and statements are lamenting the loss of the man identified by his attorney as George Floyd, but those reactions are also expressing anger that another black man has died at the hands of law enforcement, and frustration that incidents like the one that unfolded Monday night keep happening over and over.

Here are some of the reactions that came in the hours following Floyd's death.

the now lifeless subject of your command and control policing ,

the human being under your brutal knee.

Mayor Frey spoke at a news conference Tuesday morning and became emotional while saying, "For the better part of the night, I've been trying to find the words to describe what happened and all I keep coming back to is that he should not have died."

"The video of a Minneapolis police officer killing a defenseless, handcuffed man is one of the most vile and heartbreaking images I’ve ever seen."

Councilwoman Jenkins, who represents the neighborhood where the incident took place, said in a statement, “My heart is breaking for the tragic loss of life last night near 38th and Chicago. Our community continues to be traumatized again, and again and again. We must demand answers,"

In an interview with KARE 11, Councilwoman Jenkins said she had heard from hundreds of her constituents.

"Now not only do we have to be concerned about our physical health but our emotional health is continuously being damaged by watching all of these videos of black people being murdered while jogging, black women being murdered in their beds, black men being murdered like animals on the streets of Minneapolis. This is unacceptable and this must end," Councilwoman Jenkins said.

She later said, "We have to begin to see these issues as intersectional and interrelated. People need access to housing, to homes, to jobs, to employment, to education, and affordable healthcare."

"We heard his repeated calls for help. We heard him say over and over again that he could not breathe. And now we have seen yet another horrifying and gutwrenching instance of an African American man dying."

“We are once again traumatized by the tragic scene of a black man pleading for his life at the hands of a white police officer. We cannot look away from this injustice and terrible loss of life. Mayor Frey and Chief Arradondo have called for an immediate federal investigation. That’s the right thing to do. We must learn exactly what happened, secure justice, and hold the people involved accountable. It is in our power to end this pattern of abuse and death against black people. It’s our moral responsibility.”

"It is sickening to watch this black man be killed while helplessly begging for help.

Black lives matter isn’t just a chant, it’s call for justice. It’s a call for our humanity to be recognized.

Ilhan Omar
It is sickening to watch a black man be killed while helplessly begg... ing for help in South Minneapolis.‬ Black lives matter isn't just a chant, it's a call for justice. Its a call for accountability. It's a call for our humanity to be recognized. ‬This must stop.

"The lack of humanity in this disturbing video is sickening. We will get answers and seek justice."

In part of AG Ellison's statement, he said, "The issue of police-community relations has been a point of controversy and pain for the whole of American history. It involves centuries of trauma. In the past several years alone, almost every part of Minnesota has lived through a fatal encounter with law enforcement. George Floyd's death raises that trauma yet again for so many people."

"George Floyd deserved better and his family deserves justice. His life mattered. I'm grateful for the swift action in Minneapolis to fire the officers involved — they must be held responsible for their egregious actions. The FBI should conduct a thorough investigation."

"This is murder. Disgusting. Seriously, what the hell is wrong with US????"

"Here's the sad reality: what happened to George Floyd, Ahmaud Arbery & Christian Cooper has gone on for generations to Black Americans. Cell phones just made it more visible."

PHOTOS: Minneapolis citizens react to the death of George Floyd