South Carolina State honored local veterans on Thursday with a celebration of song and prayer. 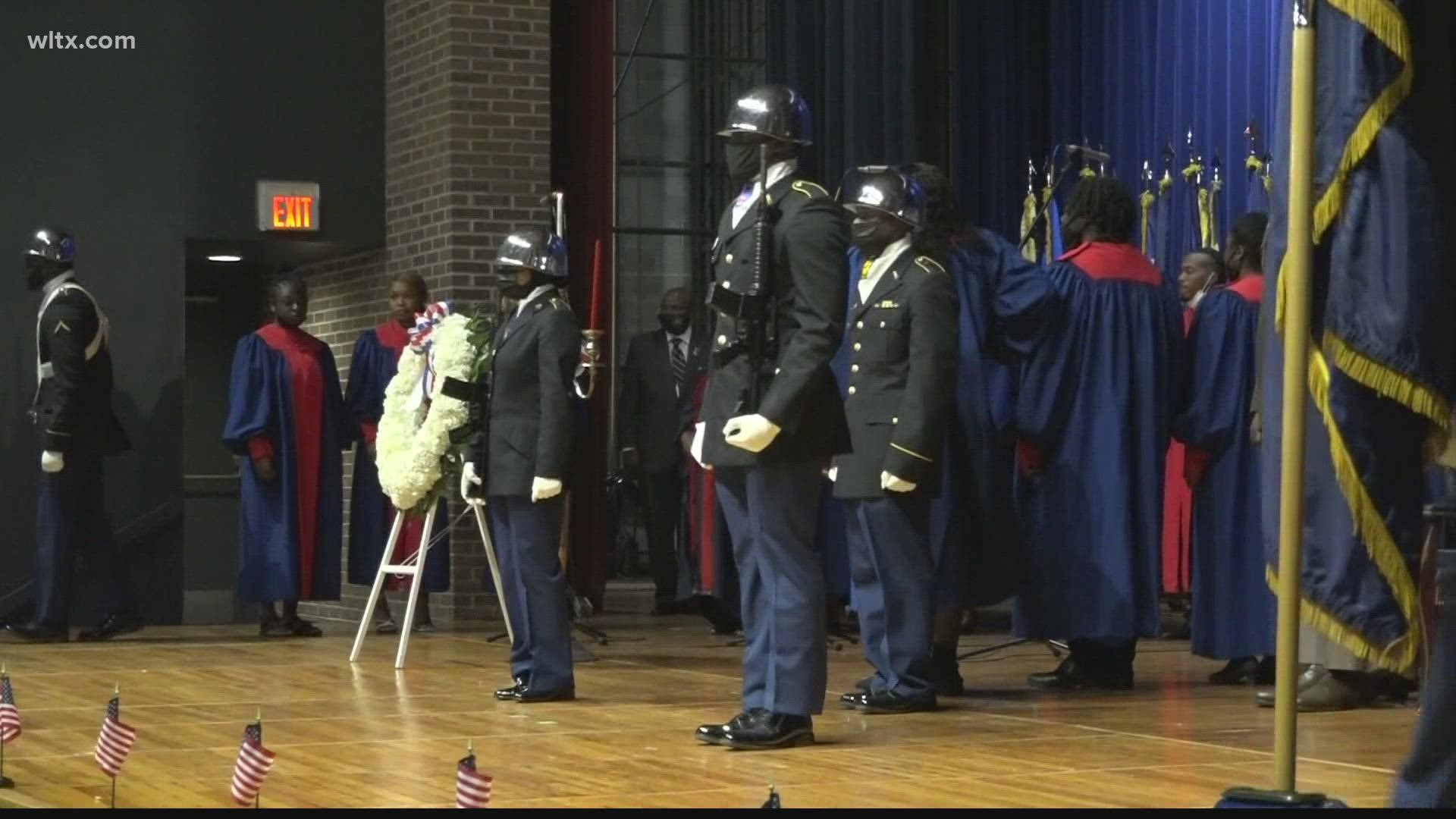 ORANGEBURG, S.C. — Many veterans in Orangeburg came out of SC State's ROTC program. On Thursday, they received flowers at the school's annual Veterans Day ceremony.

Colonel Joe Hart was the keynote speaker. Hart is an alum of SC State and served in the US Army.

RELATED: National Vietnam prisoner of war reunion to be held in South Carolina in 2022

“The uniform of the United States soldier is globally recognized as a symbol of hope and change," he said.

The school took a moment to honor veterans of the Korean and Vietnam Wars. Hayward Stackhouse served in the U.S. Army for 27 years and fought in Operation Desert Storm.

“Being a veteran was a significant part of that. It provided the foundation that propelled me to do what I do for the federal government today, and it allows me to continue to serve my country, just in a different capacity," said Stackhouse.

Julius Page served in the Korean War in 1952.

“Veteran’s Day means a lot to me because it gives me a sense of pride to realize that we’re still being recognized for something we’ve done for the United States of America," said Page.

“We have a great ROTC program here so it’s very important that we continue to educate our students, our student body, as well as celebrate and honor those veterans in this community,  on days like this, Veteran’s Day," he said.

Conyers himself served in the military for 32 years.

“Although it means a lot to me personally, but I know the sacrifices that my fellow veterans have made throughout their time in the military," said Conyers.

The ceremony ended with a moment of silence to honor the veterans who made the ultimate sacrifice and lost their lives.