Clyburn: 'High speed internet is an essential service and our rural communities cannot wait another day'

More than 150,000 homes in South Carolina cannot get access the internet, according to the congressman. 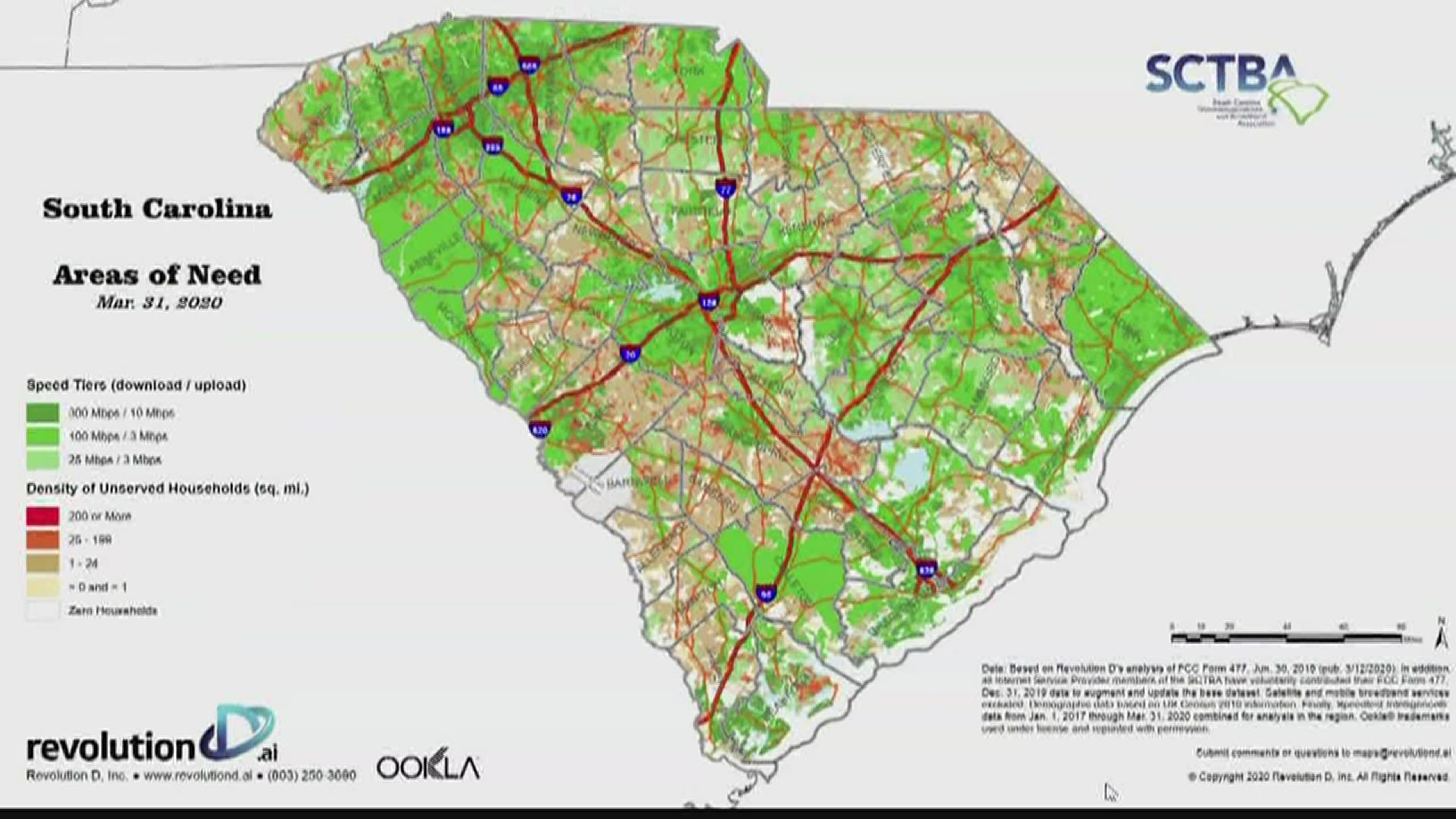 The maps are intended to help policymakers at both the state and federal level figure out how to spend money to help make the internet available across South Carolina.

RELATED: SC schools plan for the year ahead with new guidance

"South Carolina now has what we believe to be some of the most accurate and up-to-date broadband maps in the country," says Clyburn continued, saying the results from the maps are striking.

The congressman went on to say that many of these households are in the rural parts of South Carolina, where high speed internet is not available at any price.

RELATED: Twelve years of never missing a day of school

The S.C. Department of Education found 160,000 households who have at least one student and do not have access to the internet.

"We purchase the devices, we train the teachers, we train the students but when we send them home, it’s beyond our capability to make sure every student has access to the internet," says Mary Ann Byrd, Kershaw County school district community relations director.

Congressman Clyburn says that next week Congress will be voting on $100 billion broadband bill to bring internet access to every American household in the next decade.

The maps can be found at the SC Digital Drive website.