Authorities have charged two juveniles in connection with the fires that started last month in the Chimney Tops area of the Great Smoky Mountains National Park and swept through Sevier County, killing 14 and causing injuries or illnesses to more than 190. 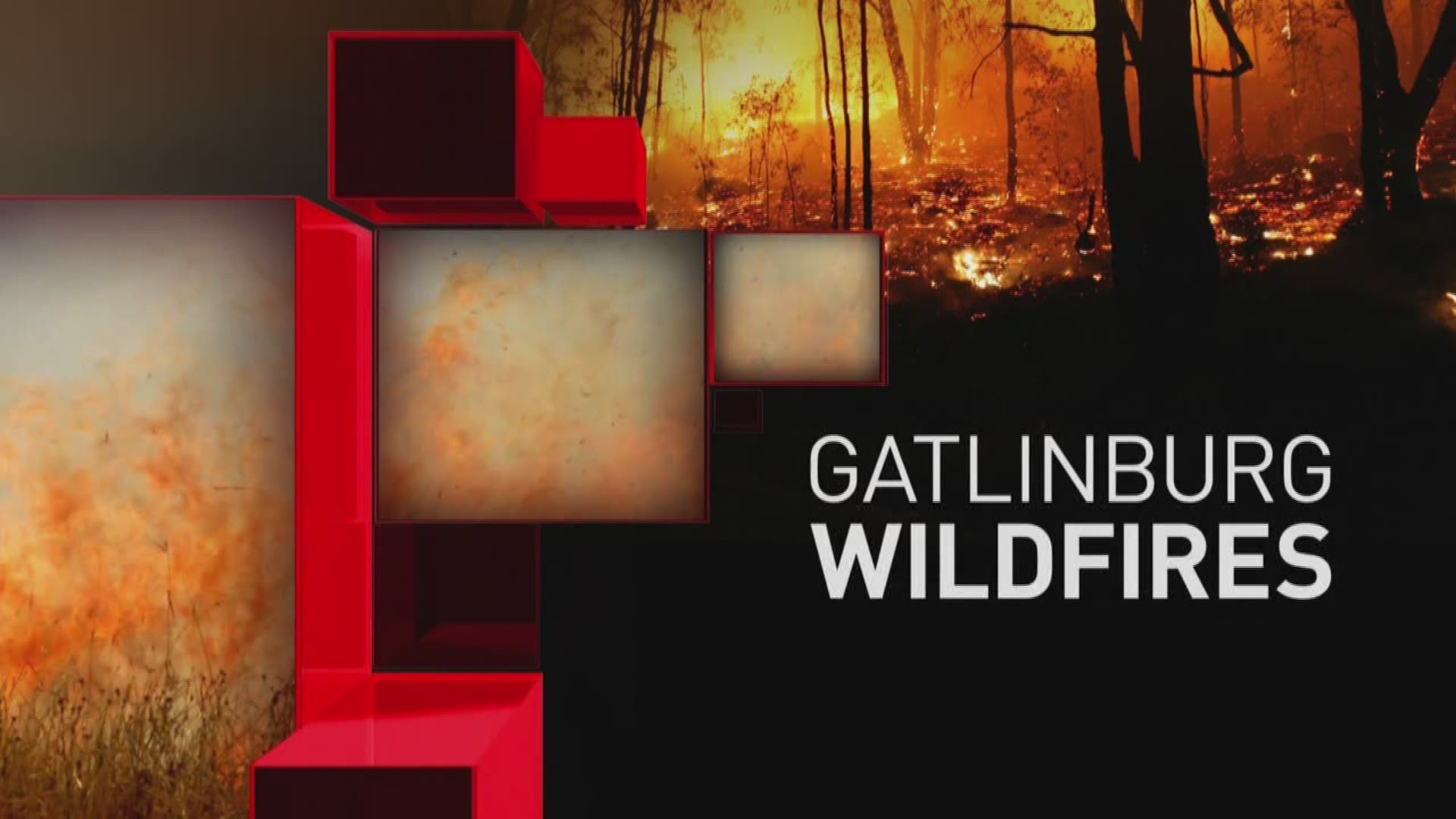 Authorities have charged two juveniles in connection with the fires that started last month in the Chimney Tops area of the Great Smoky Mountains National Park and swept through Sevier County, killing 14 and causing injuries or illnesses to more than 190.

The juveniles were charged with aggravated arson, but could face additional charges later. They are currently being held at the Sevier County Juvenile Detention Center.

"Everything is on the table," James Dunn, district attorney general of the 4th District.

During the coming days, a judge will determine whether to grant the two bond and - if so - how much.

They also could be tried as adults.

“Numerous hours have gone into conducting interviews and investigating this incident from every angle," said Mark Gwyn, director of the TBI, adding that local and state agencies “have been working tirelessly." 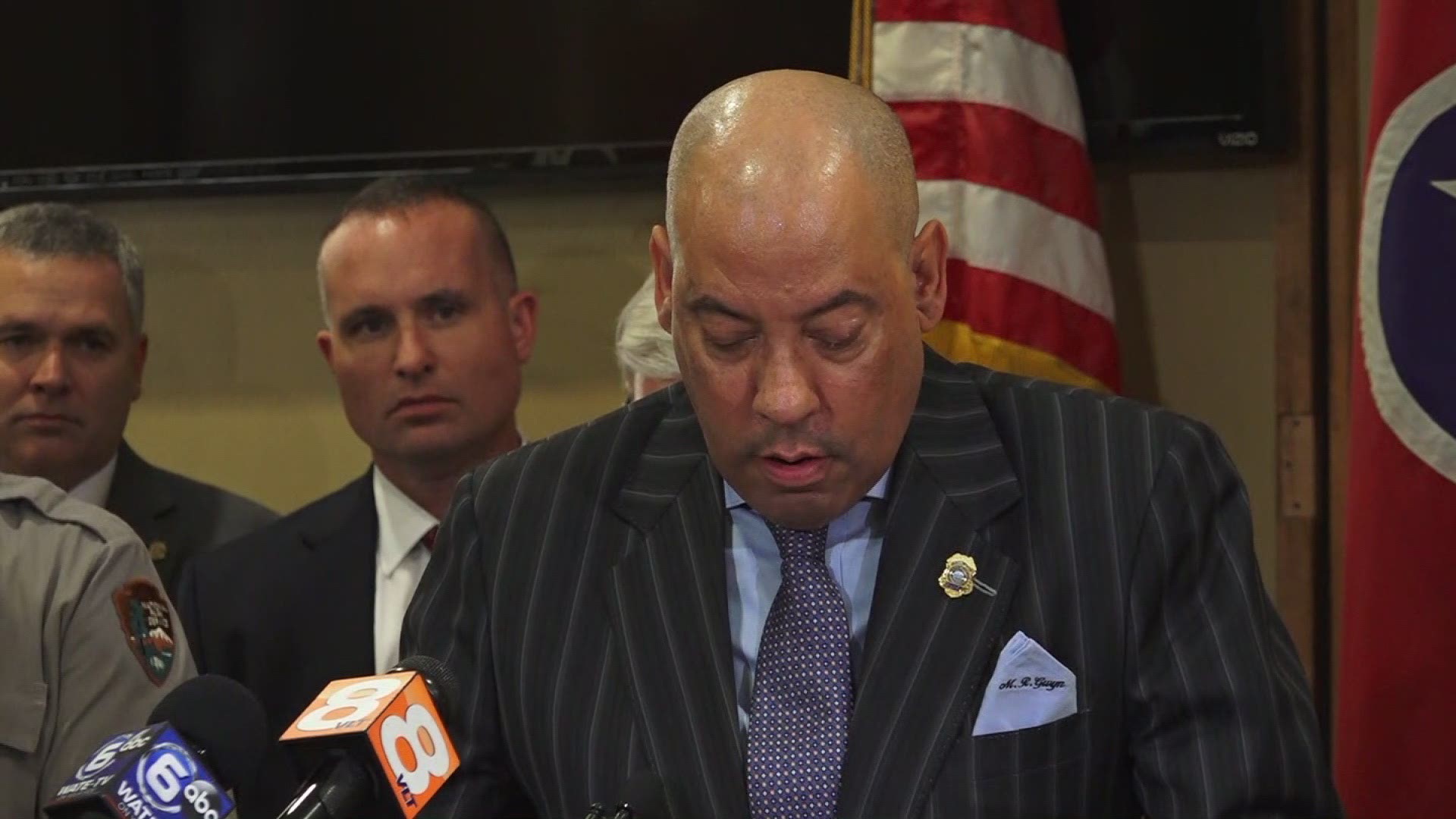 Officials said little about the identities of the juveniles other than they were not from Sevier County but were from Tennessee.

Knoxville attorney Bob Jolley, who worked as a prosecutor with the state for nearly 25 years, said the prosecution will have to prove that someone intended to burn property they didn't have permission to burn, and as a result, someone received serious bodily harm.

"Arson cases are relatively rare," Jolley said. "They are hard to prosecute."

The cases often rely on someone talking, giving a witness account, or providing a statement, he said.

Jolley said it is also rare that a case is transferred from juvenile court to adult criminal court. A person must be 16 or above, he said, or have specific offenses if under 15.

Circumstances that will be looked at to determine moving the case to adult criminal court are proof of the offense, mental or psychological problems, and the community's demand for the transfer, Jolley added.

"This would be a case that the last factor is probably something that would be relatively easy to prove," he said.

The judge will also look at six specific factors in considering the transfer, Jolley said, including the type of juvenile record a person may have and whether that person may be able to receive treatment in the juvenile court system that may not be available in adult court.

The two juveniles charged with aggravated arson in the Chimney Tops fire are entitled to a detention hearing within the next 72 hours, officials said at Wednesday's 3 p.m. announcement. At that hearing, a juvenile court judge will determine whether or not they will be held without bond, held with bond, or released.

Knoxville attorney Dennis Francis also said as long as the case remains in juvenile court, many details will be kept private, owing mostly to the differing mission of juvenile proceedings.

"It's more of a rehabilitation concept than certainly a punishment concept," said Francis.

He also said in most juvenile cases, the court can only hold someone until their 19th birthday. He does not believe that, even if transferred to adult court, these juveniles could face the death penalty.

Gatlinburg mayor Mike Werner the news that two juveniles are arrested and charged with starting the deadly fire is "heartbreaking."

"You can't figure out, you know, how something like this could happen, but I think it does bring some closure to some people," Werner said.

Over at the Pigeon Forge Fire Department, chief Tony Watson said, as the father of a 16-year-old, he wonders about the future of these two young people.

"Could there be more charges? Will they be held responsible for those deaths of those innocent folks?" he said. "That is such a tragedy."

Pigeon Forge, like so many East Tennessee fire departments, has been battling wildfires off and on, for months.

"You know, a lot of these fires that we've faced over here all year long...they've had a human component," Watson said. "And it's such a hard crime to prove....My hand and my heart goes out to those investigators out there, whoever it may be, that worked that. I'm proud of them."

The arrests, and the reopening of Gatlinburg Friday, may mark the beginning of closure for some.

"People are just going to be glad to get a little bit back to normal," Werner said.

That may be a "normal," however, that, for some, will be very different than before.

That includes for Werner and his family.

"We lost our home, we lost our business of 31 years, you know, like a lot of personal things that you can never get back," he said.

As the county heals, Werner said, officials plan on looking at anything that can be improved - including the warning system and local codes - in order to prevent anything like this from happening again.

"I think that there's a lot of things that can be improved, and we've done everything we possibly could at the time, but we always want to say that if we can make improvements, that's what we want to do," he said.

PREVIOUS: We are anticipating a 3 p.m. news conference in Sevier County that will provide new information about investigation into the wildfires that devastated that community last week.

The press conference is set for 3 p.m. at the Sevier County Courthouse in Sevierville. You can watch it live on WBIR and WBIR.com.

The Chimney Tops 2 fire started on Nov. 23 in the Great Smoky Mountains National Park, and officials said it was "human-caused." No charges have been filed and no suspects have been named so far.

That fire spread rapidly, fueled by strong winds, on November 28, into developed areas of Gatlinburg and Pigeon Forge. Fourteen people were killed as the fire spread and sparked new ones, dozens were injured, and 1,785 structures were destroyed, displacing thousands of people.

The Chimney Tops 2 fire is still smoldering in the park, burning 17,006 acres so far, but it is now 58 percent contained. A second fire, called the Cobby Nob fire which started the night of the fires in Gatlinburg, covers 803 acres and is 53 percent contained. Thanks to the rain, those fires have not increased in size in the past few days, but they are not completely out.