He's the second prominent South Carolina politician to test positive for the virus this week. 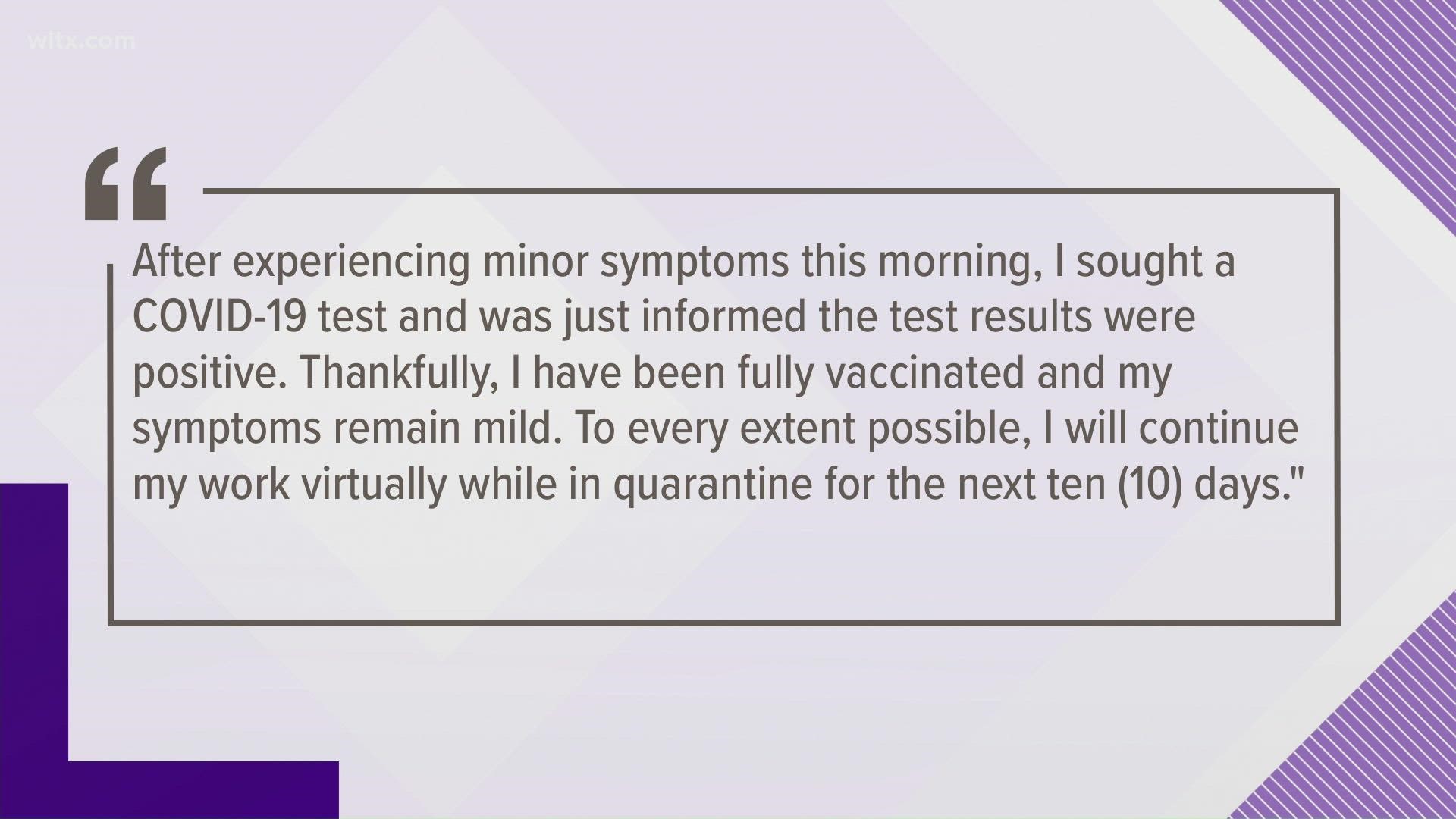 "After experiencing minor symptoms this morning, I sought a COVID-19 test and was just informed the test results were positive," he wrote. 'Thankfully, I have been fully vaccinated and my symptoms remain mild. To every extent possible, I will continue my work virtually while in quarantine for the next ten days."

Meg Kinnard of the Associated Press reported Thursday Graham said he'd had some "pretty tough days" since the diagnosis but was feeling better. He advocated for people to get the vaccine, saying it helped him, and said he's asked Former President Donald Trump to push for people to get the shot.

Rep. Norman represents South Carolina's Fifth Congressional District, which stretches from suburban Charlotte in York County into Chester and Union County and then down into the Midlands, including all or parts of Newberry, Lee, Sumter, Kershaw, and Fairfield Counties.  Before taking the office in a special election in 2017, he was a member of the South Carolina General Assembly.

Doctors had always said that breakthrough cases could happen with the virus, but the shot is designed to lessen the severity of those symptoms should they happen. The CDC and other health agencies say over 95 percent of those hospitalized with COVID-19 are the unvaccinated, and nearly all of those who've died of the disease also haven't gotten the shot.