Recent heavy rainfalls filled up portions of the salt flats and attracted tourists from across West and far West Texas. 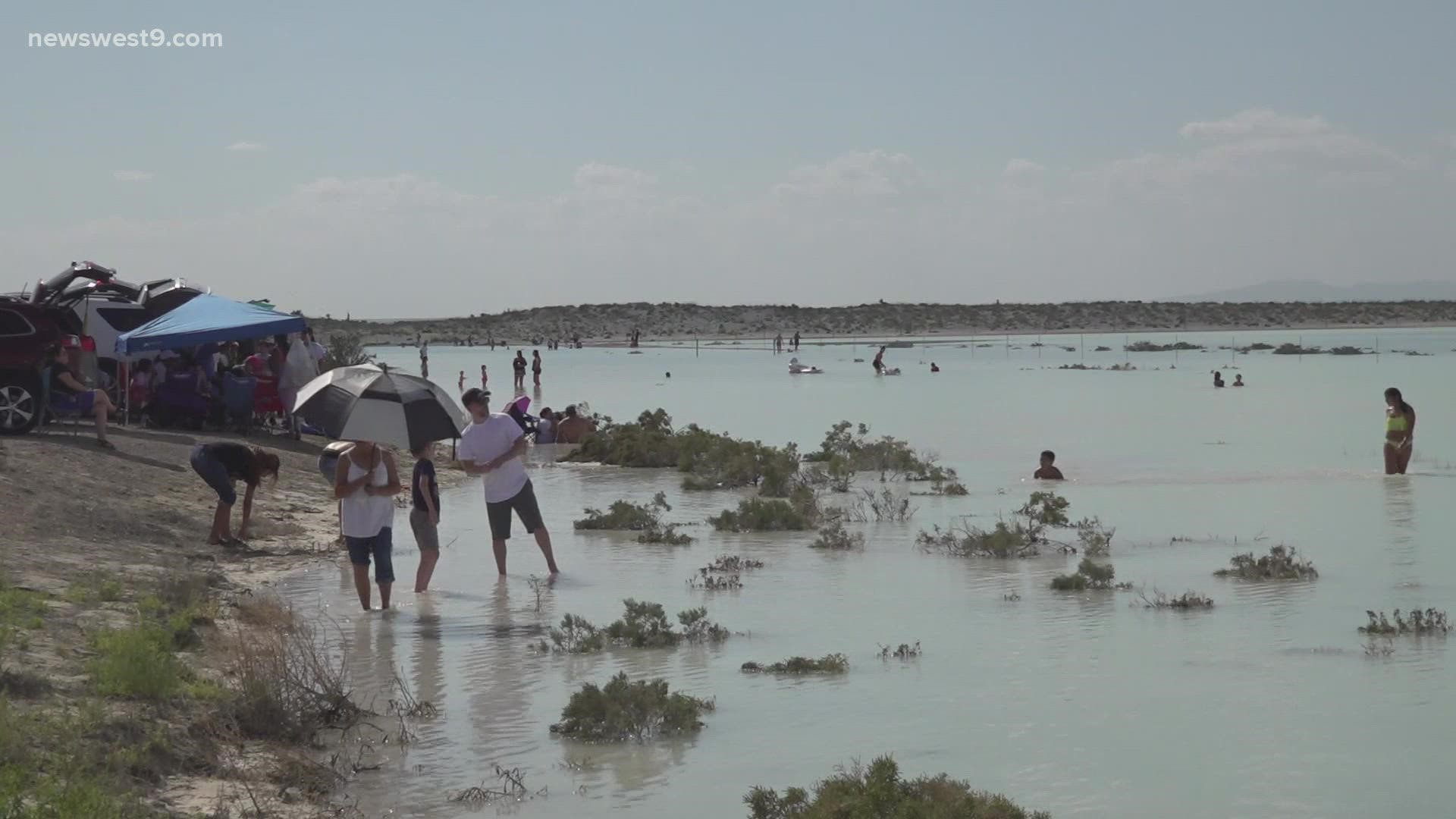 HUDSPETH COUNTY, Texas — Way out west along Highway 62 in Hudspeth County, in the shadow of El Capitan, lie the salt flats of West Texas.

Out here in the middle of the desert is the last place you’d expect to have a beach day.

In a normally dry and desolate stretch of desert, now sits a little oasis.

Arturo, an El Paso resident, said he was out just having some fun after seeing the lake on social media.

“We were just hanging out for a little bit, playing volleyball, just hanging out with the kids," Arturo said. "Like any outing to a regular lake. It’s kind of nice though because it’s shallow, so you don’t have that risk of the kids going out too far.”

People came from all corners of West Texas to experience the new lake for themselves.

Much of the lake is on private property. However, the water from the edge of the highway to the property line is fair game.

And people are taking advantage of the new lakefront property. From swimming, to tossing a football, to inflatable rafts, it just doesn’t feel like West Texas.

History will tell you the lake bed dried up some 10,000 years ago and never significantly filled up since. At least until this summer, when heavy rains filled it back up to a little more than a foot.

It’s almost magical for a place where – many years – rainfall is hard to come by.

The water will evaporate over time and it’ll soon be just dry salt flats once again. But for now though, it’s an oasis, in the middle of the West Texas desert.