From lagging to luxurious, a look at the largest upgrade to Williams-Brice Stadium

The most extensive renovations to Williams-Brice Stadium will be seen by the public for the first time in three weeks. 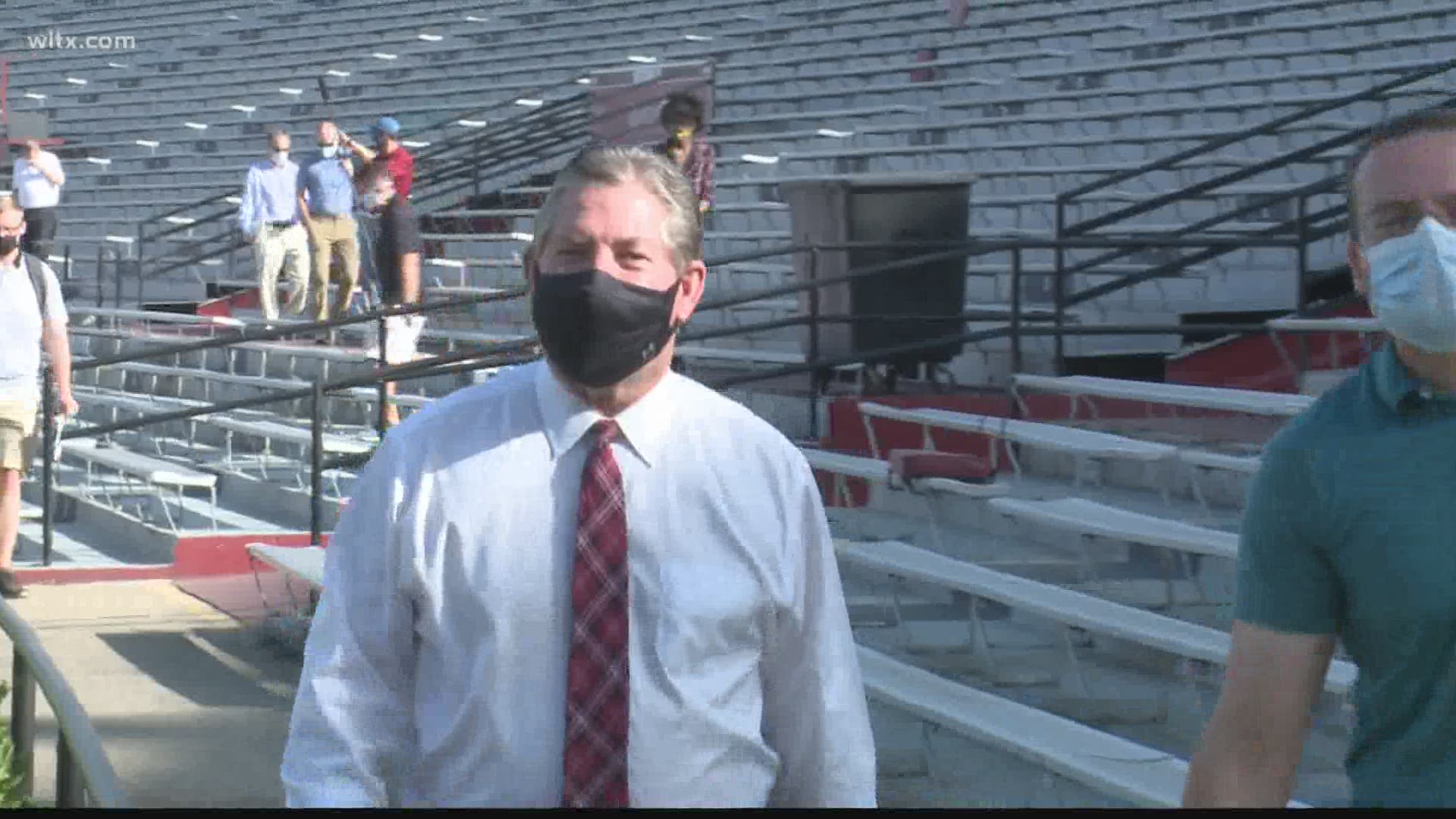 When he came on board as the head baseball coach in 1997, Tanner took notice of the facilities at South Carolina and not just for baseball. With someone who had an eye towards administration, it was only natural for Tanner to take stock of what he would be working with as he tried to lure recruits to Columbia.

"I came here in the fall of 1996 and across our facilities, we probably weren't up to par in the Southeastern Conference," Tanner said.

Part of the $22.5 million project is a new staging area for recruits in the south end zone where the Crews weight room once stood. Instead of hosting recruits in the weight room area, that space has been renovated for prospects to eat and mingle on game days. It leads to its own stairwell which leads to the field where recruits will have their own entrance to the field. After watching warm-ups on the field, the recruits and their families can make their way to their seats which are right above the locker room.

Tanner said head football coach Will Muschamp was more than engaged in this project and the AD was more than happy to listen to a coach who has seen first hand how other SEC programs present their programs to recruits.