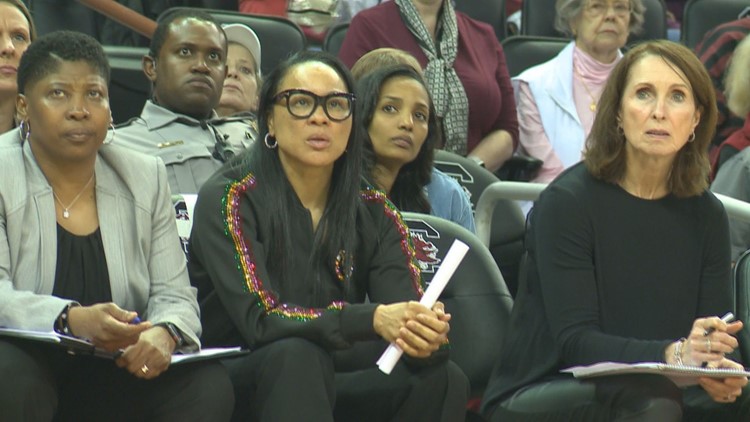 The 2019-2020 USC women's basketball schedule features 15 regular season home games with 13 of those games against teams who made last season's NCAA Tournament, including the reigning National Champion Baylor.

After an exhibition game on Fri., Nov. 1 against North Georgia, South Carolina will host three regular-season games in November starting with the season opener Tuesday, November 5 against Alabama State. The annual meeting with Clemson is set for November 24 at Littlejohn Coliseum.

Three of December's four games will be at Colonial Life Arena as Purdue (Dec. 15), Duke (Dec. 19) and NCAA Tournament participant South Dakota (Dec. 22) all visit Columbia before the holiday break. The lone road trip takes Staley back to her coaching roots in Philadelphia as the Gamecocks will be at Temple on December 7.

The Gamecocks open the SEC schedule against Kentucky on January 2 before hosting Arkansas (Jan. 9) and the first of their three Monday night games coming against Mississippi State on Jan. 20.

For the second time in as many seasons, the SEC Tournament will be in Greenville, S.C., beginning Mar. 4 with the championship game set for Mar. 8.

Game times and television broadcast information for the 2019-20 schedule will be released at a later time.