Lugoff-Elgin defeated Darlington 5-4 to win the 4A state championship series 2-0. 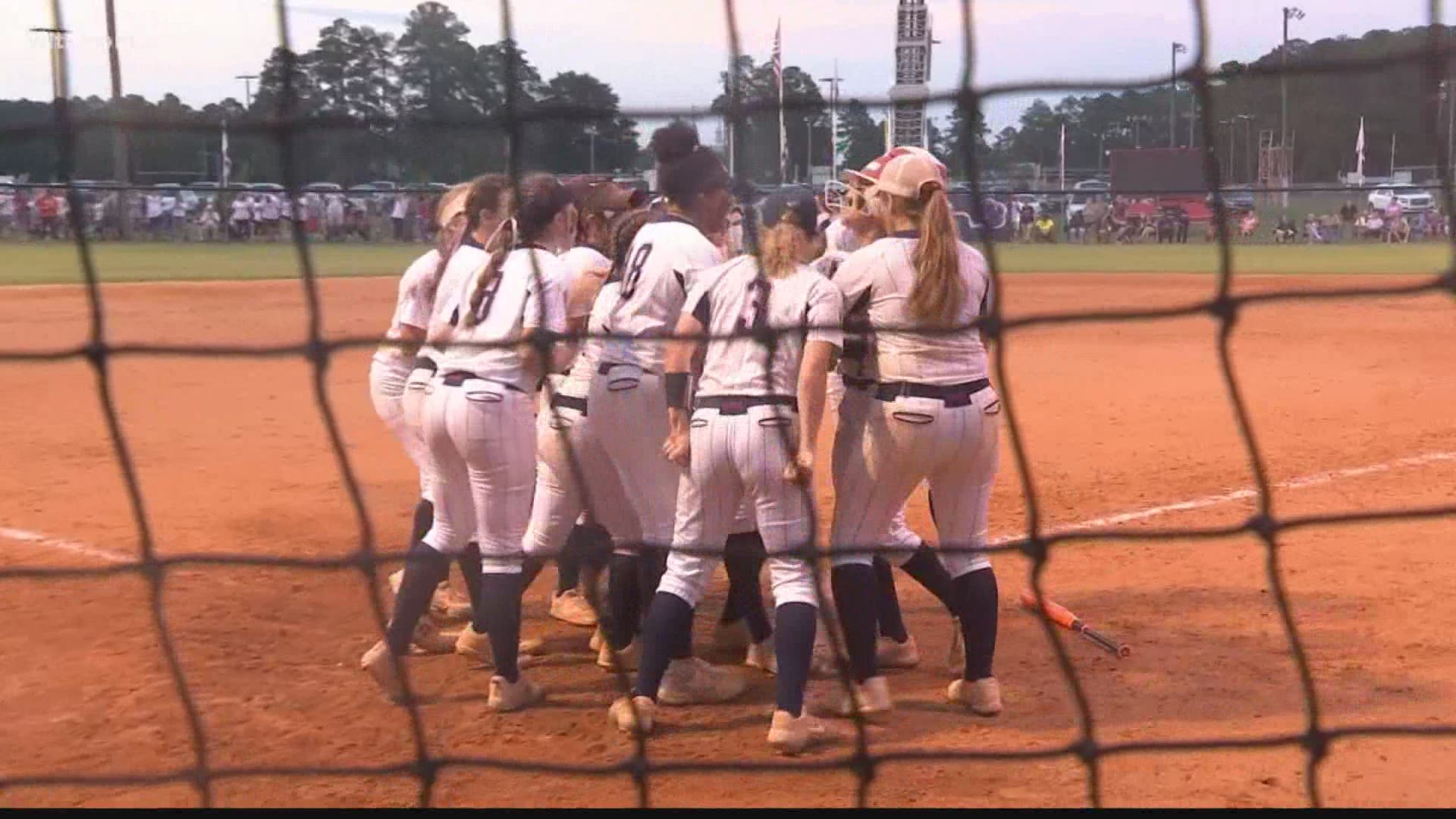 Darlington had taken a 4-3 lead in the bottom of the sixth after an errant throw allowed two runners to score.

But with two outs, Spradley's home run to left landed right in front of the Lugoff-Elgin student section. The Demons held Darlington scoreless in the bottom of the seventh to secure the first state title for Lugoff-Elgin softball.

For head coach Savannah Starling, winning a state title at Darlington was special because it came on the same field when the seniors played their first game in a Lugoff-Elgin uniform as junior varsity players in the seventh grade. Starling was the J.V. coach at the time.

"The first time they wore a Lugoff-Elgin jersey was right here when they were seventh graders," said Starling.

"We came here for a doubleheader scrimmage. So, the fact that they get to wear these jerseys for the last time, here, is pretty cool."