The system is on a track that could move it toward the United States. 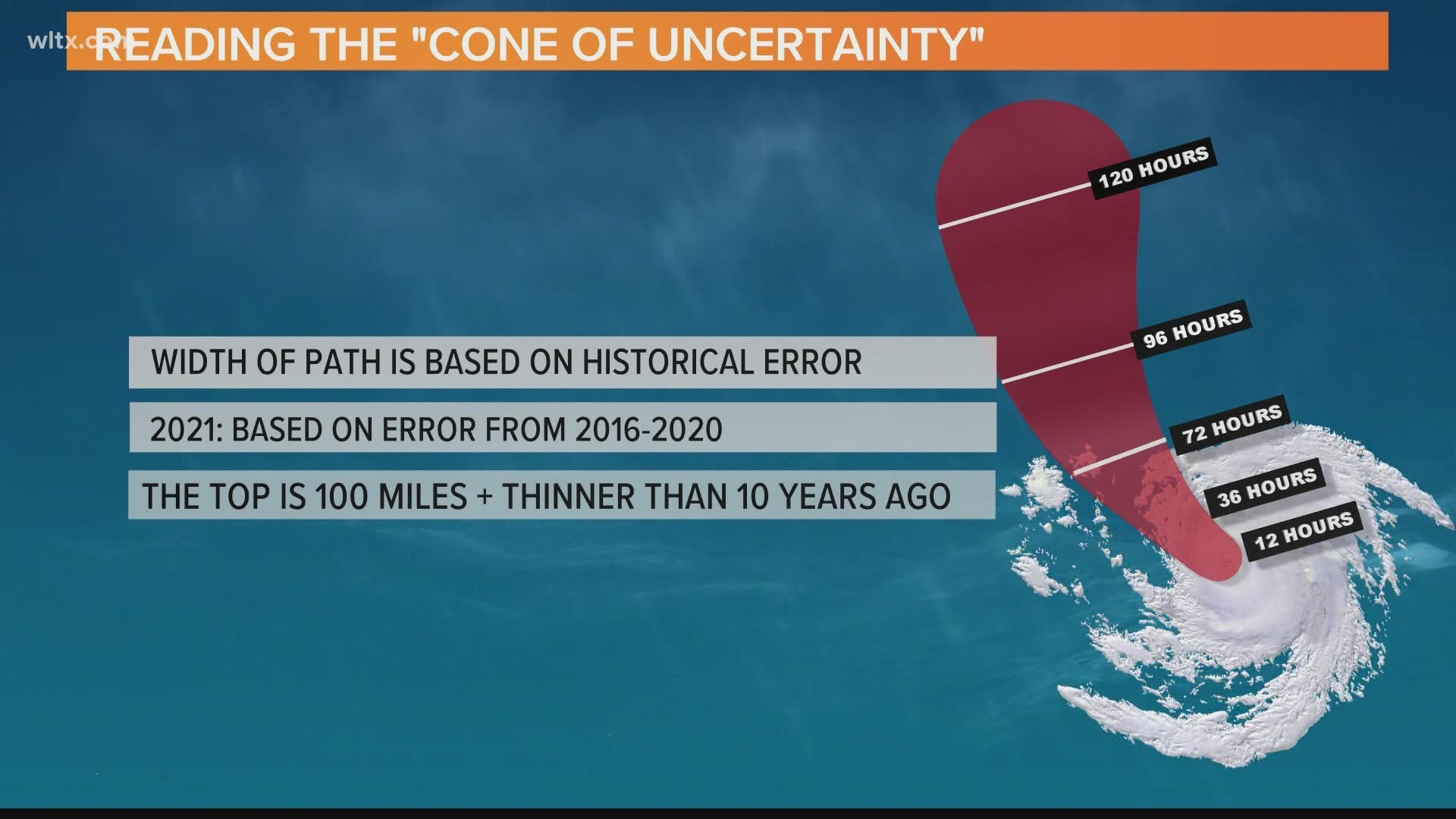 COLUMBIA, S.C. — A system that's formed in the Atlantic is expected to become Tropical Storm Fred soon and is on a track that could have it affect the United States.

The system has maximum sustained winds of 35 miles an hour and is moving to the west-northwest at 15 miles an hour. It's expected to get better organized and gain strength to become Tropical Storm Fred.

The storm is currently located well out to sea, to the east of all the islands of the Caribbean.

The current consensus forecast track from the National Hurricane Center has the storm moving west near Puerto Rico and across Haiti and the Dominican Republic over the next three days. Where it goes after that is still a bit uncertain.

RELATED: This hurricane season, don’t get swept away with these viral memes - they’re false

Some of the long rang computer models have the storm going over Cuba and into the eastern Gulf of Mexico. Others, though, want to turn the system northward up the Florida peninsula or up the East Coast. You can see that in the so-called "spaghetti models" in the graphic below. Each strand represents a separate computer model attempting to project the storm's path.

At present, it's just too early to say in South Carolina will see any impacts.

At present, a significant uptick in strength is not forecast, but as always, that forecast could change. Because of the uncertainty, this system will require further monitoring.

You can keep up with the latest on the storm by downloading the News19 app. We'll have the latest forecast updates and will send alerts if there are threats for South Carolina.