We asked experts how you can calculate the carbon dioxide stored inside your trees. 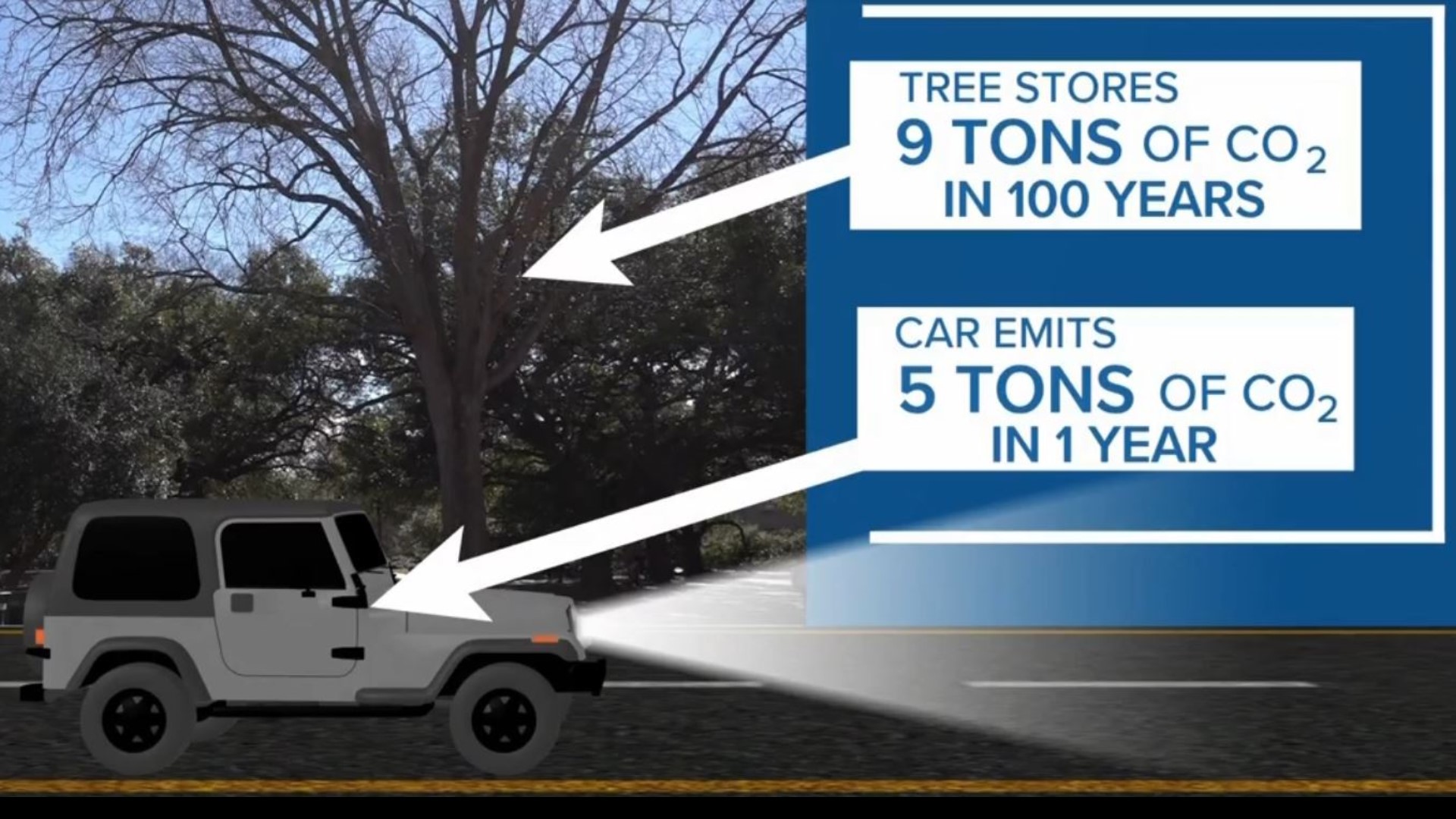 COLUMBIA, S.C. — Trees provide shade, improve flood control, reduce erosion, and capture thousands of pounds of pollutants. While they’re good at the job, we found out it would take more than fifty 100-year-old trees to offset the carbon emissions from just one passenger car.

Columbia has been declared “Tree City USA” by the Arbor Day Foundation for more than 40 years, which is longer than any other city in South Carolina. It’s for a good reason. Trees play an important role in city planning. Sara Hollar works with the City of Columbia Public Works Department. Hollar tells us the city plants more than 500 trees every year. It’s an effort to keep our city green and protect nature from our mess.

"As the water runs down the pavement it picks whatever is on there”, Sara Hollar explains.

Trees are perhaps most well known for their ability to clean the air. Through microscopic openings underneath leaves, called stromata, trees can filter air pollutants like nitrogen, ozone, and carbon dioxide and convert them into sugar and carbs which are used for the tree’s survival.

Excess carbon dioxide in the atmosphere from human emissions has been linked as the leading cause for warmer global temperatures and increased ocean acidity. Trees are adept at storing thousands of pounds of the gas as energy in their lifetime. It seems like a perfect balance, but trees don’t put a dent on the carbon dioxide emissions from our day to day activities.

Herrick Brown is the curator of plant collection at the AC Moore Herbarium at the University of South Carolina. The Herbarium stores information on more than 130 thousand plant cuttings which gives researchers data about how people are changing our forests and how trees can clean some of our mistakes. In a few calculations, Brown was able to estimate a 100-year-old tree on campus at U of SC holds 18,600 pounds of carbon dioxide.

According to the EPA, the average passenger car emits 4.7 metric tons  (about 5 US tons) of Carbon Dioxide into the atmosphere every year. In less than 2 years, a passenger car emits enough Carbon Dioxide to fill a 100 year old tree in its entire lifetime. Planting trees are an important practice, but keeping old trees alive and health deserve just as much attention because it takes decades before a young tree can reduce carbon emissions.

Here’s the formula we used. You can find more information by clicking here.

RELATED: January 2020 was the world's hottest January in recorded history