This is why January felt colder

Temperatures across the Midlands in January 2021 were near the climatological normal, but there's a reason why it felt cooler. 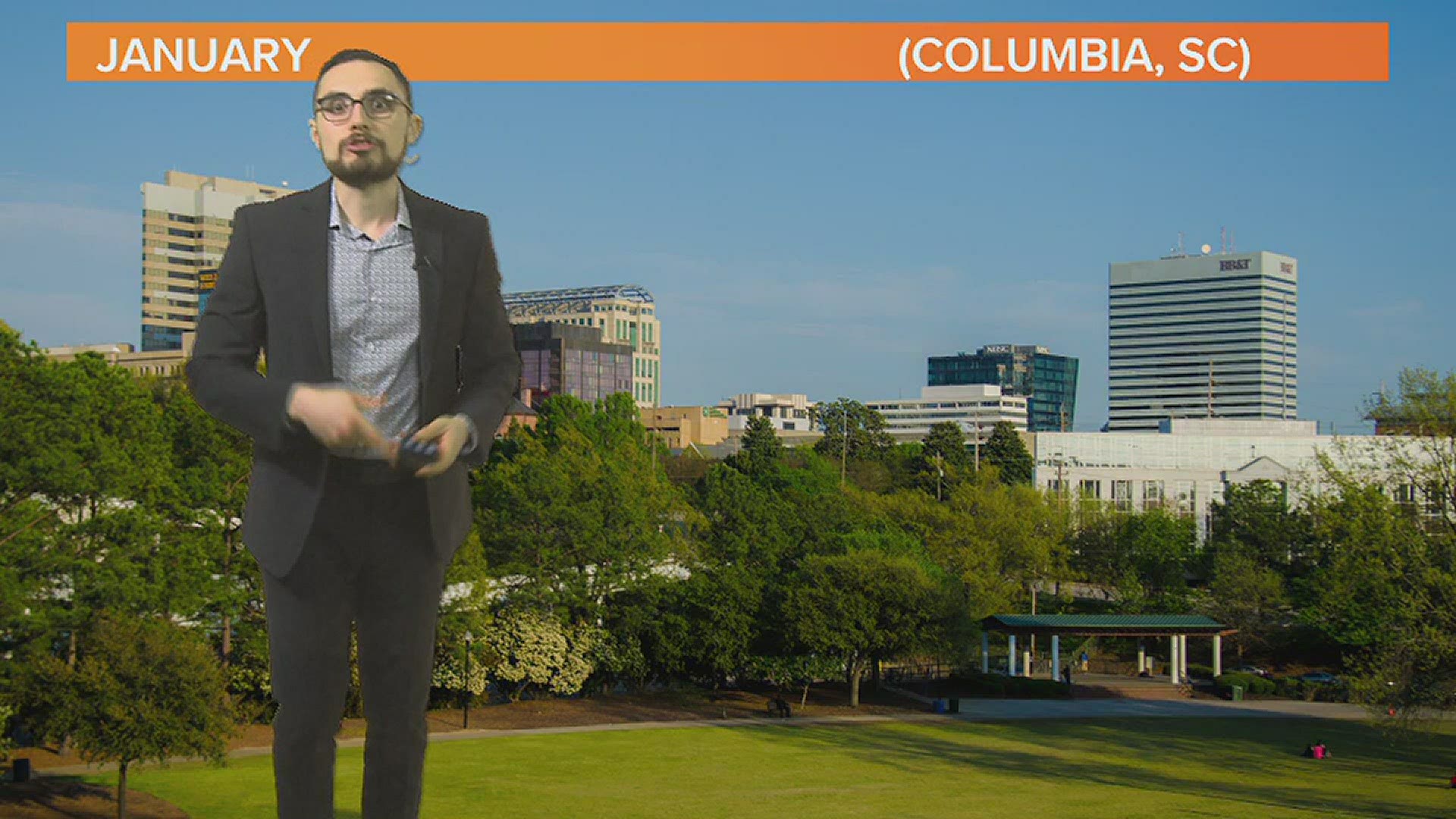 COLUMBIA, S.C. — On average, January is the coldest month of the winter in the Midlands, so it's no surprise to have a handful of chilly days through the month. January 2021 ended with temperatures close to the 30-year climatological January average. The average high for January 2021 was 56° and the average low was 36°, which is actually a touch warmer than the historical average morning low of 34°.

Despite near average temperatures, January 2021 trended rainier than average. The gloomy weather could be one reason why last month felt cooler. January 2021 recorded 5.32" of rain which is nearly an inch and a half above the average 3.58". More than half of January 2021 was rainy. The Columbia Airport reported 16 days with rain.

RELATED: Are you using your heater more this winter?

Although January 2021 ran close to the climatological average temperatures, it was much colder than January 2020, which ranked 17th warmest on record in Columbia. The average afternoon in January 2020 was in the low 60s and the morning lows were in the 40s, about 5 degrees above average. In January 2021 there was only one day in the 70s, but Columbia reported 6 days in the 70s in January 2020.

According to the Garden

In the garden, plants are growing slower than last January but are green and healthy of the lack of extreme cold. The historical average coldest morning in Columbia is 16 degrees, but the past 3 winters haven't dropped below 20°. While 20 degrees sounds cold, it's mild enough for winter crops to thrive.

RELATED: Gandy's Garden: Tasty produce you can grow in January

In Gandy's Garden, our parsley plants look just as full this year as they did in 2020. That's because the parsley was planted in autumn, which was milder than the previous season. Although this winter is trending cooler than last winter, the lack of deep freezes so far is keeping everything green. The spinach seedlings planted in early January are slower to emerge this year than last year because this January was not as warm. Last year the spinach was on their second set of leaves by early February, but this year the seedlings are just beginning to sprout.

We have one day in the 70s and suddenly my banana plants think it’s spring and are pushing new growth! These are all cold tolerant varieties, but the leaves will burn when temperatures drop below freezing so I had to bring out the frost cloths! 🍌 #SCwx #garden #organicgarden pic.twitter.com/YEXstnNAHb

Meanwhile, the banana plants - which are frost sensitive - are pushing out new growth as we enter into February. This isn't unusual during a mild winter, but is an indication that temperatures are running unusually warm.