We go into 2021 hoping this one will be a full and prosperous one. 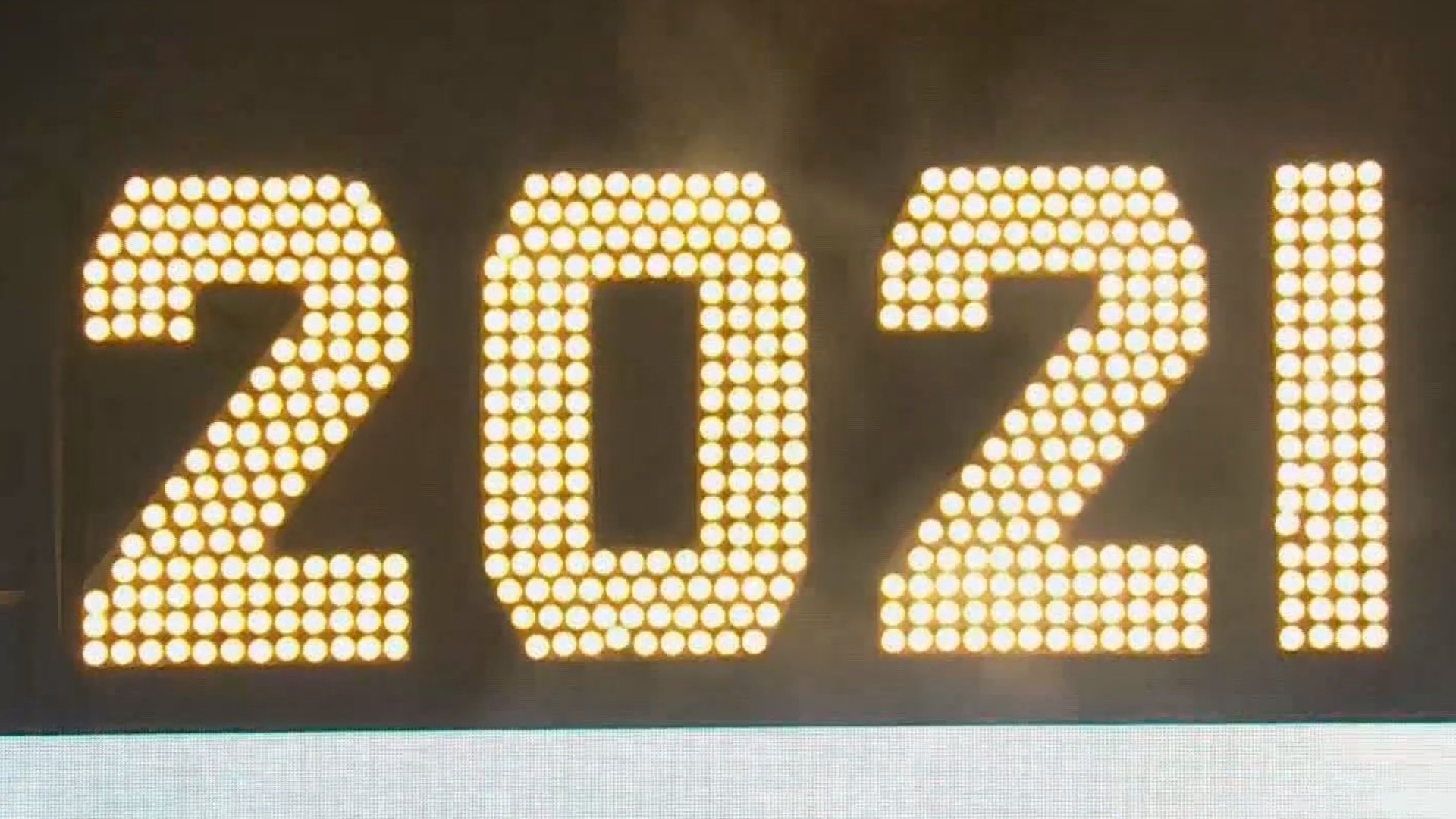 COLUMBIA, S.C. — The year 2020 is officially history, as America and the world rang in 2021 with a hopeful eye toward a better year.

In Columbia, instead of the usual Famously Hot New Year that brings tens of thousands to downtown Columbia, a virtual event was held. Hip-hop stars Arrested Development were the headliners, and other bands from years past also made appearances.

It was capped off by a countdown at midnight from Columbia Mayor Steve Benjamin and a highlight reel of some of the best moments from fireworks displays of the past.

Months ago, the event was moved to a virtual celebration due to the ongoing coronavirus pandemic. Like many countries, cities, and event private citizens, this year's New Year's was subdued compared to the usual celebrations.

RELATED: Famously Hot New Year in Columbia: What you need to know

In New York City, the famous Times Square Ball dropped as usual, but the pomp and circumstance around it was anything but the usual. This year's celebration unfolded without the usual throngs of cheering, kissing revelers. Indeed, the event’s special guests, first responders and essential workers, watched the festivities from a private, well-spaced area.

Citing concerns over the spread of COVID-19, police closed the Crossroads of the World to vehicles and pedestrians and dispersed onlookers venturing into a so-called “frozen zone" — the blocks surrounding the ball that historically draw shoulder-to-shoulder crowds.

The result, in the waning hours of 2020, was a Times Square that felt eerily empty. Police Commissioner Dermot Shea described the scene as “surreal.”

The hope, of course, is that with a vaccine on the way, things do get better in 2021. So from all of us at WLTX, have a safe and happy new year!