Harrison says he's spent a lifetime experiencing what it means to have a seat at the table that isn't necessarily prepared for him. 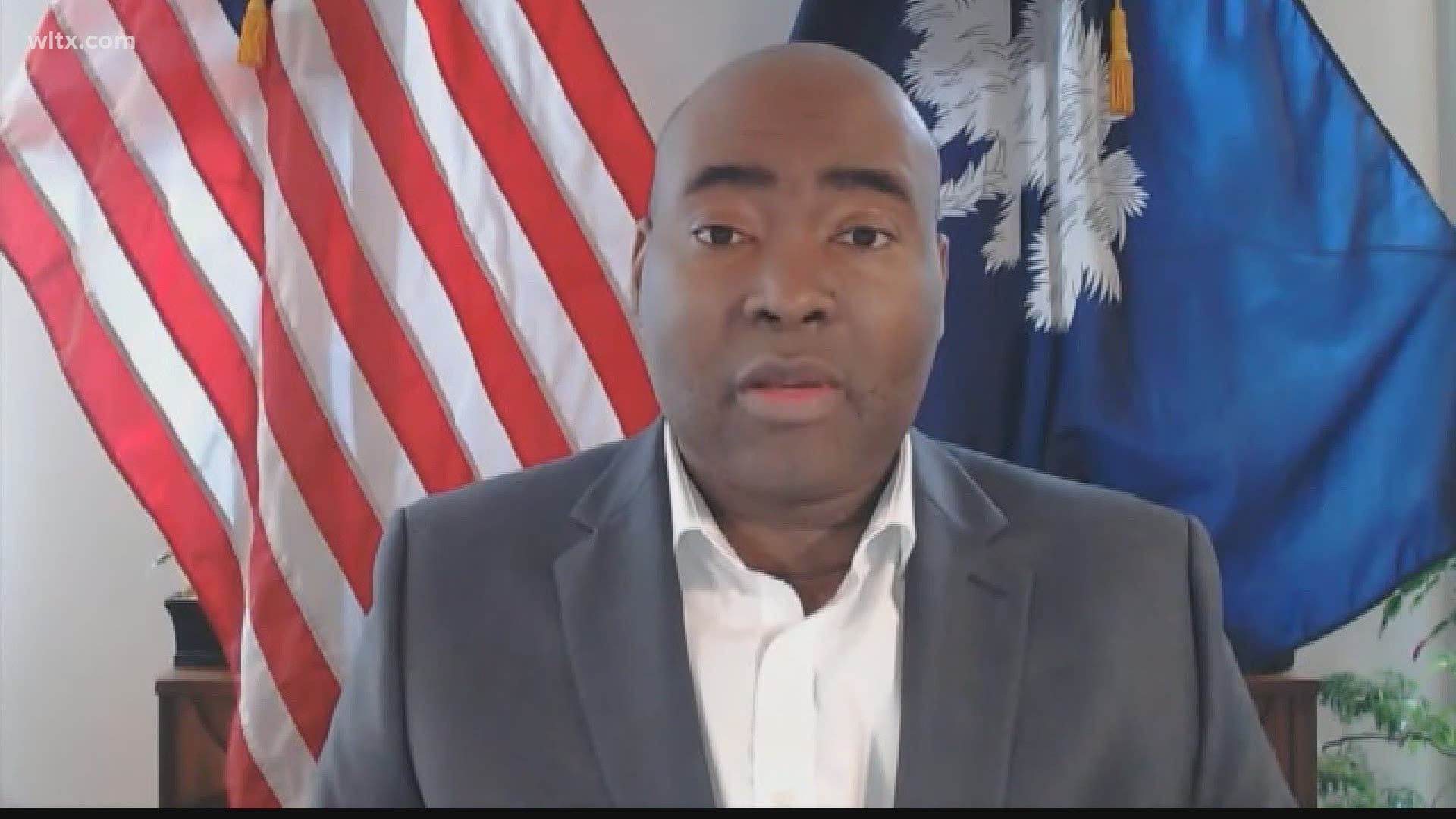 Harrison says that he's spent a lifetime experiencing what it means to have a seat at the table that isn't necessarily prepared for him.

Harrison grew up in Orangeburg County and was the first person in his family to go to college. Born to a single mother, he credits his success in life to his family and the foundation his grandparents helped instill in him. Harrison went to Yale and then Georgetown for law school.

Harrison was the first Black Executive Director of the House Democratic Caucus and the first Black floor director in House leadership, both positions that come with a lot of responsibility.

From 2007-2008 Jaime Harrison serves as Director of floor operations and counsel for the House Majority Whip, Congressman James Clyburn. Harrison was responsible for the passage of key legislation.  There had never been an African American, let alone someone of his age running the floor, getting the 218 votes in order to pass legislation. He says there were a lot of people who doubted that he would be capable of handling the position but Congressman Clyburn had faith in his ability to handle the job.

Harrison says he used to joke that at one time he wanted to write a book entitled "The One" because there were so many times that he was the only African American, or minority in the room when key legislation was being debated. He says not only did he have to carry the weight and responsibility of working for Clyburn but he says he felt he "Carried the weight of all minorities, have it be ethnic minorities, religious minorities, minorities because of their sexual orientation."

Harrison says he doesn't want to be the one and only Black Chair of the South Carolina Democratic Party.  He says, he knows the work he did in that position had to be good enough that others would never doubt that an African American could handle the position.

Harrison says that as a kid who grew up in public housing and understands the ramifications of making changes within systems that could adversely impact those that well meaning lawmakers have tried to improve. He says his colleagues, who didn't have those experiences appreciate his perspective on what the ripple effect could be from making those modifications.

Harrison says he always tries to surround himself with a diversity of thought because he wants the best product. In his opinion that comes from having people who will push against his ideas and offer a variety of experiences.

Harrison says, "You can't sit at the table and not speak up. When you have a seat at the table there comes an obligation to also speak up for what is right, and to speak against what is wrong. If that's the case, there's no reason for you to be there."

I’m humbled and excited that @JoeBiden has chosen me to lead @TheDemocrats.

Together, we’ll organize everywhere, invest in state parties, expand the map, and elect Democrats who will be champions for the working people of this country.

Out of everything Harrison has accomplished, he says his role as a husband and father to his two sons is his greatest achievement.  Harrison says he wants his sons to feel confident in their abilities and to understand that their voice has value.

Harrison says it's not only important to have a seat at the table, it is crucial to have a seat at the table. Harrison says that a person could have good intentions; however, intentions don't equate to having the experience, know how, the empathy to understand standing in the shoes of someone who has a different way of looking at the world. He says that when there is diversity at the table the end product is better.  He says it may take more time and energy but in the end, the product is stronger because it encompasses the perspective of all of those it will impact.