State arson charges have been dropped against two teen boys who authorities said set a blaze Nov. 23 that grew into an inferno that swept into Gatlinburg and parts of Sevier County five days later. 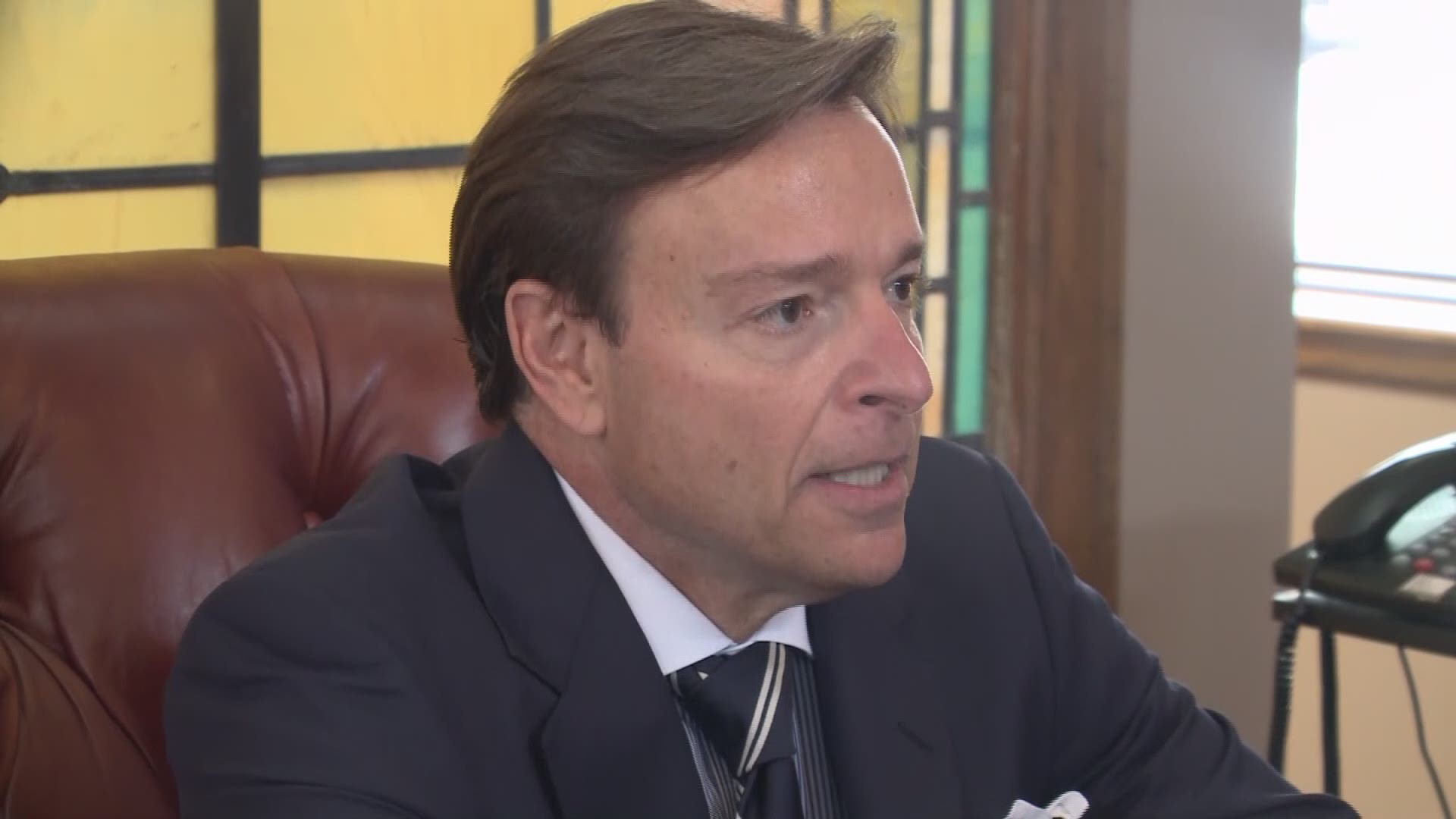 State arson charges have been dropped against two teen boys who authorities said set a blaze Nov. 23 that grew into an inferno that swept into Gatlinburg and parts of Sevier County five days later.

District Attorney General James Dunn said in a press release Friday that the state couldn't prove beyond a reasonable doubt that the original blaze inside the park that was allegedly set by the boys led to the Nov. 28 disaster in Gatlinburg.

A storm moved into East Tennessee several days after the original Nov. 23 fire. It increased the fire and drove flames into Gatlinburg and surrounding hills.

"Because of the intervening weather event, the State is unable to prove the criminal responsibility of two juveniles beyond a reasonable doubt for the devastation that occurred outside the Great Smoky Mountains National Park," a statement by Dunn reads.

According to the DA, "it became impossible to prove which fire may have caused the death of an individual or damage to a particular structure," his statement reads.

The state had no option but to dismiss the charges that had been filed in December, Dunn said.

Defense attorney Gregory P. Isaacs, who represents one of the boys, called the case Friday "an unfortunate rush to judgment."

"I want to be very clear and I want to be very unequivocal that my client and the other juvenile, based on the proof and the evidence, did not cause any devastation in Gatlinburg period," Isaacs said at an afternoon press conference.

Attorney Greg Issacs represents one of the two juveniles who faced arson charges in connection with the Chimney Tops 2 fire. The state dropped the charges against the two teenage boys on Friday, June 30, 2017.

Isaacs also said his young client, his client's family and his own staff also wanted to extend their sympathies and regard to the victims of the disaster.

According to Dunn, it'll be up to the U.S. Department of Justice to pursue any charges against any individuals alleged to have caused the Smokies fire Nov. 23.

The announcement comes seven months after the disaster swept across Sevier County - a disaster that the National Park Service had said started with a blaze set at the park's popular Chimney Tops 2 site.

A cloak of secrecy has been thrown over the juveniles' case since they were charged in December, with authorities citing their protected status as juveniles as the reason.

Here is the full release from Dunn's office on the investigation:

BLAZE IN THE PARK

The teen boys were alleged to have started a fire Nov. 23 - the day before Thanksgiving -- in the Chimney Tops 2 area.

That fire in turn grew over the next several days, although it remained in the national park. Park officials have said they monitored it closely and thought they had a handle on it.

By Sunday, Nov. 27, however, weather officials were warning that a storm could be approaching the mountains that included high winds.

On Nov. 28, the system moved in, driving the fire into Gatlinburg and parts of Sevier County.

Fourteen people died as a result. More than 2,400 structures were burned or damaged by fire.

Total loss from the fires that moved into Sevier County were estimated at about $1 billion.

Authorities charged the boys in December in Sevier County Juvenile Court. They were not named. Officials said the teens weren't from Sevier County but declined to be more specific other than to say they lived in Tennessee.

They were held initially at the Sevier County Juvenile Detention Center. TBI Director Mark Gwyn announced the charges Dec. 9 at a press conference, noting many "hours have gone into conducting interviews and investigating this incident from every angle."

The Nov. 23 fire in the park at first covered just a few acres. A week later the fire covered some 17,000 acres.

The blazes are still being scrutinized. The National Park Service is expected to release in August an internal review of how personnel handled the blaze.

<p>Lauren Meier took video of the wildfire on the night of Nov. 28.</p>

10News has made numerous public records requests of area governments and agencies, seeking information about how authorities addressed the fires beginning with the Nov. 23.

Hundreds of Sevier County workers had to scramble to find housing after flames hit Gatlinburg and surrounding hillsides.

Tourism dipped after the fires, with visitors from outside the area incorrectly assuming Gatlinburg's main tourism sites had burned. In fact, they had not, and businesses eagerly reopened as soon as they could in December.

Gatlinburg officials emphasized that the town's core survived the fire, and state tourism officials continue to tout its many attractions.

After the disaster, donors from across the country contributed millions to help fire victims. Rebuilding is an ongoing effort, although some who lost their homes have decided their loss was so traumatic that they'd rather sell their property than rebuild.