Cayce Department of Public Safety Director to retire after 35 years

After more than 35 years in law enforcement, Director Byron Snellgrove is retiring to spend more time with his family. 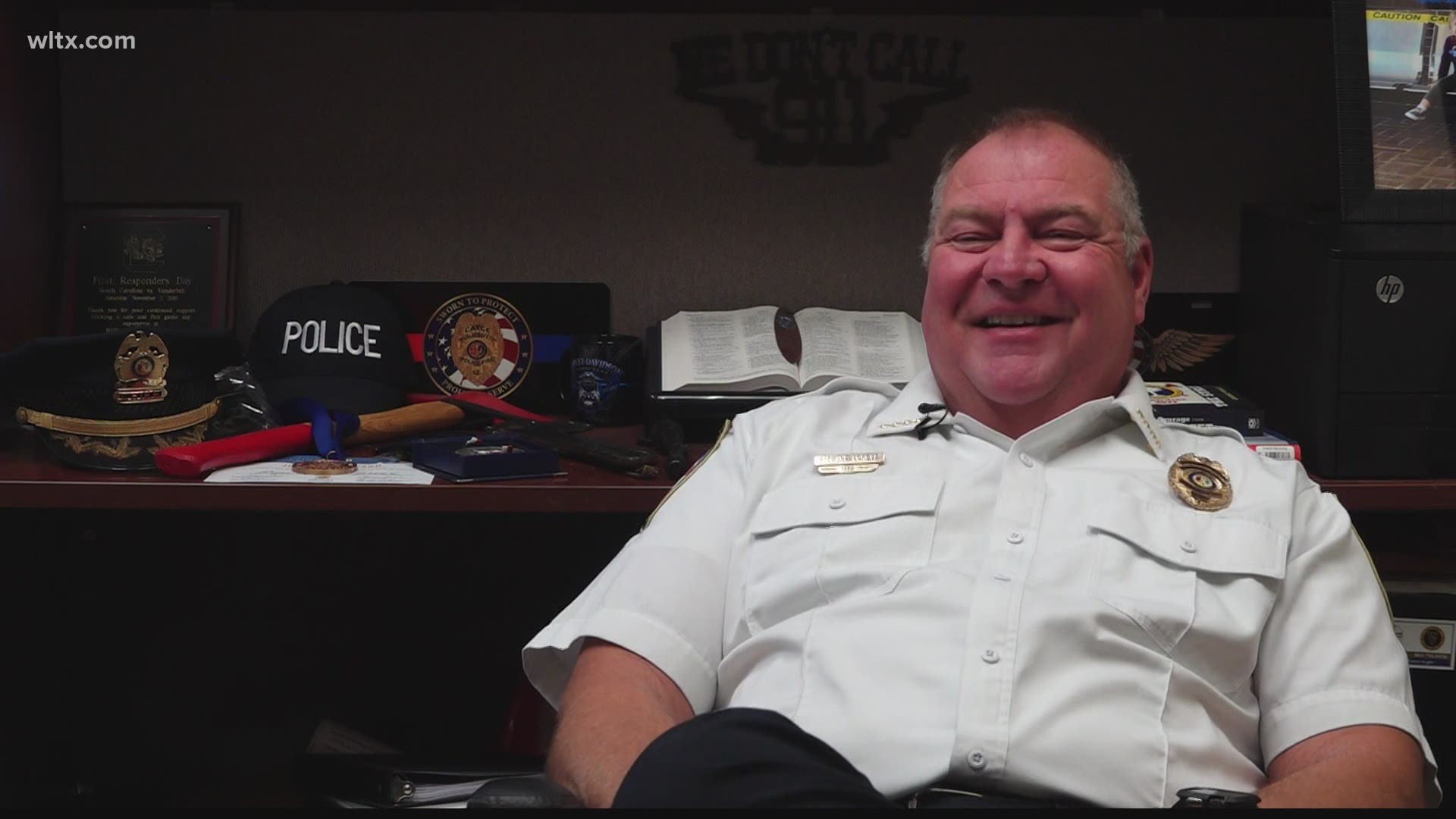 Since Director Snellgrove was a kid, he always wanted to be a police officer and a firefighter.

"My entire family were preachers and teachers, so I'm sort of the black sheep in the family by being a cop and a firefighter," said Director Snellgrove. "It's been something that I've wanted to do my whole life and I've been blessed I've been able to do it."

About 38 years ago, Director Snellgrove went to Beaufort from Atlanta. He graduated high school in 1982. Once he got settled in the Lowcountry, he got a job working in security and doing volunteer firefighting.

"In '86, I got a job with the Beaufort County Sheriff's Office working patrol and special duty stuff traffic, burglary, task force down there for a little while," Director Snellgrove said.

Snellgrove later ended up doing work for the solicitor's office in the Beaufort area. In 1990, Director Snellgrove moved up to the Midlands to work at the University of South Carolina.

"Moved into the City of Cayce and fell in love with the City of Cayce," Snellgrove said. "In '97, I started with the department here full-time and stayed until 2001 when I left to run narcotics at the Lexington County Sheriff's Office. Came back in 2012 and shortly thereafter became chief."

After some reflection, Snellgrove recently made the decision to retire from law enforcement.

"It's been coming for a while. I have been thinking about it," Snellgrove said. "When I took this job, I promised the city manager at the time that I would be here for five years, and I've been here for a little over years."

Since taking over the position, Snellgrove says one of his priorities has been to gain more respect for the department in the community of Cayce and by law enforcement in general. He has also worked on getting the department some kind of accreditation.

The Cayce Department of Public Safety has received recognition through their work and commitment to bring justice in the Faye Swetlik case in 2020.This included the Jeffersonian Award as well as another award from the South Carolina Law Enforcement Officer's Association.

When looking back on his years of service with the department, Snellgrove thinks about the people he served with and all the people they have been able to help.

"It means the world to me. I've always thought Cayce was a great place, a great place to live, a great town," Snellgrove explained. "The town's got wonderful citizens in it. They really have a lot of respect for law enforcement and fire and public safety."

When Snellgrove retires, he wants to spend more time with his family. He plans on staying in the area and living near Lake Murray.

"I'm thinking about doing some teaching referenced to child abductions and major cases and things like that. Faye Swetlik's case was a really huge impact on this department and me personally," Snellgrove said. "I'd like to be able to possibly go out and talk to departments about how they should react to situations like those."

Snellgrove's last official day with the department will be on December 31st but Snellgrove said, "I will always be there if anyone needs me."