People in Downtown Columbia give their thoughts on the school letting go Coach Muschamp and the future of the Gamecock program. 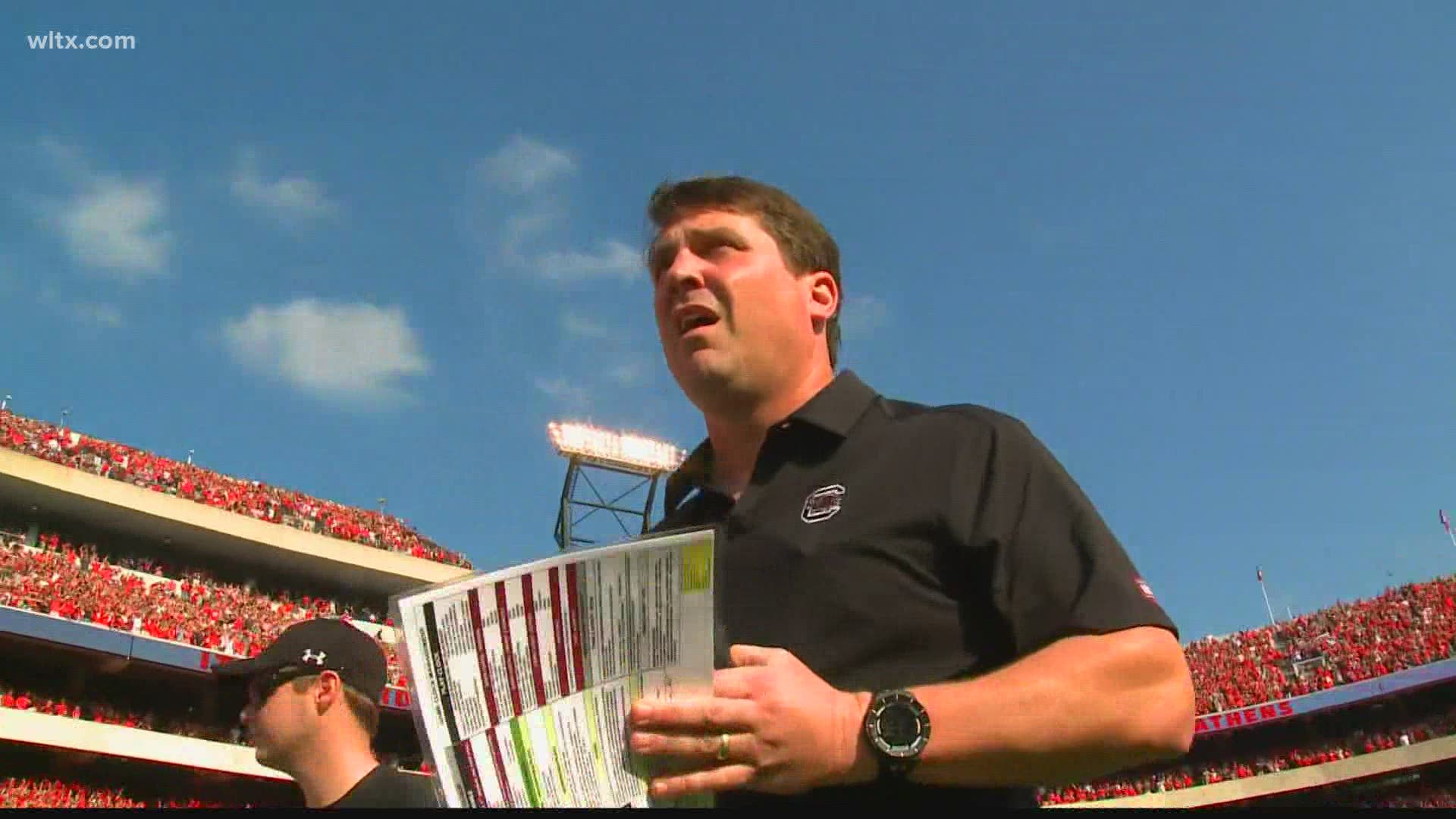 COLUMBIA, S.C. — The Columbia community is reacting after the University of South Carolina has let go of Coach Will Muschamp as the head football coach for the Gamecocks.

It was announced late Sunday night the Gamecocks would be moving on from Coach Boom who's lead the football team since 2016.

For the rest of the season, Coach Mike Bobo, who's served as the Offensive Coordinator this season, will take over the reigns. He has previous coaching experience at the University of Georgia and Colorado State.

News 19 went to Downtown Columbia and the University of South Carolina campus to find out what people make of the decision to let go of Coach Muschamp.

"I think it's definitely interesting. It was obviously a rough past couple of years," said Sean Haynes, a sophomore at the school. "I think he's doing his job recruiting but on the coaching side, it's definitely just time for a change at some point. We've been getting talented players and the results just aren't coming in."

With Coach Will Muschamp no longer the head football coach for the #Gamecocks, the community is giving their take on the decision @WLTX #StreetSquad19 pic.twitter.com/IGYcR2xy4A

Yolanda China says she would like to see the Gamecocks get back to their winning ways.

"I really think (Muschamp) was a really good guy. He's a really good coach, but you know the last three games the defense gave up over or almost over 40 points," said China. "They're supposed to be a powerhouse when it comes to defense and he just wasn't getting the job done. I had a feeling eventually they were going to eventually let him go."

As the University of South Carolina continues to search for their next football coach, people like Hunter Whitfield believe having Mike Bobo as the interim coach was the smart decision.

"It would be nice to see a Georgia man. I see Bobo finish the year out strong and get a shot at the job for next year," said Whitfield.

Coach Mike Bobo will get his first chance to lead the Gamecocks this Saturday night at Williams-Brice Stadium as South Carolina takes on the Missouri Tigers at 7:30.