'Everything has damage': Hail ruins majority of crops at Lexington farm

Severe weather and hail caused thousands of dollars worth of damage for Jason Roland of Organically Roland in Lexington. 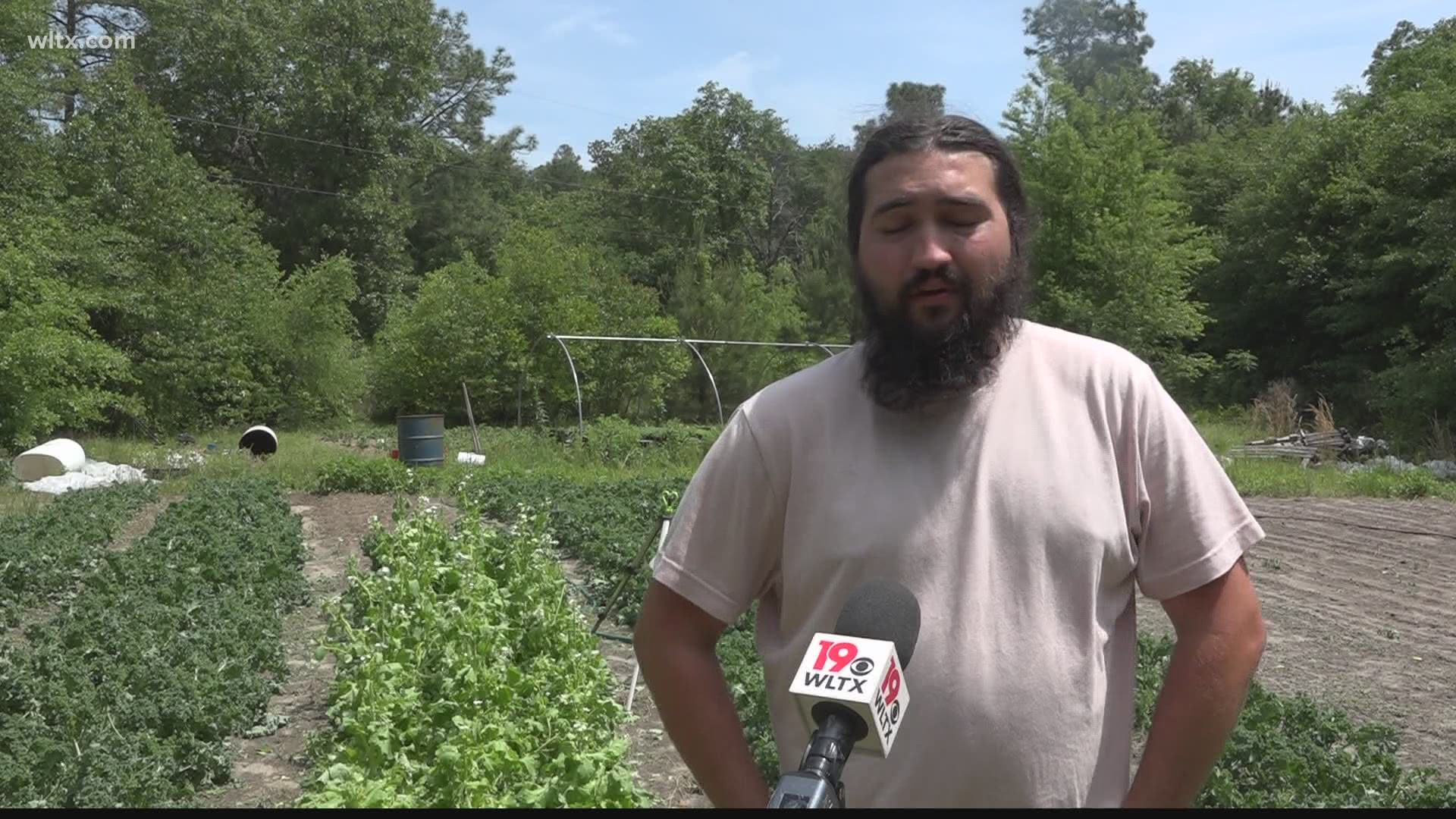 LEXINGTON, S.C. — The severe weather that rolled through the Midlands on Monday caused damage including destroying more than half of one farm’s crops.

Jason Roland the owner of Organically Roland says 60% to 70% of his crops were ruined from the hail Monday night. He said in his decade of growing vegetables and produce he has never seen anything like it, and even worse, he said there was no way to prepare for it.

RELATED: Severe storms down trees, cause damage in the Midlands

"Damage on every leaf, on every crop, everything has damage," Roland said.

Severe weather and hail caused thousands of dollars worth of damage for Roland.

"You can see where a lot of the hail knocked a lot of the berries off, it’s just amazing to me that in 15 minutes it changes your life," Roland said.

Roland said hail is a nightmare for any farmer.

“There was just about 15 minutes of just solid ice. There was no rain drops, it was just ice," Roland said. "It was like somebody opened the freezer where the ice cubs are at and just let them go and it beat the heck out of a lot of our plants and ruined probably 60% to 70% of our crops.”

A major loss for Roland, just hours before the storm his field was full of bright growing plants including kale, blueberries and many more. Now it’s just a lot of destruction.

RELATED: Farmers markets a lifeline for local farmers during the pandemic

“It’s heartbreaking because you spend not only the months of tending them, but the preparation, the buying of the seeds, the planning out 6 to 8 months ago what we’re going to plant then to see it all get taken away in 15 minutes whenever you’ve put literal blood, sweat, tears, and time and love, and appreciation into it,” Roland said.

Roland explained what every farmer knows.

“Hail, there’s nothing to do, absolutely nothing to do except watch it get destroyed," Roland said. "It’s very rare to happen and yesterday was one of those days."

But he plans to move forward and start again.

The community also jumped in to help Roland after he posted Monday night on Facebook. People wanted to help out and so far, he has more than doubled his goal on GoFundMe.