Matthew McDaniel is a volunteer with a passion of representing the voiceless. He now has his sights on a new non-profit to further his mission. 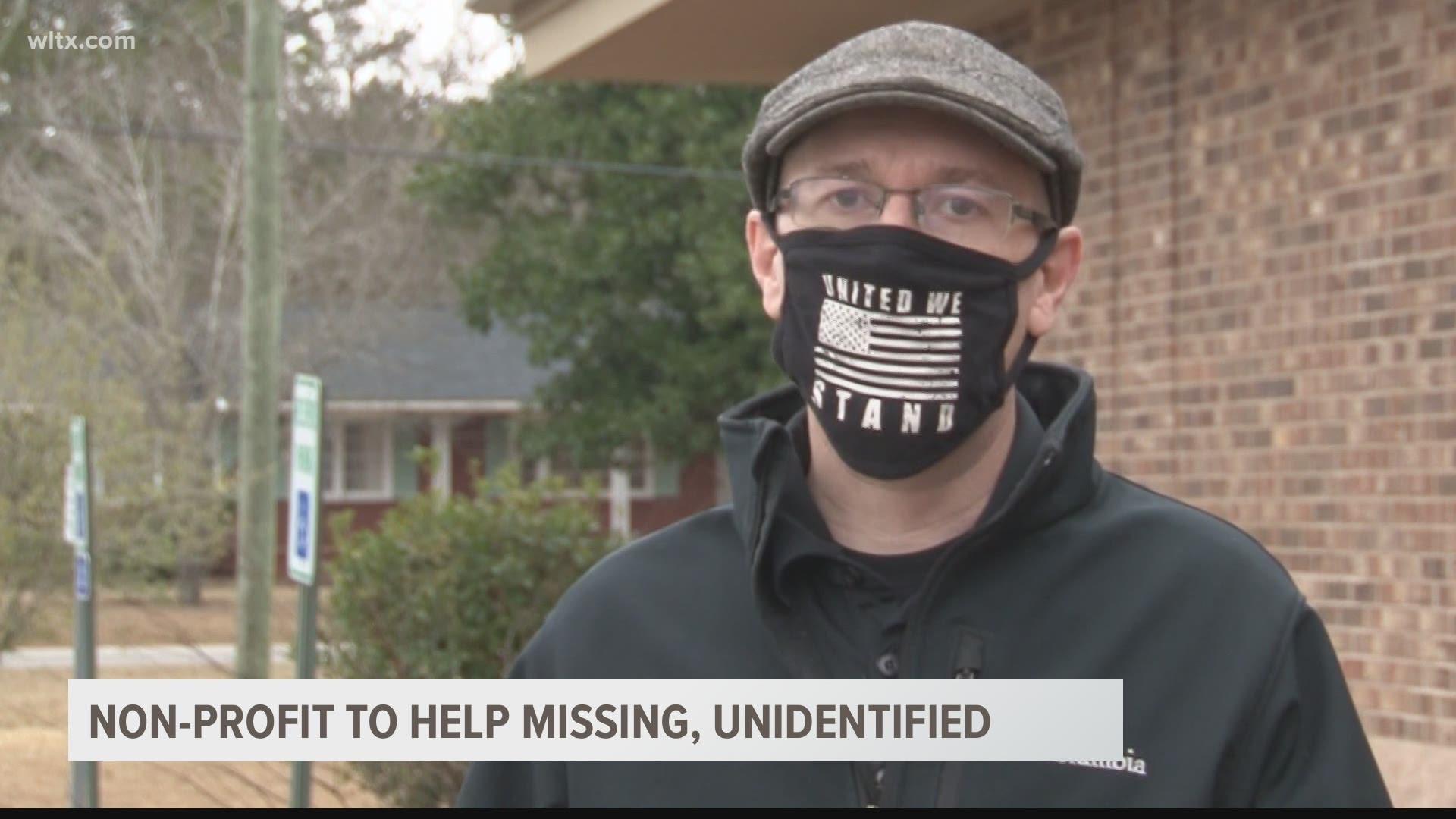 SUMTER COUNTY, S.C. — An upstate man is being credited for helping learn the identities of John and Jane Doe in Sumter County after 44 years.

Victim's Advocate Volunteer Matthew McDaniel is from Clemson, SC. He works on his own time digging into missing persons and unidentified persons cases from around the nation.

For the last eight years, he's worked with the Sumter County Sheriff's Office to track down leads in a mystery Sumter double murder case from 1976.

Wednesday, Sumter County Sheriff Anthony Dennis says a man and woman found shot to death on a dirt road of I-95 in Lynchburg was 25-year-old Pamela Mae Buckley and 30-year-old James Paul Freund.

Since McDaniel learned about Sumter's John and Jane Doe, he says he couldn't stop searching for answers.

He even created a website dedicated to the cold case.

"I think it's probably the cold, calculated execution-style type of murder that it was, and the fact that it was a couple - a man and a woman," explained McDaniel, when asked what intrigued him about the case. "It's almost unprecedented that two people were murdered and never identified."

It's a database that can help families find much-needed closure.

"Once a family member of a missing person comes forward and says, 'I think that my family member is in this NamUs database', they'll do DNA testing to see if it is," said McDaniel.

According to NamUs, Over 600,000 people go missing in the United States every year.

It is estimated that 4,400 unidentified bodies are recovered each year, with approximately 1,000 remaining unidentified after one year.

"Our mission is going to be to advocate on behalf of missing persons and unidentified persons so they have a representative out there working for them," said McDaniel.

McDaniel says he will start investigations from scratch and leave no stone unturned.

Along with accolades from the Sumter County Sheriff's Office, McDaniel is also credited with solving a missing persons case in the upstate, according to Greenville Online.

"It really requires you picking up the phone and calling people, going to those people's houses, going to those old files and re-interviewing everybody in the file," he explained. "That's what I did basically on this case."

Missing Link Finder is set to launch by the end of the year.