Molly Spearman has served two terms as the leader of the state's school system. 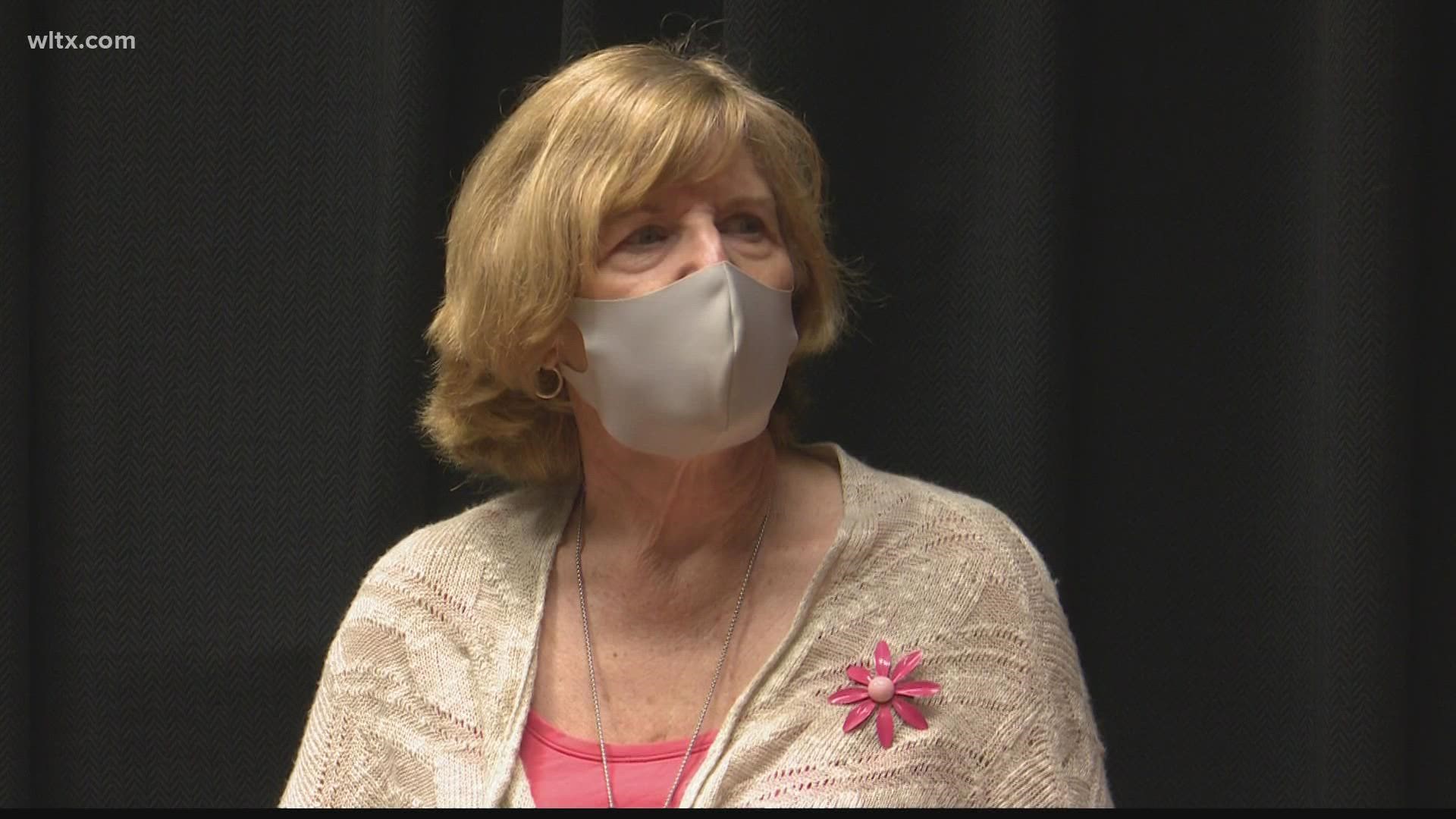 COLUMBIA, S.C. — South Carolina Education Superintendent Molly Spearman will not seek re-election, saying she wants to focus on her family.

Spearman, who's held the role since 2015, made the announcement Wednesday morning in a statement.

"I will not seek re-election," Spearman said. "Until the end of my term in January 2023, I will continue to work diligently to help us rise out of the pandemic stronger than before while advocating for the needs of our students, educators, and families."

Spearman said that after serving the state for over forty years, she says her family deserves her full attention.

Spearman first spent 18 years as a classroom music teacher and assistant principal. She then entered politics, serving four terms as a state representative from her native Saluda County.

In 2018, there was a push to make her office an appointed cabinet position, rather than one that's elected. But voters rejected that effort. However in 2021, GOP lawmakers resurrected the idea, saying they think the job should be one that the governor selects.

During the pandemic, she and Gov. Henry McMaster occasionally differed on protocols for schools.

South Carolina GOP Chairman Drew McKissick released a statement wishing the Republican well, saying, "More than most, Molly recognizes the power a strong education has on a child's life. Education empowers our next generation, regardless of their zip code, gender, race, or income, and she's worked hard to ensure children receive that education. We are grateful for her contributions to our state and Party and wish her well in this next chapter."

Here is Spearman's full statement on her decision.

“A strong public education system that offers every student, no matter where they live, the opportunity to be prepared for a successful and productive life is key to the future of our state, nation, and world. I have been honored to serve and devote my life to this important work first as a teacher and principal, then as a legislator, senior staff member at the Department, an education association leader, and finally as State Superintendent of Education.

When I took office in 2015, South Carolina was using nationalized Common Core State Standards, had one of the lowest teacher pay rates in the country, had a dangerous, antiquated school bus fleet, our small, rural school districts were operating inefficiently, and the needs of our state’s workforce were not being met.

Despite these challenges, we have made tremendous progress. We brought together South Carolina’s brightest educators, parents, and business leaders to write our own South Carolina College and Career Ready Standards. We pushed for additional funding for teacher salaries – raising starting pay nearly twenty percent and across the board salaries ten. We put a laser focus on modernizing our school bus fleet through innovative purchasing and technological advances giving us one of the most efficient fleets in the nation. We retooled our system of school improvement ensuring that each struggling school and district had boots on the ground support day in and day out along with a plan of action for improvement. We helped small districts prepare for the future while expanding opportunities for students through shared services and consolidation. I am fortunate to have played a role in these changes that I feel have put our students, parents, educators, and state in a position that poises us to meet the challenges that lie ahead in the face of a global pandemic.

My career in public service would not have happened without the lessons taught by my parents, and the love and support of my family, neighbors and friends. I am humbled that a little girl from a dairy farm in Saluda County has had the chance to serve her community and state for over forty years. My husband - Bill, children – Mitchell, Katie and Lee, and grandchildren - Molly Brooke and Marilyn Ann now deserve my full attention.

I will not seek re-election. Until the end of my term in January 2023, I will continue to work diligently to help us rise out of the pandemic stronger than before while advocating for the needs of our students, educators, and families."

May God continue to bless the great state of South Carolina."