The Dixie Fire in California has put more than 7,800 people under evacuation orders and threatens more than 10,700 structures. 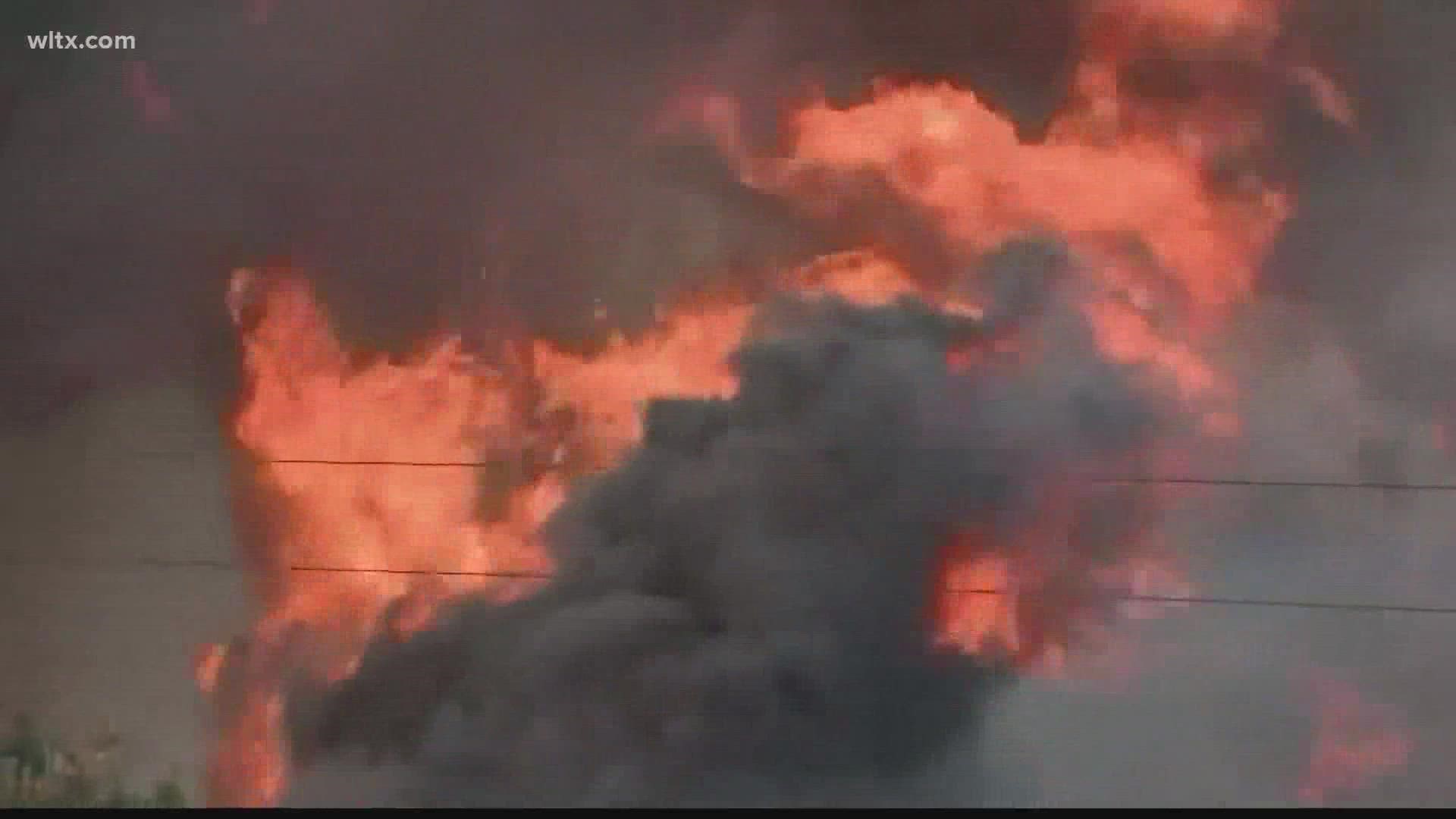 COLUMBIA, S.C. — Disaster workers from the American Red Cross of South Carolina are deploying to support ongoing disaster relief efforts in California, where multiple wildfires continue to burn, forcing people from their homes.

Red Cross says the number of volunteers deployed may change over the coming days, but they expect to deploy a total of eight volunteers to support California wildfire disaster relief from the South Carolina Region. Two volunteers from their Central Chapter are currently on-site supporting sheltering efforts in California. Six more volunteers (five from the Lowcountry Chapter and one from the Eastern Chapter) will deploy in-person and fly out Thursday morning.

RELATED: Where are fires burning in California?

The National Interagency Fire Center reports 82 large fires have consumed more than 1.6 million acres across 13 states. The Dixie Fire in California has burned more than 249,000 acres and is 35% contained. This fire has put more than 7,800 people under evacuation orders and threatens more than 10,700 structures.

Since fires began in June of this year, officials say as many as 530 trained Red Cross disaster workers have answered the call to open or support shelters and evacuation centers in Arizona, California, Nevada, and Oregon.

Red Cross and partners have provided nearly 3,000 overnight shelter stays, and thousands more are camping after being forced from their homes, according to Red Cross. Campers are welcome to come to the shelters to get information, food, showers, or just to escape the smoke.

In addition, the Red Cross says it has provided more than 21,000 meals and snacks and more than 2,800 contacts with clients.

Officials with Red Cross say you can help their efforts by calling, clicking or texting to give: visit redcross.org, call 1-800 RED CROSS or text the word REDCROSS to 90999 to make a $10 donation.