Manning Police take 'I Promise' pledge to recommit to the community

The Manning community hopes the pledge will inspire other towns to do the same, bringing people together as civil unrest continues across the country. 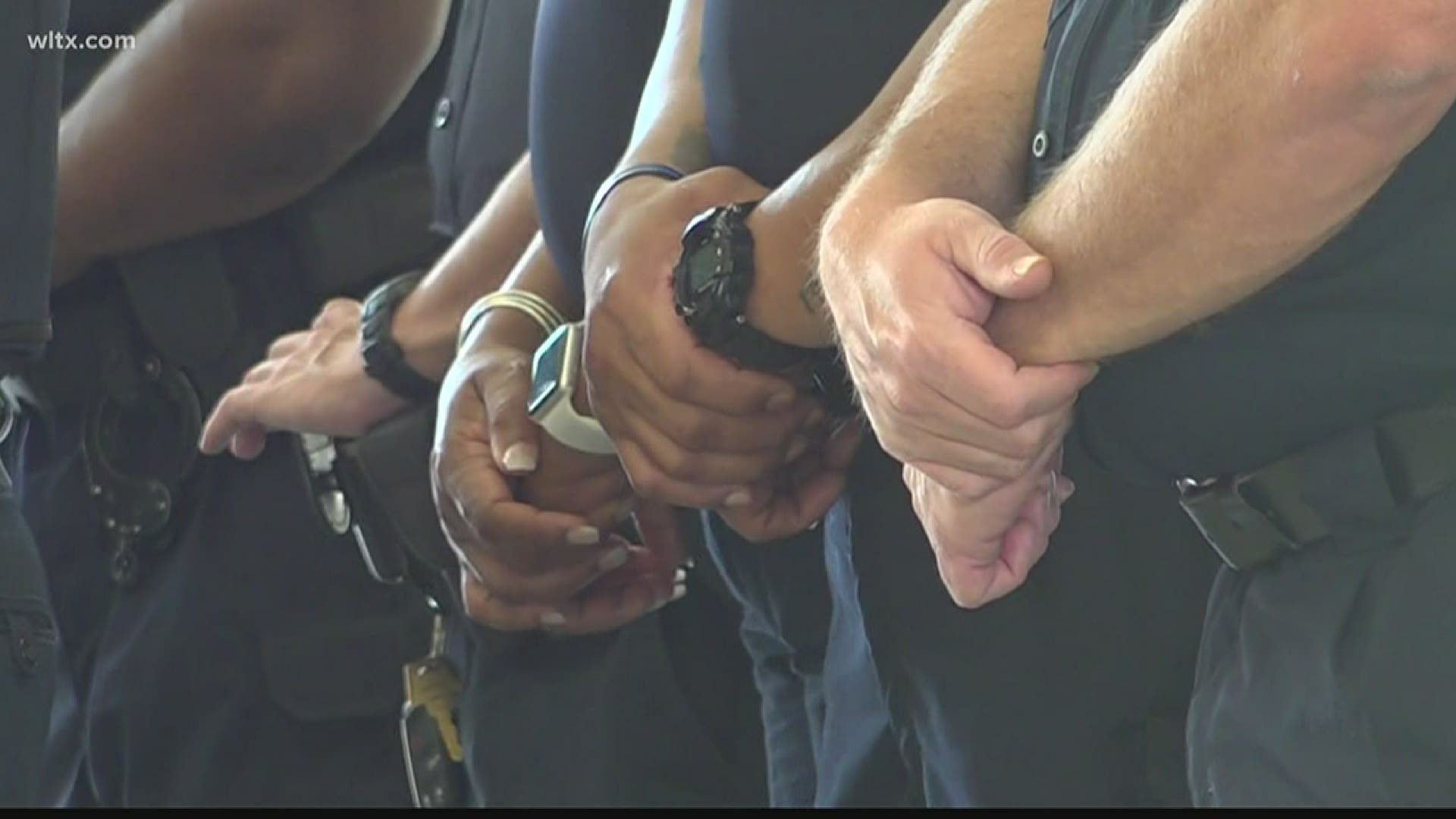 MANNING, S.C. — The Manning Police Department took the "I Promise" pledge on Thursday to show they are recommitting to serving the community while civil unrest continues across the nation.

Jeff Black, along with Mayor Julia A Nelson of Manning, created a pledge for law enforcement to recommit to serving the community.

Black was a former resident of Manning. He believes acts of kindness can help bring everyone together, not only in Manning, but across the country.

"Today was a renewal ceremony, a re-commitment, much like we all do in our lives, to just say we're going to do what's right and what's good for other people," said Black.

Officers took what they are calling the 'I Promise' pledge on Thursday to continue to remain true to their oath.

The initiative was launched after protests began across the state and the country because of George Floyd's death.

The pledge includes four different parts saying law enforcement will promise to serve the community, "with dignity and respect, treating all citizens equally, regardless of race or socioeconomic backgrounds."

Police officers also pledged to do everything they can to have a peaceful outcome and only use force when they have no other option.

Mayor Nelson believes everyone will need to work together to make a change.

"It's going to start with each individual, each man and woman that looks in the mirror, and have an honest conversation with themselves to see how they can be the change," said Mayor Nelson.

City of Manning Police Chief Keith Grice believes the pledge was a great idea and the start to change.

"We want individuals in the public when they see us, see a badge, to look at us as another individual, one of the teammates, one of their neighbors, one of their classmates," said Chief Grice. "We work and we shop at the same community. Our kids go to the schools, with their schools. We're residents of the City of Manning and Clarendon County itself so we want things to be good."

Organizers hope the pledge will inspire other towns across the state and country to take the pledge and help bring everyone together. For more information on the pledge, head to www.promise4peace.org.

RELATED: Serve and Connect talks about community and law enforcement coming together