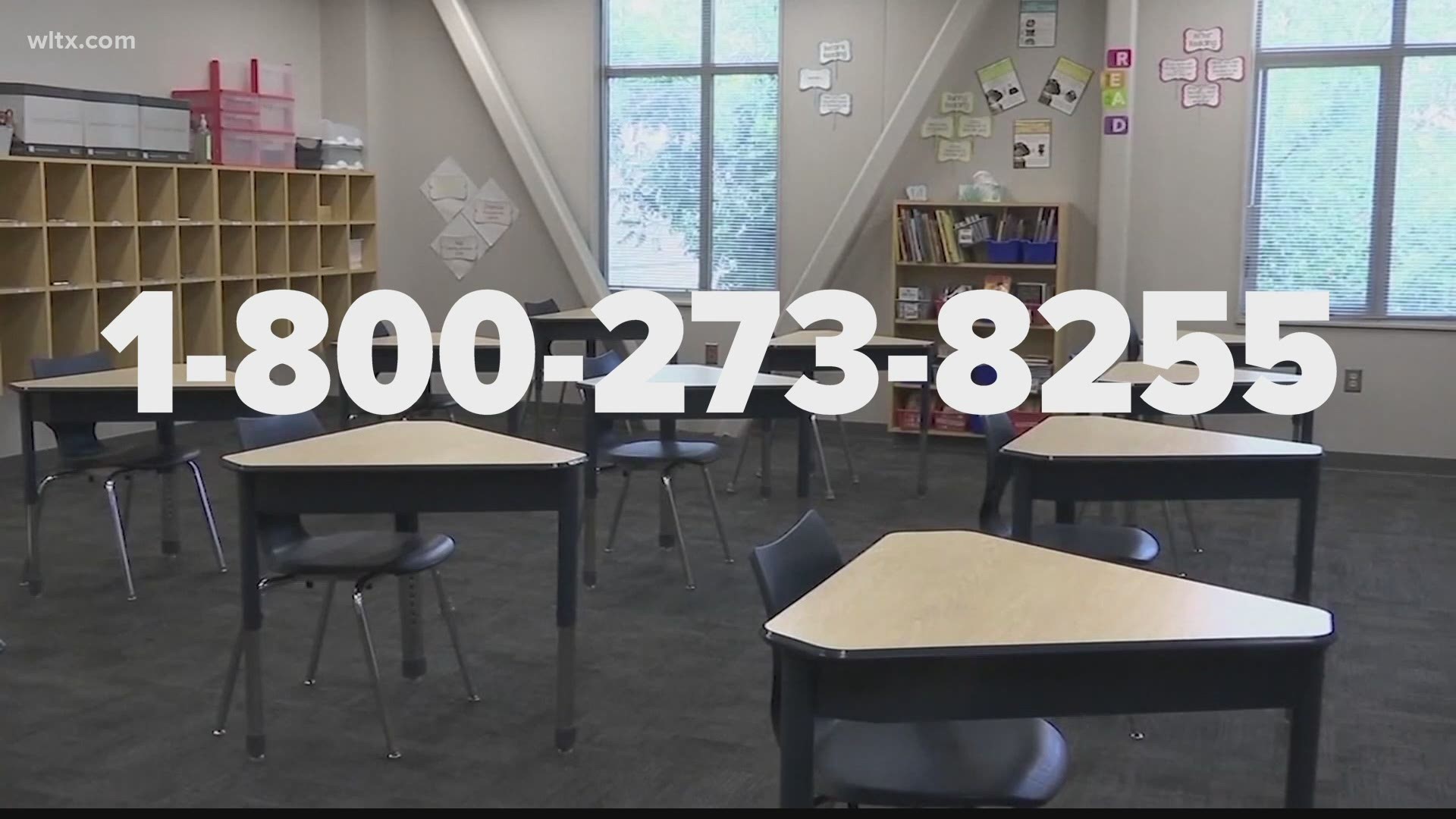 "We put it on the student ID's so they know people care for them," said rising Junior, Taylor Piver, who advocated for the bill with Mental Health America-Greenville.

"I've dealt with some family members of mine who have had mental illnesses, not just suicide or having depression," said Summerfield. "I've actually dealt with it myself."

As the founders of Teens 4 Hope, Summerfield and Piver prioritize educating their peers about mental health.

"There have been a few that have come to both of us about wanting to kill themselves," Piver explained. "The thing is, they don't want to do it. They don't want to commit suicide, but they feel they have no other choice."

While it may appear to be just adding a number to a student ID, state mental health advocates say it's so much more.

"It is a step forward in decreasing stigma and acknowledging that all of us can have days where we're overwhelmed by our emotions that may make us feel like we're in a dark place," said Jennifer Butler, Program Director for the South Carolina Department of Mental Health's Office of Suicide Prevention.

Mental health advocates say the 15 to 19 age group has the highest suicide attempt rate in our state. Ages 10 to 14 are seeing increasing rates of suicide attempts and deaths.

From June 2020 to June 2021, Butler says 38,000 calls came in from South Carolina to the Suicide Prevention Lifeline.

"The youngest caller to the lifeline this year has been seven years old," she said. "While [the number of calls] is a measure of distress, that is also a measure of when we have the number, we use it."

There's also hope the number on the ID can spark critical family conversations.

"Just like as a family when we talk about if there's a fire in a home. How are we all gonna get out safely? Who are we gonna call? Who are we gonna look for? How do we respond?" said Butler. "I want families to have these conversations about how we respond when there's an emotional fire in our house."

In addition to displaying the National Suicide Prevention Lifeline number, schools will also add an additional crisis resource center of their choosing on students' ID cards.

Today I signed the Student ID Card Suicide Prevention Act, requiring schools to provide the number of the National Suicide Prevention Lifeline on student ID cards. This will provide our students with access to a vital resource while serving as a reminder that they are not alone. pic.twitter.com/vcItPgwlTc

Butler says the next step will be to address how to get these numbers in the hands of elementary school children (grades K-6).

The National Suicide Prevention Lifeline provides free and confidential emotional support to people in suicidal crisis or emotional distress 24 hours a day, 7 days a week, across the United States. The Lifeline is comprised of a national network of over 180 local crisis centers, combining custom local care and resources with national standards and best practices. The number for the National Suicide Prevention Lifeline is 1-800-273-8255.