Among those taken into custody were a Boy Scouts leader, a corrections officer, an army lieutenant colonel, and a member of a county ethics commission. 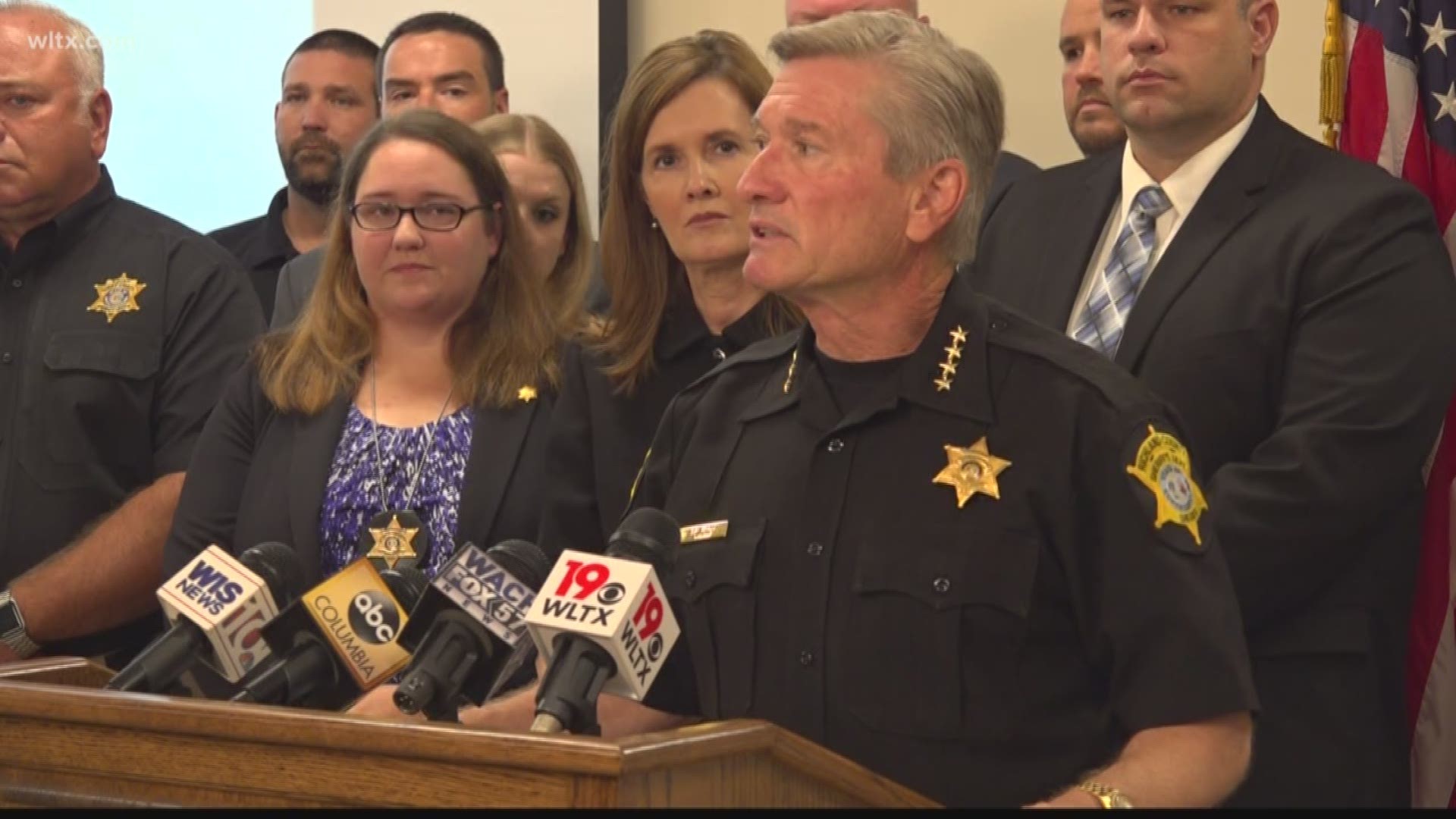 Columbia, SC (WLTX) - A recent crackdown on child sex predators led to the arrest of 38 people, including prior offenders, throughout Richland County.

Richland County Sheriff Leon Lott detailed Thursday the results of Operation Full Armor, a four-day sting that lasted from July 10 through July 13 and brought in help from multiple law enforcement agencies across the state to help.

"They're just monsters in our community," Lott said.

"They thought they were going to have 13 or 14 year old girls," Lott said. "Unfortunately for them, they didn't meet a girl, they met us. "

Lott says some sent pictures. One or two of them admitted to having over 5,000 images of child pornography in their possession. During the sting, they also arrested people for sex trafficking and prostitution.

"It was a very successful operation," Lott said.

Among those taken into custody as part of the overall investigation were a Boy Scouts leader, a corrections officer, a high-ranking officer at Fort Jackson, and a member of a county ethics commission. However, not all of those arrests involved minors. For example, the Fort Jackson officer was not charged with solicitation of a minor.

"We are aware of the allegations of misconduct by a Soldier at Fort Jackson," Fort Jackson officials said in a statement. "The Soldier has been suspended from his duties pending the outcome of the investigation. We are fully cooperating with local authorities of the Richland County, SC Sheriff's Department. The Fort Jackson leadership takes these allegations seriously. Sexual misconduct is inconsistent with Army values and the Army profession."

Twelve of the arrests were so called 'travelers'--people who go from area to area looking for victims. Others were repeat offenders.

"The only way to stop them is to put them in jail or prison," Lott said.

Lott said some the suspects go online, and actually try to groom their victims using all the most popular social media apps.

'When you think of sexual predators, the old ones are black trench coats walking around a schoolyard that's not them anymore they're sitting at a keyboard or with their smartphone and reaching out via social media," Lott said.

The sheriff promised to continue the effort.