There were five named storms in the Atlantic on Monday before Rene disapated. 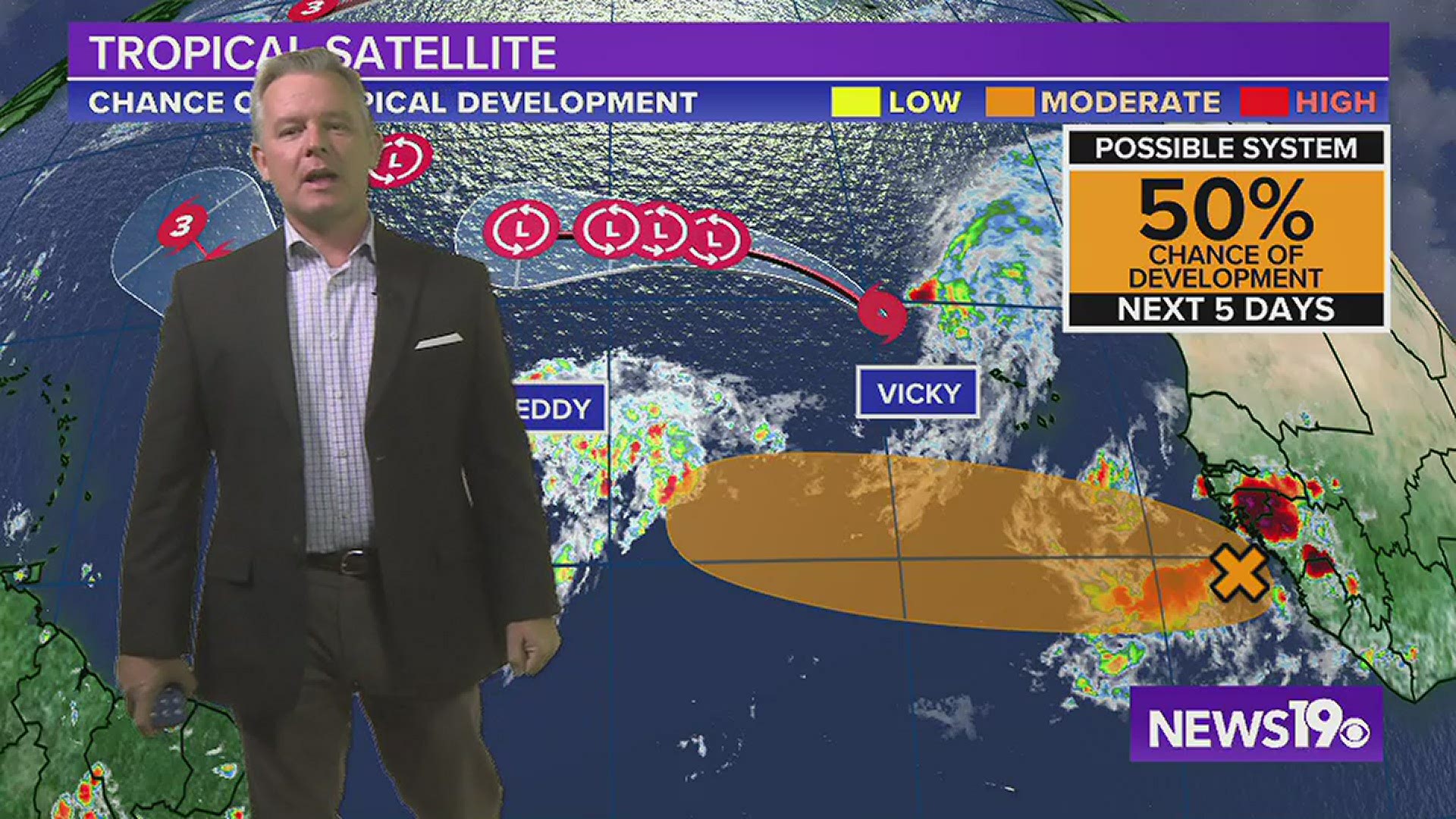 COLUMBIA, S.C. — Hurricane Sally strengthened Monday evening. The storm is now a Category 2 hurricane as it makes its way towards a landfall late Tuesday or early Wednesday.

Sally was located about 145 miles southeast of Biloxi, MS. The storm had winds of 100 mph with gusts up to 120 mph. It was slowly moving west-northwest at 6 mph.

A storm surge warning is in effect for Port Fourchon, La. to the Okaloosa and Walton County line in Florida.

A hurricane warning is in effect for Morgan City, La. to the Navarre, Fla. It is also in effect for Lake Pontchartrain and Lake Maurepas including metropolitan New Orleans.

A tropical storm warning is in effect for east of of Navarre Fla. to Indian Pass Fla.

According to the National Hurricane Center, an extremely dangerous and life-threatening storm surge is expected. Hurricane conditions are expected late tonight or early Tuesday within the hurricane Warning area.

Life-threatening flash flooding is likely, as well as widespread minor to isolated major flooding, on area rivers along and just inland of the Central Gulf Coast.

Sally is expected to impact the Midlands: Local Forecast

Here are the spaghetti models for Hurricane Sally:

At one point Monday, there were five named storms in the tropics. This is only the second time on record this has happened. The first time since 1971.

As of Monday evening, the other tropical systems will not impact the mainland United States over the next five days.

The NHC is monitoring a tropical wave located over the far eastern tropical Atlantic. It will continue to produce disorganized showers and thunderstorms.

Some development of this system is possible, and a tropical depression could form during the next several days while the system moves generally westward at 10 to 15 mph.

The NHC gives this area a 50% chance of further development over the next five days. 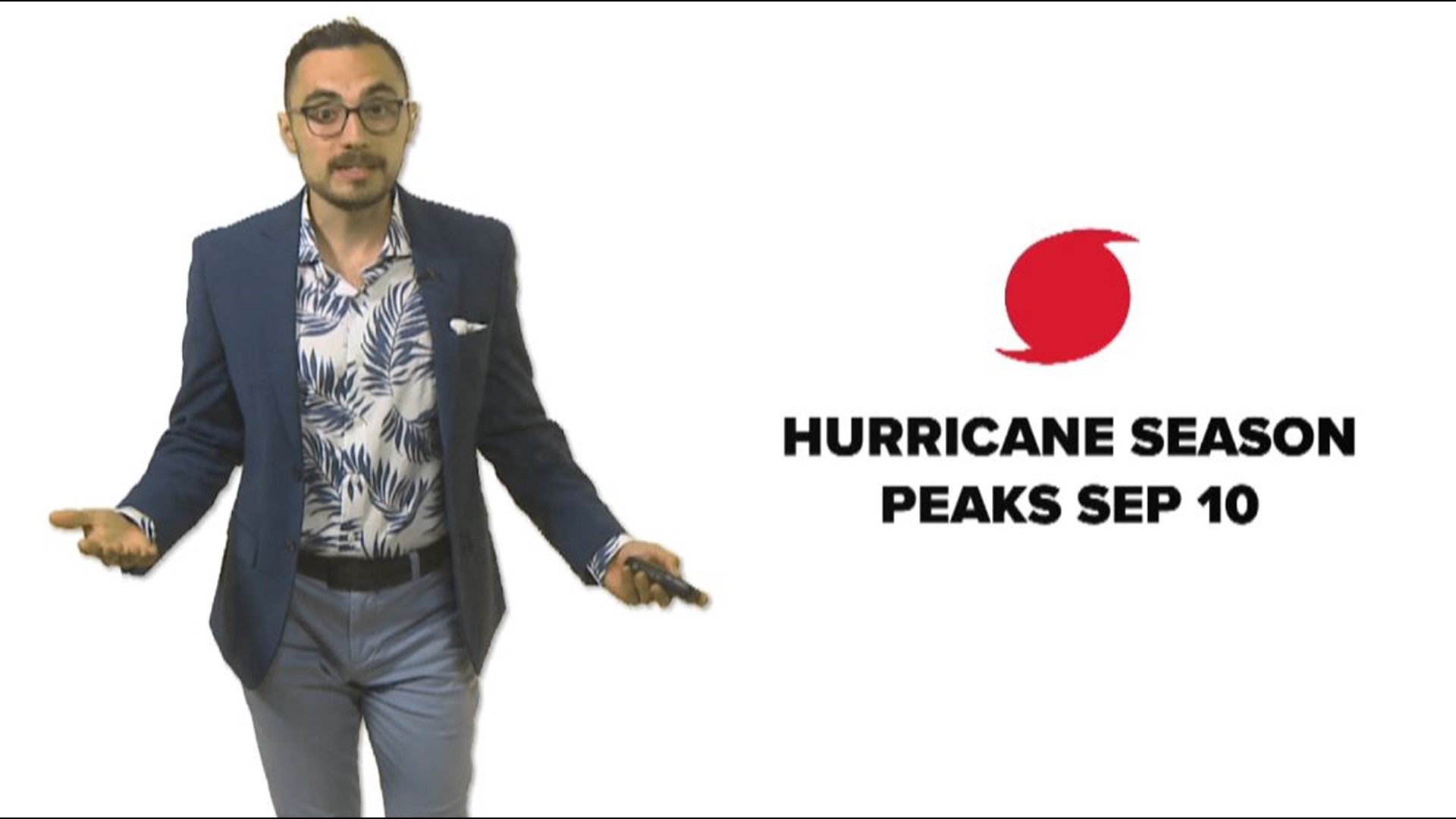 September 10th is the peak of hurricane season