The program would have spent $32 million on a series of grants to go toward private or parochial schools. 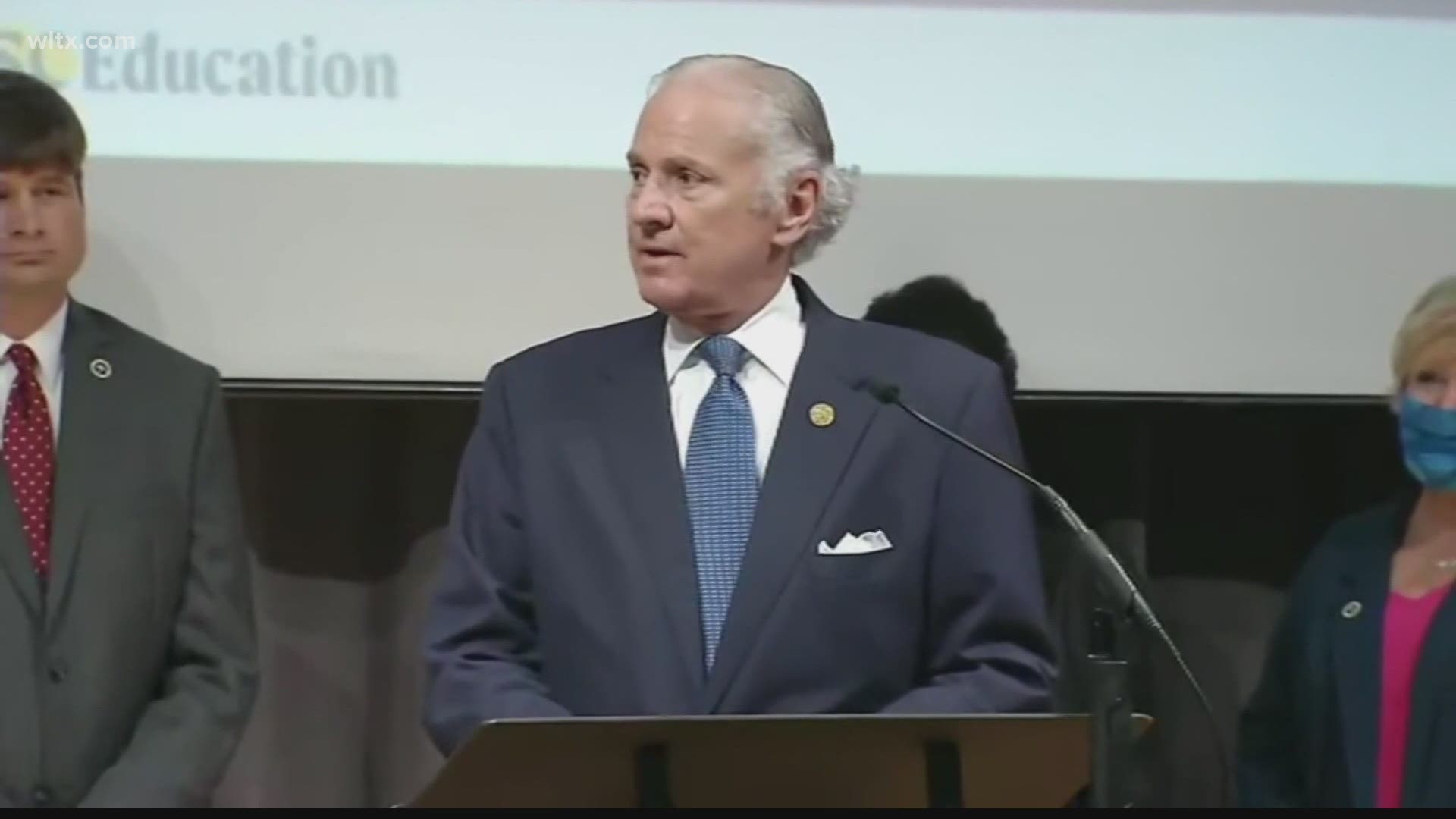 COLUMBIA, S.C. — The South Carolina Supreme Court has ruled against Gov. Henry McMaster's proposal to use some federal coronavirus relief funding for the creation of a private school grant program.

The justices announced their unanimous opinion late Wednesday afternoon, deciding that the program violated the South Carolina Constitution, which doesn't allow public funds to be directed to private schools.

"[The] program constitutes the use of public funds for the direct benefit of private educational institutions within the meaning of, and prohibited by, Article XI, Section 4 of the South Carolina Constitution." Chief Justice Donald Beatty wrote in the decision.

McMaster announced in July that he was pledging $32 million from the Coronavirus Aid, Relief, and Economic Security (CARES) Act funding to help pay for students’ tuition at private schools. It’s called the SAFE Grants Program.

It would have provided a one-time, needs-based grants of up to $6,500 that will help or subsidize the 2020-21 tuition for eligible students at participating private, parochial or independent schools in South Carolina. Approximately 5,000 grants were to be funded.

But just days after the announcement, a lawsuit was filed against him by the South Carolina Education Association and the Orangeburg County School District.

Justices took up the case and had a hearing last month.

“I remain committed to providing educational opportunity for lower income families and families with special needs at public and private kindergartens, schools, and colleges," McMaster said in a statement following the ruling.

“In addition to the lower income families directly affected by this decision, it may also place in jeopardy millions of CARES Act dollars recently appropriated by the General Assembly to directly reimburse independent private colleges and HBCUs. We will request the Court to reconsider this important decision.”