The elections agency said it's "disappointed' with the conduct of Tuesday's primary in Richland County. 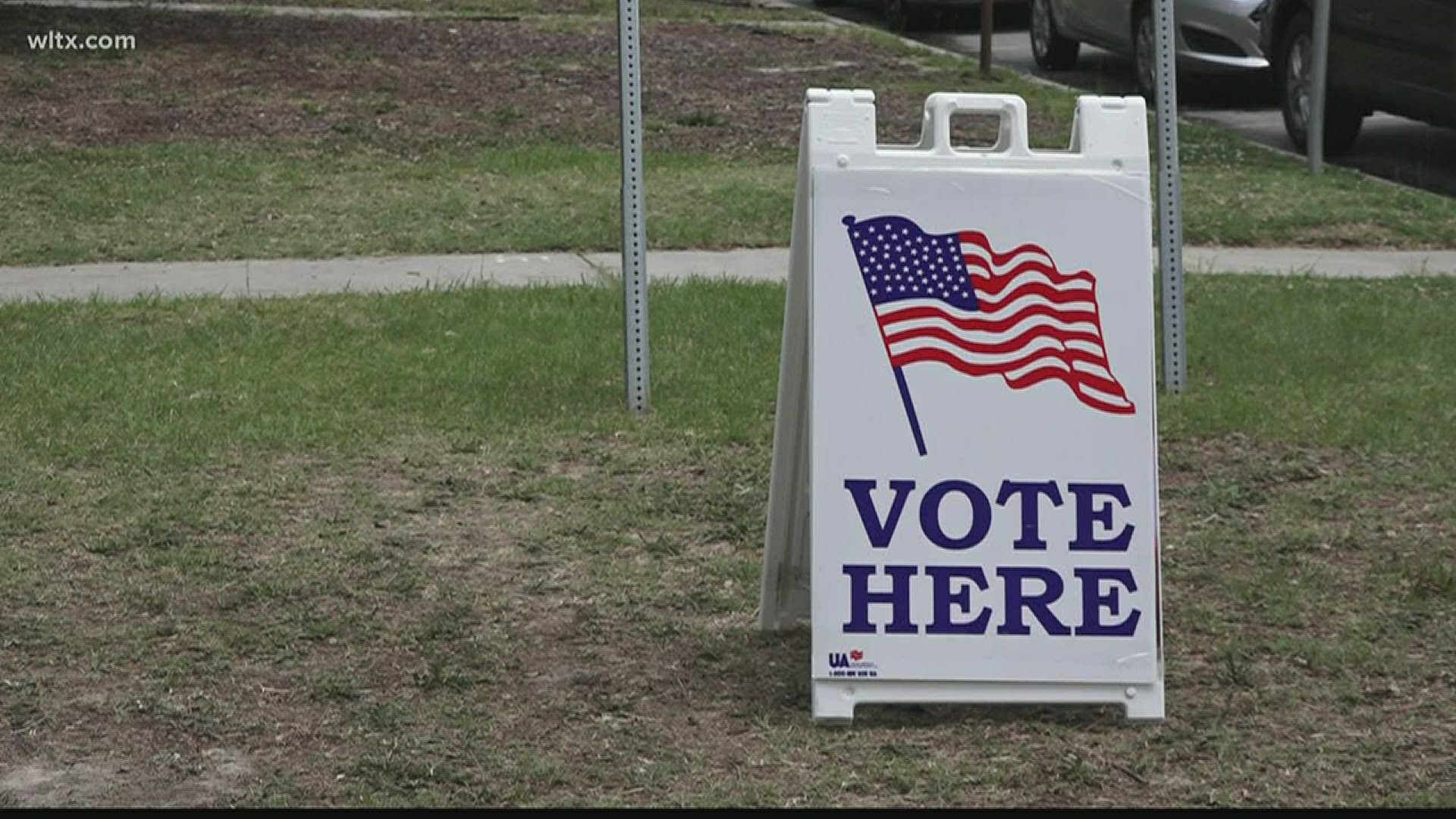 COLUMBIA, S.C. — The South Carolina Election Commission said Wednesday it will be more involved in the upcoming primary runoffs in Richland County after what it called a "disappointing" performance on Tuesday.

This comes after there were numerous problems at the polls leading to wait times that stretched several hours for those trying to cast ballots.

"We know election officials and poll managers were faced with the extraordinarily difficult task of conducting an election in a pandemic," the agency said in a statement. "But yet again, voters were unnecessarily subjected to extreme wait times and confusion at polling places."

The Election Commission said it would work with Richland County to offer better poll manager training and allocation, voting equipment testing and deployment, and help with election day operations.

The commission also said it encourages Richland County to hire a permanent election professional to lead the county election agency "without delay."

"We thank voters for making the necessary sacrifices on June 9 to make their voices heard," the agency said. "While inspiring, voters should never have to endure the challenges faced yesterday. We want voters to know the SEC is dedicated improving the voter experience in every polling place in South Carolina."

"It was a total fiasco again, and I've seen it before, and I'm tired of seeing it, and I can't figure out why we can't get people to do their jobs," said Republican Richland County Representative Nathan Ballentine.

Ballentine, who said he had constituents calling him throughout the day Tuesday, criticized how the County planned its precinct closures.

"I know you had to combine precincts, understandable. But do you put 5 precincts in one location and two in several others? And if you do, why do you have it staffed less than where you have two?" Ballentine said.

He also criticized the Richland County Voter Registration and Election Board for failing to hire a new permanent director.

"We need those answers and then we need to get an action plan. I am very disappointed that the commission botched the hire of a director. They have not had a solid director in at least 8 years that I'm aware of," Ballentine added.

The criticism continued, when Ballentine said Richland County Interim Director Terry Graham failed to send postcards to all voters about closed locations, which Ballentine said was supposed to happen after a call a few weeks ago.

Bernstein, who wrote a letter several weeks ago questioning the preparation of the County's election office, said she asked the State Election Commission to get involved.

"And that's why I'm hoping Marci Andino coming in with the resources of the State Election Commission can come and offer and streamline and facilitate these upcoming elections in working with a new elections director when that person is hired," Bernstein said.

Andino is the SEC Executive Director.

The Columbia Democrat also criticized how the Richland County Delegation, which she and Ballentine are members of, chooses board and commission members.

Both Bernstein and Ballentine said they were willing to give a second chance to the current board, which was put in power after Governor Henry McMaster fired the former board last year.

The frustration with Tuesday's primary did not go unnoticed with current Richland County Voter Registration and Elections Board Chairman Charles Austin.

"We've started this morning identifying those areas and also putting together an action for going forward, that too, begins today," Austin said.

The Chairman said they started a log of poll worker volunteer applicants and if they've been contacted, so they can keep better track.

Austin said they were focused on hiring a new permanent director by July 1, 2020.

The Chairman welcomed the help of the State Election Commission.

The Richland County Voter Registration and Election Board will meet Thursday morning to certify the results and hold their regular meeting.

The issues were first reported as soon as the precincts began. Some people went to their precinct and noticed the building was closed, even though online records showed that precinct would still be open. That forced some to drive miles away to another location.

Other people said ballots appeared to be incomplete, or they received the wrong ballot entirely. There was even one case of a poll worker writing names by hand on a provisional ballot.

"One of my clerks was giving handwritten ballots-- or they were writing in a candidate's name on a ballot, which they shouldn't have, they shouldn't have defaced a ballot. And that's something that I don't know what training they have received, what class they received, but that's not something that we have trained them to do," said Interim Richland County Election Director Terry Graham on Tuesday night.

Interim Director Graham explained why some off the problems happened. He said they had to close about half of their polling places. There was also a lack of poll workers.

"Which we did have poll workers not show up, we had a clerk just yesterday agree to work over the weekend and change his mind said he didn't want to work cause he was concerned with the COVID-19, which is understandable. And like I said, not having enough poll workers is a contributing factor to the long lines today," Graham said Tuesday.

Graham also said the social distancing requirements led to fewer machines in each precinct, as they had to be six feet apart.

He admitted staff training was not as successful as they thought. The Governor's Office sent some members of the South Carolina State Guard in to help serve as poll workers.