Elsa moving out of South Carolina after bringing heavy rain

The storm moved through the state overnight. 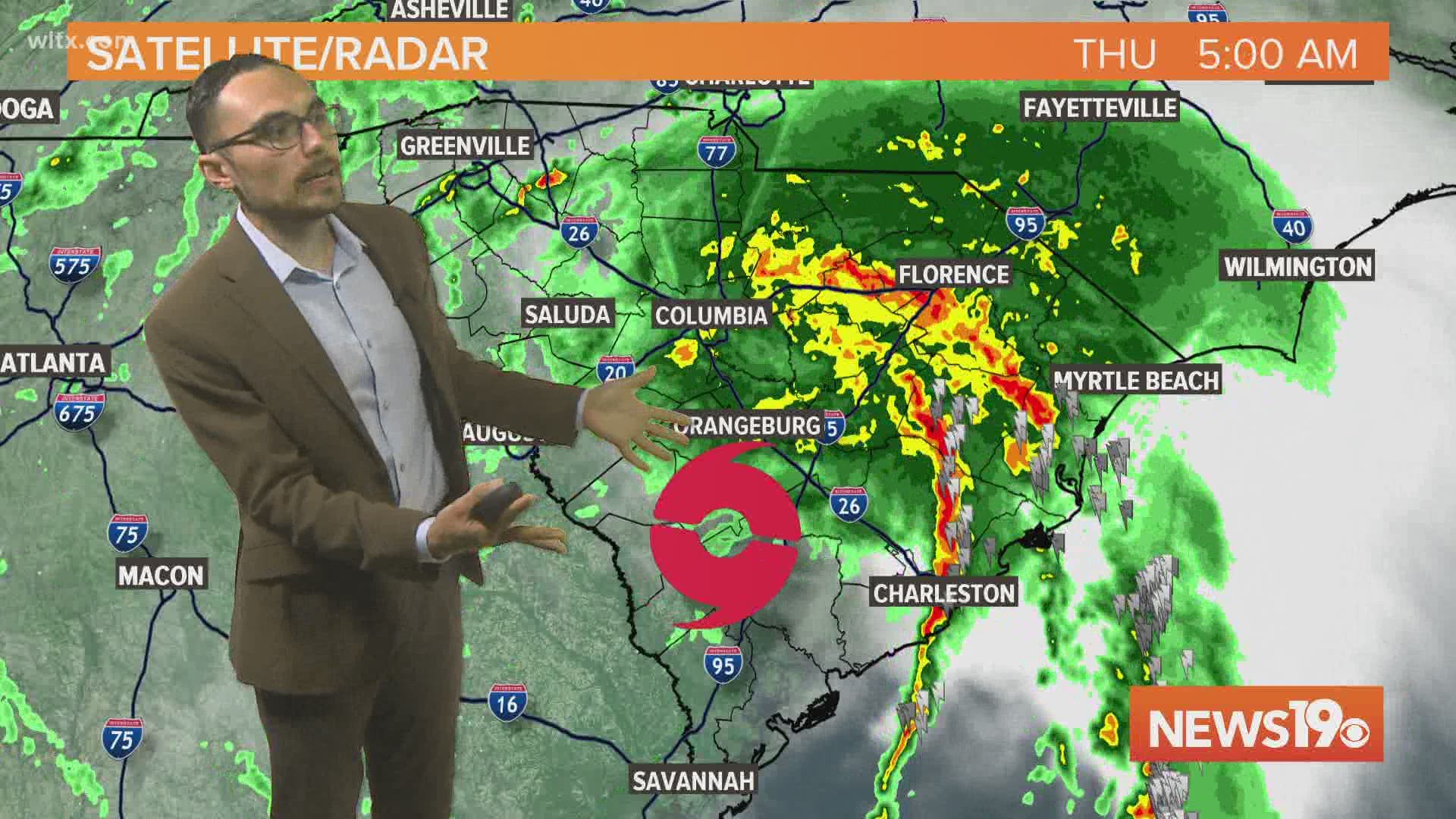 COLUMBIA, S.C. — Tropical Storm Elsa is exiting the Palmetto State after bringing heavy rainfall to the area through the morning hours.

As of the 8 a.m. advisory from the National Hurricane Center, maximum sustained winds were at 40 mph, with higher gusts. It was moving to the northeast at near 18 mph.

The storm is expected to get faster later today as it pushes through the Carolinas. It will pass near the eastern mid-Atlantic states by Thursday night and move near or over the northeastern United States on Friday.

A tropical storm warning remains in effect for the South Carolina coast up through Little River Inlet. This includes Hilton head, Charleston, and Myrtle Beach. Sustained winds 39 mph+ are possible through Thursday morning.

In the Midlands, heavy rains have already moved into the area along with the outer bands of the storm. Rain will linger through the early morning hours 1 to 3" of rain is expected in the Midlands, with gusty winds at times.

The I-95 corridor in South Carolina will see the best chance for heavy rain as Elsa's circulation passes just west. The Weather Prediction Center has issued a slight risk for flash flooding for the eastern Midlands late Wednesday into early Thursday morning including eastern Lexington, Richland, and Kershaw County, and all of Orangeburg, Sumter, Clarendon, Lee, and Calhoun county. Up to 2" of rain is possible in spots, with isolated areas of perhaps up to 4" of rain.

An isolated stronger storm could produce damaging winds or a brief tornado, but widespread severe weather is not expected. The tornado watch for Orangeburg County was allowed to expire at 5 a.m.

Winds in the Midlands will remain relatively calm, although it could be breezy at times with gusts over 20 mph. The strongest winds will occur along the coast through Thursday morning, with gusts over 40 mph. Rough surf will remain in place along all of South Carolina's beaches through the middle of the week.

Elsa will move out of the area by Thursday afternoon. Partly Cloudy skies will return, but muggy air will remain in place. Afternoon showers and thunderstorms are expected for the remainder of the week.

RELATED: Hurricane season 2021 will be 'above normal,' but what does that mean?